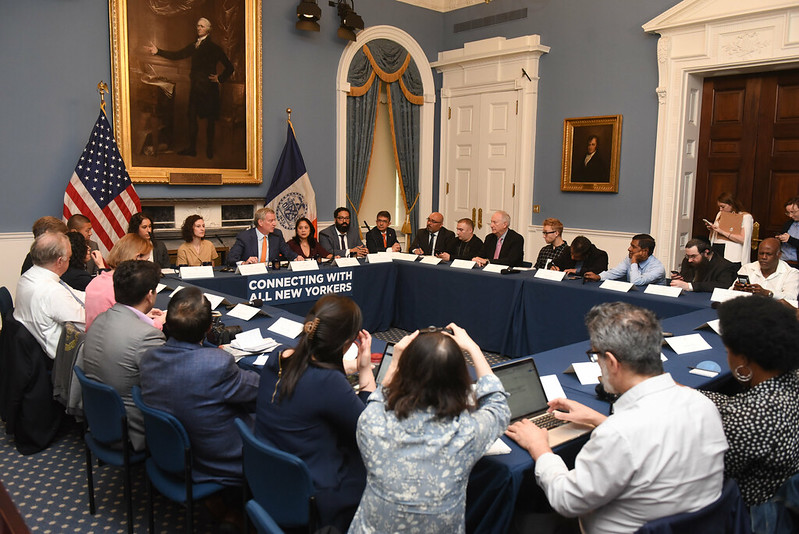 Major financial decisions in New York, such as city and state budgets and economic development deals, are typically made behind closed doors in processes that are opaque to the public and rushed through our legislatures. The recent budget deal between Mayor Bill de Blasio and the New York City Council was no different — addressing a $9 billion shortfall with contingencies and fuzzy math. It included an insufficient plan to restart our economy and will ultimately prove to be shortsighted, as we approach a fiscal crisis that will affect us for years.

We cannot meet this generational economic challenge by using the same old standard operating procedures and backroom deals. In order to create an inclusive recovery that works for all New Yorkers, we must include input from all New Yorkers.

New York was able to recover from the 1975 fiscal crisis in part because of the empowerment of a commission that led to the creation of the New York State Emergency Financial Control Board and other safeguards that were subsequently implemented.

While both the Governor and Mayor are correctly advocating for significant help in the form of financial aid from Washington, an inclusive commission of experts should be in place to implement a strategy for using that aid and back-up plans if it doesn't arrive.

The commission should include labor leaders of both public and private sector unions, whose organizations represent approximately 22% of New York City’s total workforce and provide a foundation for a prosperous middle class. Our small business community should be represented, in particular the hospitality industry that was hit so hard by the COVID-19 crisis. Voices that are too often left out of the process, such as leaders from immigrant and Black communities, tenant leaders, and others must play a central role in identifying areas of need, and the most direct means to assist New York families in crisis.

As the former Finance Chair of the New York City Council, I know that there is no substitute for expertise. Elected officials and government experts on budget and finance, including our current and former city Comptrollers, should also be important and necessary parts of this commission.

An inclusive recovery must include new sources of revenue so that we don’t have to balance our budget on cuts alone. I strongly support the full legalization of marijuana, with the revenue generated from new taxes split between New York State and the local municipalities where the sales originate. I also believe it is time to legalize the multibillion-dollar industry of sports wagering in New York in a manner that is competitive with our neighboring states. These simple policy changes will create important sustainable jobs for the 21st century.
An inclusive commission would be instrumental in ensuring that these are union jobs wherever possible, and that jobs and new tax revenue directly benefit individuals from our most vulnerable communities.

While the specific structure and role of a commission could be up for debate, there is no denying that our city will come back stronger if we include more voices in an open, honest decision-making process.

***
David Weprin is a member of the New York State Assembly and candidate for New York City Comptroller. On Twitter @DavidWeprin.