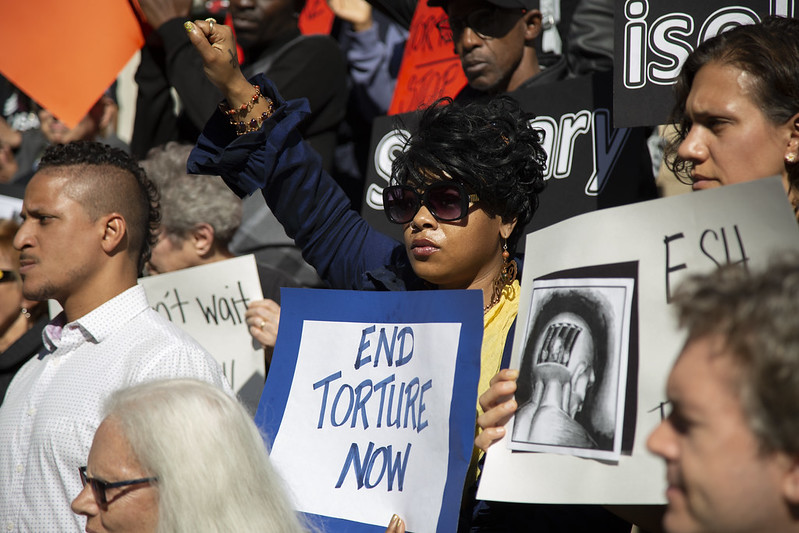 On April 14, 60-year-old Leonard Carter died of COVID-19 while incarcerated at Queensboro Correctional Facility. He had already been granted parole and, after a quarter century behind bars, was just weeks from his release date. He was the brother of one of us writing to demand change here today.

While public attention has focused on the brutality of police in Black communities, that is just the front end of a system designed to control, dehumanize, and brutalize Black people. Calls to defund the police and dismantle systems of white supremacy must be expanded to include the institutions whose role is to criminalize, cage, and brutalize Black bodies, from prosecutors to the Department of Corrections and Community Supervision.

As a formerly incarcerated Black activist, a Black New York State Assemblymember representing Brownsville, Brooklyn, and the sister of a Black man who died of COVID-19 behind bars, we know that racist state violence pervades not just policing, but courthouses, jails, and prisons, too.

Earlier this month, New York’s Legislature repealed 50-a, a state law that had been used to shield police misconduct records from public view. This was a culmination of a years-long campaign led by families of people killed by the NYPD and a critical step towards greater police accountability and transparency.

But it was simply a first step. To achieve justice for Black people, we must fundamentally shift resources away from policing and systems of criminalization and towards the community investments that truly keep us safe: education, affordable housing, quality health-care, youth programs. At the same time, we must center the voices of marginalized Black people: Black undocumented people, Black incarcerated people, Black trans people.

The Legislature must not lose sight of the devastation wrought on Black New Yorkers by the full system of mass criminalization and state violence. In our fight to defend Black lives, we must repeal the “walking while trans ban” to protect Black and brown trans women from harassment by the police. We must pass the Protect Our Courts Act -- passed by the Assembly on Monday and awaiting Senate action -- to codify a recent court ruling protecting Black and brown immigrants from the terror of ICE arrests in and around courthouses. We must pass the HALT Solitary Confinement Act to end this torture behind bars. And we must pass Elder Parole and Fair and Timely Parole to end death-by-incarceration of Black elders.

While we mourn with those who knew and loved George Floyd, Breonna Taylor, Tony McDade, and Ahmaud Arbery, we also mourn the death of Cynthia’s brother Leonard Carter. We mourn the deaths of Kalief Browder, Layleen Polanco, Lulu Benson-Seay, Benjamin Smalls, Dante Taylor, Valerie Gaiter, Samuel Harrell, and all those who have died at the hands of racist state violence, often behind jail or prison walls. In their names, we commit to the struggle to dismantle the carceral state and build the power of our communities. We call on the New York Legislature to do the same.