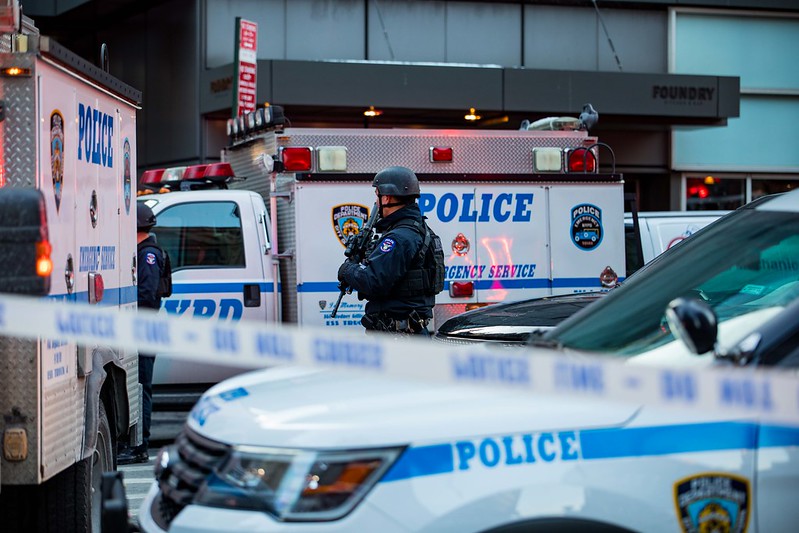 Daniel Prude, a Black man experiencing a mental health crisis, should never have been asphyxiated in the middle of the street on a snowy night, naked, begging and praying for help, held down and “hooded” with a bag over his head by seven Rochester police officers. But when something so heinous does happen – as it too often does – the public must immediately be made aware of it, and the officers must be held accountable. Instead, footage from the body-worn cameras of the officers who killed Prude was kept from the public for over five months, and the Rochester Police Department quietly determined the officers involved had done nothing wrong, despite the autopsy report clearly linking the police officers to the cause of death.

In New York City alone, 16 people experiencing mental health crises – 14 of them people of color – have died at the hands of the police over the last five years.

This needless killing must stop immediately.

The only effective way to address this ongoing issue is to remove the police from the situation entirely. Prude was a danger to no one but himself. He was scared and confused and needed help. He had a treatable medical condition. Police officers do not and cannot provide the help a person in Prude’s circumstances requires, any more than they could provide health care to someone experiencing a heart attack.

Mental health professionals, with specialized training and experience, should be responding to these situations – they can de-escalate crises and provide desperately-needed treatment. A team of trained first responders should also include “peers” who have experienced mental health crises firsthand, so they can offer the expertise and compassion an individual experiencing a mental health crisis requires.

Eugene, Oregon, already has a program in place that has revolutionized this area of public health by utilizing mobile crisis intervention teams made up of a medic and an experienced crisis worker and using trauma-informed de-escalation and harm reduction techniques. The program has been saving lives (and money) for over 30 years and demonstrates the many advantages of non-police emergency response teams.

Since then, places like Denver, San Francisco, Los Angeles, and New Haven have put similar programs in place or recently voted to implement them. Adoption of such a program in New York City is long overdue. Correct Crisis Intervention Today – NYC (CCIT-NYC) has proposed an ambitious pilot program starting in two police precincts with the largest number of 911 calls relating to mental health, where trained teams of emergency medical technicians and peers would respond quickly and compassionately to de-escalate crises and prevent harm.

While the city considers alternative models to police response, the public needs quick access to unedited body-worn camera footage of police encounters with people experiencing mental health crises. As we saw in Prude’s case, such footage exposes beyond a doubt that police are not even remotely suited to respond to mental health crises.

Unfortunately, in most places, police departments and politicians speak out of both sides of their mouths on public access to body-worn camera footage. Politicians, including Mayor de Blasio, like to brag about police reform, but too often remain beholden to the status quo.

In June de Blasio promised that much NYPD body-worn camera footage would be released within 30 days after violent incidents. Yet, the release of footage continues to be quietly delayed. For example, civil rights organization New York Lawyers for the Public Interest requested footage of the fatal police encounter with George Zapantis. Despite the mayor’s new policy, the NYPD has refused to release the footage and has not even said when or if it will be released.

Prude’s tragic and grisly death is not an isolated incident. Time and again, footage of police interactions with people experiencing mental health crises shows the utter failure of police officers to properly respond under these circumstances, and how police responses lead to the unnecessary loss of human life.

New York Lawyers for the Public Interest has been forced to bring the fight for access to body-worn camera footage to the courts. Despite a three-year legal battle with the city, including landmark court decisions requiring full disclosure of footage of the fatal police shootings of Miguel Richards and Susan Muller, the NYPD continues to systematically deny public access to footage. As was the case for Prude, whose horrific death was, until recently, known to few, video footage plays a critical role in advancing accountability and reform. The mayor must take immediate action to ensure that unedited body-worn camera footage is available to the public without delay.

Not another life should be lost at the hands of the police. It is high time for New York City to institute a system for responding to medical emergencies that is totally separate from law enforcement. There is absolutely no place for police in the treatment of people experiencing mental health crises.

***
Marinda van Dalen is a Senior Staff Attorney with the Disability and Health Justice programs of New York Lawyers for the Public Interest and lead counsel in efforts to obtain body-worn camera footage.