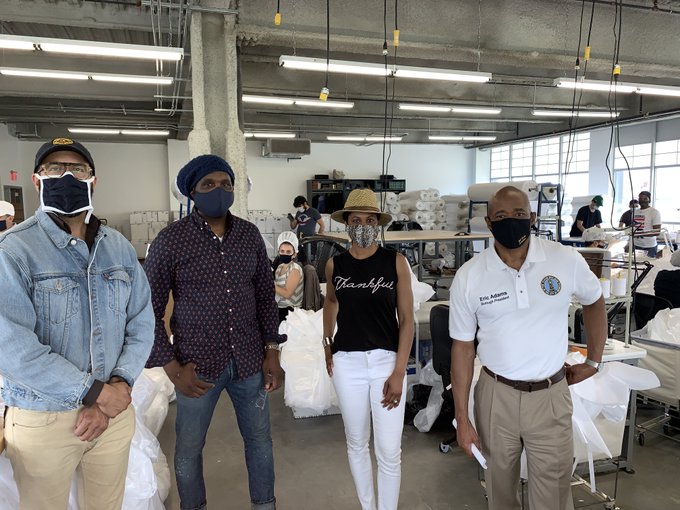 At the height of the pandemic New York City did the unthinkable in the city that never sleeps: it closed up shop. To stop the spread and protect lives, we shut down everything—including the tens of thousands of small businesses that are the backbone of our local economy.

The sacrifice was immense. New Yorkers gave up their livelihoods and put their American dreams on hold. Some lost everything.

It did not have to be this way. One good thing that Washington did during the crisis was to fund a lifeline for small businesses. Hundreds of billions of dollars of federal relief was applied in the form of the Payroll Protection Program (PPP). But far too little of that money ended up in the hands of small business owners in New York.

Why? Bias and greed. The big banks that were the main conduit for the funds did not have preexisting relationships with small businesses that needed help, especially those owned by people of color. So those businesses were often either denied the loans or outright ignored. Even worse, while the biggest banks were excluding small businesses, they were funneling PPP money to huge corporations that already had lucrative relationships with the nation’s largest lenders.

It may go down as the largest rip-off in the history of the United States—and it happened in our backyard; most of these banks are headquartered in New York. While they were arranging for big restaurant chains and major retailers to get fat government checks from the top floor of their skyscrapers, locally-owned eateries and gift shops on the bottom floor were closing forever.

Mad yet? No? This should do it: not only were those banks taking money that New York’s small businesses desperately needed and doling it out to their friends at Fortune 500 companies, but they were simultaneously getting city tax breaks.

Citibank, for example, has received more than $100 million from New York City taxpayers over the past 30 years. What did we get in return? The bank cut its city workforce in half.

Then, after covid hit, news reports were everywhere that Citibank was relocating its remaining workers to the suburbs. At the same time, analyses of their PPP loans and that of other big banks shows they favored their very wealthy clients and corporate customers over small businesses.

As the center of global commerce, New York has helped build big banks, providing the talent and tax breaks they relied on to create immense wealth. In return, the financial sector has been an important source of jobs and tax revenue for our city.

In this time of crisis, those banks should provide significantly more new small business loans and capital to boost our recovery than they have committed to so far, and hold firm on the employment promises they made in the past. In this respect, JP Morgan deserves credit for moving forward with its new headquarters in Manhattan, and being vocal about getting its employees back to work in the city.

And Citibank has also now committed to buying $50 million in loans made under PPP by smaller lenders to city employers, and making another $1 billion in loans nationwide designed to close the racial wealth gap. But if past is precedent, we can’t just take them at their word. New York City government should instead take steps to ensure big banks better serve New Yorkers going forward.

First, let’s use our leverage as a major regulator and customer of big banks. The City’s Banking Commission -- which has a three-member board of the mayor, city comptroller, and commissioner of the Department of Finance -- has the power to determine which banks can operate here, hold city government’s billions of dollars in deposits, and handle our bond issues. Our comptroller also plays a key role in choosing which banks manage our pension funds.

That’s a lot of leverage to force big banks to do right by New Yorkers. We should use it. We should also use the city’s deposits to significantly expand the program to capitalize local lenders, referred to as CDFIs, who loan to our smaller employers and already have deep relationships with minority-owned businesses.

Finally, there are 360,000 households in New York that are unbanked and another 780,000 households that are underbanked, meaning they rely on sketchy services such as check cashing and payday loan parlors. The city should work with landlords and larger banks to offer discounted space -- which is unfortunately now much more available -- in lower-income communities to open branches to help those New Yorkers improve credit, access financial tools, and build savings and wealth. And those banks should hire locally for those branches.