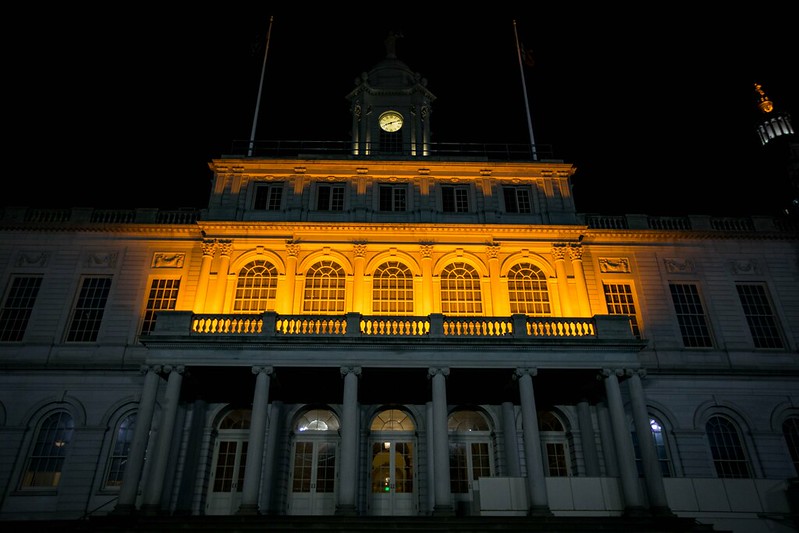 The Friday after George Floyd was murdered, I sat in my Harlem apartment seething. For the first time since 2012 I could not join the protests. The lobbying firm I worked for asked me to review a City Council hearing and take notes for a client. No capacity to pay attention, I just took the notes.

Civil rights organizations spoke, law enforcement agencies followed, one legislator after another yelled louder than the previous about racism, the prison industrial complex, and companies making ungodly amounts of money from this system. One of these groups was a client that we worked with on different issues. But, as the hearing was nearing the end, the company I was taking notes for was called out by name for charging exorbitant fees and fines to families with incarcerated loved ones. It stopped me in my tracks. My confusion turned into a blinding rage.

As a Black man in America, I long ago learned the ugly history of our prison system. I know vagrancy laws criminalized former slaves unwilling to work on plantations. I know Black people were jailed for perceived disrespect of white folks. We went to jail for voting. And whenever a person goes to jail every part of the process from arrest to probation becomes a money grab by the state and corporations.

I know this because at that exact moment one of my siblings sat in a jail cell. During a mental health crisis in the winter of 2019, they ended up in jail after an altercation. They refused to speak to my family or their lawyer. What should have been an evening in jail turned into a few days, then a few weeks, then a few months. A judge ordered a mandatory psych evaluation and deemed my sibling unfit to stand trial. The system crawled to take care of their housing and mental health needs while my sibling was in jail. At the time I was taking notes for this client, they had been in jail for five months and my family was dealing with the prices that companies charge for simple phone calls.

I could not cope with the distance between my experiences as a Black person in this country and the amoral position I was expected to take as a lobbyist. I felt the crushing weight of every Black person who has faced a similar dilemma struggling between financially supporting our loved ones and shackling ourselves to our own oppression. My mental health started to decline under the trauma and stress. I began to have nightmares. I took off work to clear my head.

Growing up my family almost never discussed politics. In fact, they hated it. No one in my family believed the political system benefits people at the bottom of the well like us. Inspired by President Obama's grassroots campaign, I started my career in politics heeding the call to fight cynicism and apathy, and rise up to bend the moral arc of the universe in the direction of justice. My work with that client was the opposite of justice and I knew it. The fog cleared and my path was obvious.

I returned and told my boss I couldn’t work for this client. I heard the usual excuses that this client does more than just services for prisons. I was told that we represent clients who also advocate for ending the racist criminal justice system. Sometimes we help corporations do things we may object to so we can advocate for nonprofits who couldn’t afford us otherwise. To paraphrase, we do a little bad to do some good.

This is indicative of why lobbyists are America’s most reviled professionals. A Gallup poll found 71% of Americans believe that lobbyists have too much power and only 7% believe lobbyists are highly ethical or honest.

Lobbyists actually have an important role to play as guardians of our democracy: the business world needs their expertise, nonprofits work with them to secure funding and policy changes, and they should serve as connectors between legislators and constituency groups. Every lobbyist has a responsibility to hold themself to a strong standard of justice.

Please understand, I worked with good people who want to do the right thing but they are hemmed in by an industry culture that largely requires detachment, amorality, and indifference to the greater good.

It wasn’t always so, America’s first known lobbyist was a Revolutionary War patriot hired by fellow veterans to demand the federal government pay our soldiers the compensation they were owed. In the Progressive Era, the political class advocated to improve working conditions and labor practices. Lobbyists expanded educational opportunities, sought humane living conditions for the poor, and fought for civil rights.

As our nation confronts a global pandemic, faces a reckoning with deeply embedded racism, and fights catastrophic wildfires and hurricanes brought on by climate change, it’s time for lobbyists to return to those roots.

Black Lives Matter activists protest every day demanding we reimagine public safety. Newly-elected young progressives struggle to pass laws to make government work for ordinary Americans. Nonprofits and schools are squeezed at every turn. Where are the lobbyists? Mostly, they are making sure we don’t tax billionaires while shoring up corporate profits.

Lobbyists are vital cogs in the political ecosystem, they are highly sought after and well-compensated for their expertise. Lobbyists are former elected officials, labor leaders, and government staffers who know more than almost anyone how our political institutions function. They are uniquely situated to research and diagnose problems, create solutions, and pressure elected officials, the business community, and the public to implement change.

Lobbyists can easily be part of progressive change. They must reorient themselves by doing three things:

Advise clients towards justice. Before accepting a contract, a lobbyist must first ask, what is the goal and is this in the public’s interest? Then counsel the client in creative ways to get there. For example, gig employers who can’t afford to take on employees but want workers to have sick days, health care, and retirement might find a solution in pooled benefits.

Ban clients from giving money to politicians. Hiring a lobbyist is always an attempt to influence government. If the clients of lobbyists are giving money to those making the rules, you will not be able to convince the public that such transactions are not corruption. Perception is reality.

Be an organizer. Lobbyists have a responsibility to organize constituencies--corporations, nonprofits and citizens--to solve big problems. Lobbyists need to leverage their collective knowledge and expertise, their trusted relationships with elected officials, and their clout in the business community to help shape our democracy into one that secures life, liberty, justice, and prosperity for all.

If “government is simply the name we give to the things we choose to do together,” as former U.S. Rep. Barney Frank of Massachusetts once said, then lobbyists must instill values of justice into every aspect of their work. By dedicating themselves to work for the public good lobbyists can save democracy and restore the American dream.

***
Paul Hypolite is the founder of Leading with Our Values, a government relations and public affairs firm committed to economic, racial, gender, and environmental justice.