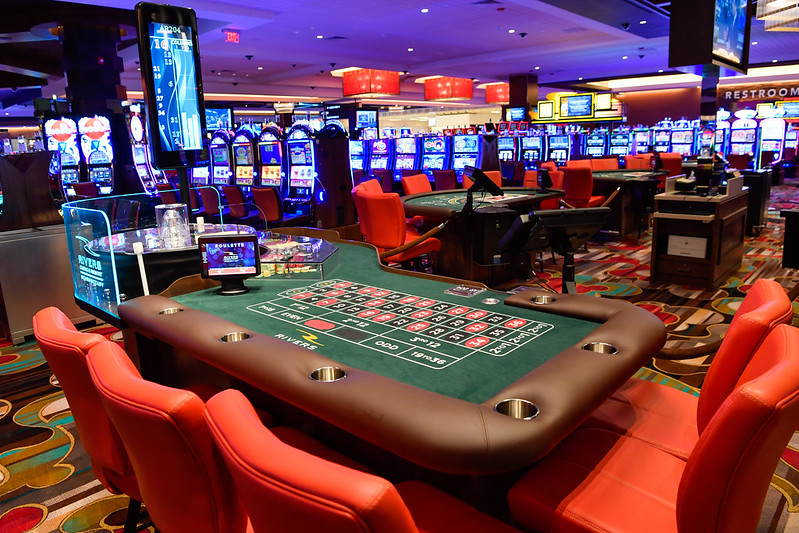 Full casino gaming downstate should be on the table, the author says (photo: governor's office)

Back in 2013, the Hotel Trades Council (HTC) — the union I lead that represents nearly 40,000 hotel, hospitality, and gaming industry workers across New York City and the surrounding suburbs — negotiated a landmark contract that nearly doubled workers’ wages, guaranteed free family health care, and provided retirement security to over three-quarters of employees at Resorts World, the city’s one and only casino. This was the beginning of the pathway out of poverty and into the middle class for thousands of New York families.

More recently, the union was able to negotiate the same agreement for Empire Casino workers in Yonkers after they chose HTC as their bargaining representative. Now, especially as we look into the uncertain future of a post-COVID-19 economy, we have a unique moment to double down on that economic opportunity. By converting to full casino gaming operations in the downstate area we can create thousands of jobs and generate billions of dollars in tax revenue and funding for our education programs at a time when the state faces an unprecedented economic crisis.

The contract between the union and Resorts World New York City raised the median hourly wage for workers from $11 in 2012 to nearly $35 in 2020, a 218% increase, giving our members a median annual salary of almost $73,000 today. It lifted an overwhelming 76% of workers off of government assistance for food and medical care, with enrollment in medical plans jumping 20% due to the union’s cost-free, premium health-care plan. And the large majority of workers — 70% — have said they have more supplemental income to cover bills, rather than living paycheck to paycheck. At Empire Casino, workers’ wages have more than doubled since HTC began representing them in 2019, and they now enjoy a host of additional benefits including real health and retirement benefits.

With 83% of these workers being people of color, there is no question that gaming industry jobs have had a transformative impact on marginalized communities. Nigel Ramsammy, a security guard at Resorts World for seven years, worked two jobs to afford his mortgage and to provide health care for his family before this contract was secured. When his son was diagnosed with cancer, the new union health benefits allowed his son to receive treatment at the best hospital in New York—and his family didn’t have to pay a cent.

Natalie Abreu, kitchen steward at Resorts World, was living in a homeless shelter with her three children. Because of the union deal, her salary more than tripled; she now makes over $33 an hour, lives in a 4-bedroom apartment with her family, and has reliable health-care and retirement benefits.

Thousands of families like Nigel’s and Natalie’s lead completely different lives thanks to these casino jobs. As the city and state continue to battle a deadly pandemic and the worst economic crisis in decades, allowing existing gaming operators to convert to full casino operations can protect thousands of jobs and add thousands more that all come with the best health care and wages in the gaming industry nationwide. Full gaming operations can help create tens of thousands of jobs, including good-paying union construction and gaming jobs, as well as billions of dollars in wages, tax revenue, and funding for state education.

These facilities’ critical roles as good employers have continued well into the COVID-19 pandemic. Both Resorts World and Empire Casino entered into safety protocol agreements with the union that commit them to strict measures intended to keep both workers and casino guests safe during the pandemic. Critically, they also extended health-care benefits for those who remained unemployed due to reduced operations and even gave workers additional income to supplement their unemployment benefits to keep them afloat.

Allowing for full casino licenses downstate will also generate critical revenue for the state as it grapples with covid-induced budget deficits. With a projected shortfall of $14.5 billion, state government may be forced to cut education funding by as much as 20% — a devastating blow to public school systems already facing existential obstacles from the pandemic. By converting existing casinos in Yonkers and Queens to full-fledged operations with live gaming and sports betting, the state would see an immediate and significant boost in licensing fees, new tax revenue, and funding to avoid deeper cuts to education, transportation, and health care.

Not only would full casino gaming  help bring us out of the immediate crises, but it would facilitate long-term employment opportunities and bring in a huge share of annual funding for education in hard-hit communities in the Bronx, Queens, Yonkers, and Mt. Vernon. These casinos would be huge benefactors to New York City public schools. Since its inception in 2011, Resorts World NYC has generated over $3 billion to state education, and is the largest taxpayer in the state. During the same period, Empire City Casino in Yonkers contributed $2.66 billion to state education.  These numbers could jump far higher.

As someone who has the honor of representing tens of thousands of hard-working hospitality and gaming industry workers who have been among the hardest hit by the COVID-19 crisis, I’ve seen firsthand how this industry that is so essential to New York’s economic recovery can be better leveraged to help our state and its people during this critical moment.

With full casino gaming in the downstate area , we have an opportunity to help revitalize the tourism sector while creating thousands of secure, high-paying jobs under the best labor contracts in the nation; fund our children’s future through higher tax revenues; and restore a path to the middle class for thousands of New Yorkers.