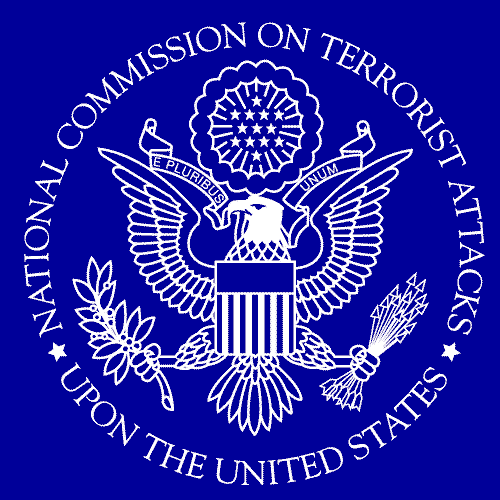 Theresa McGovern, whose mother was killed in the attack on the World Trade Center on September 11, was bothered when she heard about Bush/Cheney campaign ads featuring images of Ground Zero. But several weeks later, when the 9/11 Commission began to raise serious questions about how the administration had performed before the attacks, she was beside herself.

"I feel even worse about it because they’re making a commercial about it and they didn’t really handle it very well," said McGovern, after traveling to Washington to hear the testimony of national security advisor Condoleezza Rice.

For some of those who lost family members on 9/11, possible intelligence failures leading up to the attack have grabbed their attention since the day of the attacks. As the last round of the commission’s hearings showed, these are issues that can provoke wide public interest; some have already begun to talk about how the hearings outcomes could affect the way that 9/11 plays out as a campaign issue. (see Ground Zero as a Political Backdrop)

The next stop for the commission is New York, where the drama that has lulled since the last round of hearings may be reignited.

FIGHTING FOR THE COMMISSION

The existence of an independent 9/11 Commission owes much to the work of a group of several women from New Jersey whose husbands were killed on September 11.

These women lobbied hard for the establishment of the commission after being unsatisfied with the lack of answers that came from the congressional investigation, the Joint Intelligence Committee Inquiry.

They were praised by the commission’s members in its first meeting, which took place last March at the Alexander Hamilton Customs House in downtown Manhattan. Congressman Tim Roemer credited the women with forcing the commission into existence; the New York Observer quoted him saying "at a time when many Americans don’t even take the opportunity to cast a ballot, you folks went out and made the legislative system work."

The panel’s establishment was not the end of the story, however. In the year since, controversy has flared on several occasions â€“ over access to documents, about who will testify, and about when the commission’s work will end.

FIGHTING WITH THE COMMISSION

In January, the commission asked for a two-month extension on the May 27 deadline for its final report. After initially opposing it to keep the final report from being published in the middle of the presidential campaign, Republican officials agreed. The deadline was moved to the end of July.

Disagreements over who would testify, whose testimony would be public, and who would take an oath before giving their testimony was not resolved so easily. The commission wanted Presidents Bill Clinton and George Bush to testify in public, as well as vice presidents Al Gore and Dick Cheney. Clinton and Gore eventually testified in private; Bush agreed to meet with the commission only in the presence of Cheney. This meeting has not yet happened.

But the administration’s stance changed after it came under intense pressure when Richard Clarke, anti-terror chief under both Clinton and Bush, said that the Bush administration had been lax on terror before 9/11 (in pdf format). Clarke apologized for failing the families of 9/11’s victims â€“ something that no government official had done before.

This set off a bitter debate, with Bush’s allies attacking Clarke’s credibility and Bush’s critics attacking the president for not being forthcoming about Clarke’s charges. It ended with Condoleezza Rice addressing the commission in public and under oath in a special session televised by every major television network. Rice blamed the lack of communication between intelligence agencies, required by law, for the failure to prevent 9/11.

In the next week, reports on the failures of the CIA, the FBI, and another contentious round of hearings dominated newspaper headlines.

This has died down â€“ for now. But the next round of commission hearings deals with another issue with its share of firewalls and communication failures â€“ the emergency response to 9/11. And it will take place in downtown Manhattan, within walking distance of the World Trade Center site.

Rudolph Giuliani and other city and federal officials who were involved in the emergency response to the 9/11 attacks will testify on May 18 and 19 in New York City. The hearings will examine how agencies reacted in the days after September 11, and how they had prepared for such an event in the years before the attacks.

While the hearings in Washington have dealt with what happened elsewhere in the country and the world, this next round of hearings will hit close to home, sparking a completely different set of questions.

Emergency response agencies have their own history of faulty communication and a failure to cooperate. The New York fire and police departments and the city’s Office of Emergency Management have been unable to come up with an agreement on what roles each will play in any future emergencies; the Department of Homeland Security is considering withholding funding if no agreement is reached by October.

Other problems â€“ like faulty radio communications â€“ have been blamed for the deaths of about 120 firefighters.

"The main thing that went wrong on that day was no cooperation between the police and fire department, and the radios," said Jimmy Boyle, former head of the Uniformed Firefighters Association. "That’s going to be a story unto itself."