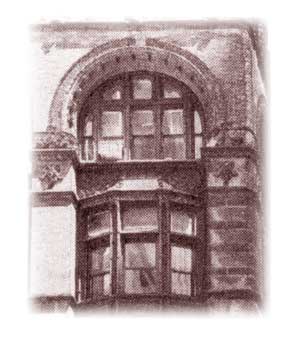 With all the enormous public attention on rebuilding lower Manhattan, it seems inconceivable to me that anything could be missing from the debate. But something important has been overlooked thus far. The words "historic preservation" have not passed the lips of those planning the project. It is as if it was the 1960's again and the raze-and-build-anew urban renewal orthodoxy prevailed unchallenged. It is, as Yogi Berra said, "Deja vu all over again." A case in point is the Metropolitan Transportation Authority's $750 million proposal for the new Fulton Transit Center on Broadway between Fulton and John Streets. The authority's design concept envisions clearing the site of all structures, even though the improved station would be entirely below grade.

What alarms preservationists most about this proposal is that one of the historic buildings slated for demolition by the MTA is the Corbin Building, a slender, nine-story structure built in 1889, when it loomed over its neighbors and was tall enough to be called a "skyscraper." It features a rugged masonry facade hung on an iron frame (rolled steel sections were not available until 1893), with elaborate terra-cotta details.

The Corbin Building was designed by Francis Hatch Kimball, also the architect of the office buildings flanking the Trinity Church Burial Ground in Lower Manhattan, the Presbyterian Chapel in Riverdale, the Montauk Club and Emmanuel Baptist Church in Brooklyn, and the headquarters of the New York Architectural Terra-Cotta Company in western Queens. The building was named after Austin Corbin, a flamboyant 19th century financier who built railroads on Long Island, and in Reading, Pennsylvania, as well as hotels on Coney Island and his own game preserve in Newport, New Hampshire.

Instead of ending up in a landfill somewhere, the Corbin Building could be preserved and incorporated into a commercial building on this site. It would help anchor and enliven such a facility and could yield income and taxes to offset the cost of the Transit Center. Architecturally, it could be as exciting a new-old contrast as David Childs' design for the new Penn Station (now to be named after the late Senator Daniel Patrick Moynihan) or Lord Norman Foster's tower atop the Hearst Building.

Robert Silman, the highly-regarded structural engineer who saved Frank Lloyd Wright's "Fallingwater" from falling into the water, has devised a way to underpin the Corbin Building's foundations so that it could be preserved and reused while a new and improved subway station is constructed beneath it. "From a structural engineering standpoint, it's entirely feasible, with proven technology, for the MTA to have its cake and eat it too - both preserving the Corbin Building and building the new Fulton Transit Center," says Silman.

Silman's client is the Lower Manhattan Emergency Preservation Fund, a consortium of five preservation groups: the World Monuments Fund, the National Trust for Historic Preservation, The Preservation League of New York State, The Municipal Art Society, and the New York Landmarks Conservancy, where I work. These groups raised funds to help preserve historic sites damaged on 9/11/01. The fund is now advocating to protect and preserve historic resources downtown.

The fund has identified three "corridors of concern" in lower Manhattan, along Fulton, Greenwich, and West Streets. In each instance, worthy historical structures are threatened by redevelopment plans that range well beyond the Ground Zero damage zone. In all, there are more than 225 historic sites in lower Manhattan that have no protection whatsoever from demolition or inappropriate alteration.

Awash in competitions, intrigue, and emotion, the planners for the MTA and the Lower Manhattan Development Corporation seem to lack a sense of historical continuity. Ground Zero may be a tabula rasa, a "field of dreams." But the rest of the downtown must not be treated as if it were Sixth Avenue. The planners must not be allowed to repeat the mistakes of the 1960's.

Lower Manhattan has been the epicenter of this nation's most significant events for nearly four centuries. It boasts a street pattern and an array of venerable buildings unmatched in other precincts of our city. It is still a pillar of world finance, one of the largest commercial office markets in America, and an emerging residential neighborhood of great potential. It houses such strange bedfellows as the New York Stock Exchange and the South Street Seaport with equanimity. It boasts the largest business improvement district in the five boroughs. It is truly a unique, vital - and historical - place.

None of this heritage should be erased in the process of rebuilding Lower Manhattan's damaged heart. The situation calls for delicate, skilful surgery - not wholesale, indiscriminate change. As a preservationist, I pray that our planners are up to the task. But as an advocate, I am remembering what Yogi had to say on the subject. Stay tuned! Watch this space!

Roger P. Lang is a preservation architect who serves as director of community programs and services at the New York Landmarks Conservancy. If you want to receive a free copy of the preservation fund's illustrated, annotated map of these sites, send an email to This email address is being protected from spambots. You need JavaScript enabled to view it..