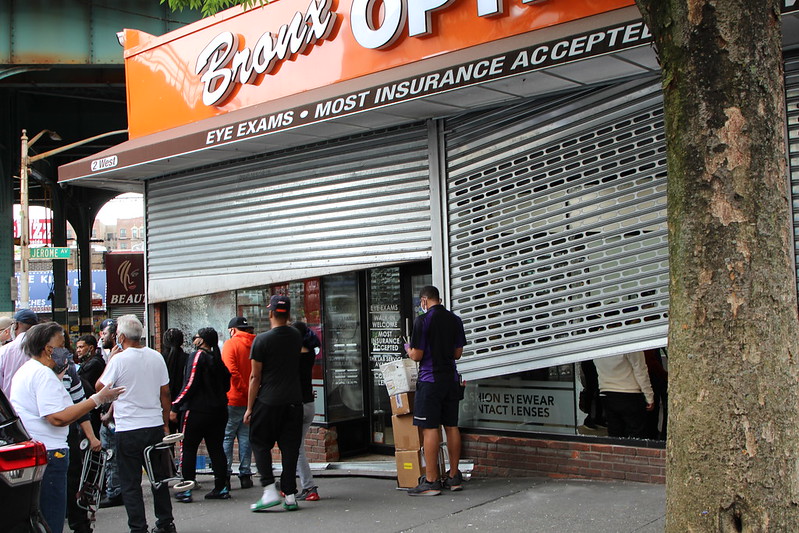 A recent New York Times editorial entitled “Save New York’s Small Business” strongly encourages the city to become more small business-friendly and “go big.” I would suggest that when it comes to saving our small businesses and neighborhoods, often it is not the big that is needed – it is the go part. Getting stuff done in improving neighborhoods can be very challenging.

They were created in the ‘80s when retail corridors across New York City struggled with crime, grime, and disinvestment. BIDs grew in popularity through the ‘80s and ‘90s as an effective way to create cleaner, safer, and more vibrant neighborhoods.

Towards the end of his second term, Mayor Giuliani curbed the growth of BIDs, fearing they were becoming too powerful a tool for neighborhood enhancements – and outside his control.

In developing a blueprint for recovery after September 11, 2001, Mike Bloomberg understood that BIDs successfully harnessed private sector creativity and forged effective public-private partnerships for the purpose of neighborhood improvement. He quickly restored the city’s alliance with BIDs. During the Bloomberg years, BIDs grew from 44 to 70 with an emphasis on the smaller corridors outside of Manhattan.

During my 12 years as commissioner of the Department of Small Business Services, I saw the impact BIDs had on bringing community leaders around the table to solve problems with government. We cheered them on, challenged them to be more creative and impactful, and recognized achievements. When a BID was failing, we worked with property owners to make the necessary changes in leadership.

Fast forward. Today, there are 76 BIDS across the city and they invest $167 million in supplemental services for our neighborhoods. In the thick of this pandemic, these services have become even more important in stabilizing our neighborhoods and keeping the doors open of many of our mom-and-pop shops.

During a time when many of our small businesses are struggling to stay afloat, the city has taken a meat cleaver to the Department of Sanitation’s budget. One would think that the leadership at City Hall would be embracing an all hands-on deck approach — making an extra effort in encouraging more neighborhoods to create vibrant, clean, and safe districts.

I recently had the opportunity to walk the Mott Haven neighborhood of the Bronx with community leader and local resident Michael Brady. I saw how the once-thriving piano manufacturing district is undergoing an impressive renaissance. Restaurants and other small businesses have opened, with more coming. A new school is being built. The old piano factories have a new life as homes and hundreds of apartments are being added where empty lots existed for decades.

Along my walk, I met a number of merchants who are fully engaged in making the neighborhood a better place. I also noticed pockets of illegal dumping, overflowing trash cans, and graffiti. With such an engaged group and new developments on the horizon, the formation of a Business Improvement District seems to me like a no-brainer to add an extra shine to this neighborhood. As I listened to their creative ideas and saw some of the problems, I thought about my own experience more than two decades ago leading a BID in the revitalization efforts along 14th Street and Union Square.

And here we come back to my point that often it is not the ‘big’ that is needed but the ‘go.’ Sadly, in Mott Haven, city government discouraged efforts to create a BID for this growing retail corridor and has not actively encouraged the creation of a BID.*

The foundation of any smart economic development strategy begins with a laser focus on quality-of-life issues. In this South Bronx neighborhood, there is an engaged group of leaders eager to take on the dirty streets and empty storefronts that are eyesores in the community.

Plain and simple, it makes no sense at all, especially during a time of this crisis, to deny these merchants the ability to create a BID. Small Business Services should work with the community board and the City Council to get this moving.

The city needs to double-down on public-private partnerships – not be a barrier to them. Let’s go!

*In response to this column, the Department of Small Business Services sent the following statement, which is in part disputed by conversations with the aforementioned Michael Brady, who has reiterated that he was actively discouraged from starting a Mott Haven BID and since 2017 has helped lead other efforts in the area instead:

"SBS has not been approached by a merchant organization seeking to form a BID in Mott Haven since 2017. At that time, we provided guidance on the City’s BID formation process and necessary next steps. We continue to support community-based organizations across the City when they seek to create BIDs and as they build thriving neighborhoods. For more information about the process of BID formation, please visit nyc.gov/bid"