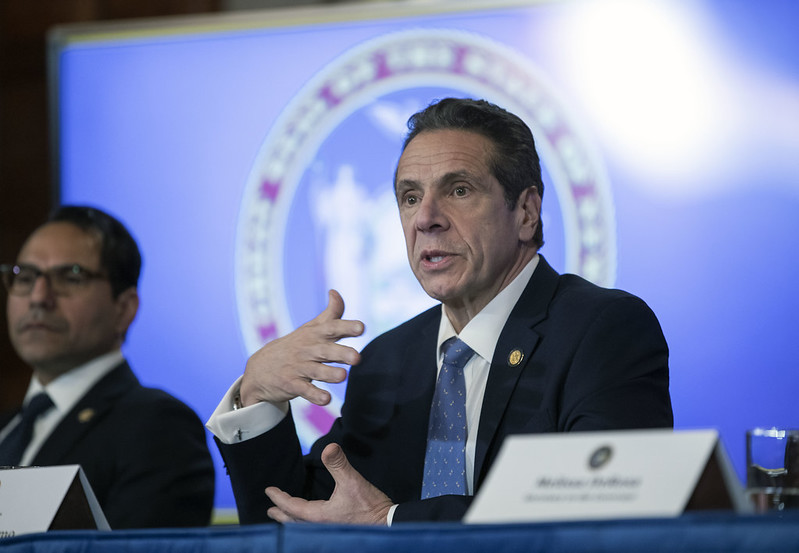 Everyone is bracing for another difficult year, including economically, in the City and the State of New York. The financial difficulties presented by the pandemic are plain to see, including massive unemployment, a state of near emergency for the mass transit system, the decimation of small businesses, and so much more on top of the staggering loss of life.

But the financial outlook for the City and State is not as bleak as first thought. There are still difficult challenges ahead, because federal bailouts in education, Medicaid, health care, and transportation will not last forever. They are one-shots that can temporarily help State and City budgets, but it will be several years before the economy recovers. A tax increase to mitigate budget cuts and address poverty and inequality is a necessity, and there will be a robust debate on that subject this year.

But New York State now has the resources to halt billions in scheduled budget cuts, and reset the budget deficit for the coming year into a far more manageable framework.

How is this even possible?

The State Budget and Finally, Another Federal Stimulus Package Arrives
The state government’s initial plan to implement the budget adopted in April 2020 contemplated $10 billion in spending cuts, including $8 billion in local assistance, the area of the budget involving aid for local education, health care, social welfare, and transportation. The other $2 billion was for state agency operations, including colleges and universities, the prison system, the courts, and the many dozens of regular state agencies. The budget had been adopted right after Congress enacted a huge stimulus package to help the American economy as it plunged into the COVID-19 pandemic recession, and recognized New York’s own plunging economy in April 2020.

New York Senator Charles Schumer, the minority leader, issued a press release describing assistance coming to the state. In addition to the MTA bailout, there is $5.8 billion in education funds, $4 billion of which is for elementary and secondary education and $1.4 billion for higher education. There are also COVID-19 health relief funds and very modest amounts for non-MTA public transportation and road and bridge work. According to Senator Schumer, states will direct disbursements of these funds.

During the wait for additional federal funds, the Cuomo administration began withholding local assistance funds and had withheld $2.6 billion since budget adoption, through September 30, according to a November report by State Comptroller DiNapoli. The remainder of the $8 billion cut was backloaded to the final quarter of the budget year, running January 1 through March 31, 2021, in the hope of finally getting sufficient aid from the federal government to avoid these deep cuts. About $5.4 billion is technically still scheduled for reduction, but there have been other intervening developments.

The State’s Own Finances Improve
The State Comptroller’s November 2020 report estimated that, although New York’s tax revenues were down significantly from the year before, they were forecast to be $3.8 billion above the enacted budget plan through the end of the fiscal year on March 31. Effectively that means the deficit for the year is cut nearly in half. Explanations for the improvement center on the fact that, even though New York’s job loss situation has been devastating, the pain is mostly being felt by low- and moderate-income workers and households, while upper-income workers and households did not suffer anywhere near as much and their tax payments are holding up better than expected.

The State Comptroller’s November 30 cash report on state funds, issued December 18, 2020, confirmed the tax receipt improvement and said the State’s General Fund was holding $13.6 billion in cash, $7 billion above the same period in 2019. The State was in the process of repaying $1 billion from short-term borrowing it did earlier in 2020, and plans to repay the $3.4 billion remainder of that borrowing by March 31 of this year. Another major factor in the State’s healthy cash position is that it has slowed down capital spending, which traditionally has included up to $3 billion a year in cash from tax receipts transferred to state capital projects. The State borrows substantial funds for capital projects, but also uses cash for a portion of its capital spending. At least $1 billion less in cash was transferred to capital projects in 2020, in part due to a pause in spending of this nature.

Another positive development for the State involves the federal Health and Human Service Administration’s continued extension of Emergency Medicaid Enhanced Reimbursement for state governments. Originally part of the first big federal bailout, which replaced portions of state Medicaid spending with federal dollars through June 30, HHS has continued the enhanced funding through December 31, and then again to March 31. The latest extension into the final quarter of the State’s fiscal year brings another $750 million in financial relief to New York state government.

Watchdogs Criticize Lack of Transparency
It should be noted that all fiscal year the State Division of the Budget has provided little in the way of specifics in its spending reductions, as to what areas of the budget are getting reduced, and what local governments and school districts are getting cuts and how much. A coalition of 20 advocacy groups called on the governor and the Division of the Budget to provide meaningful transparency for spending actions and decisions following a December 16 press conference by Governor Cuomo. I urged a similar disclosure process in my first column about this state budget, in April, as had the Citizens Budget Commission at the time.

Current Year Cuts Can Be Halted
The combination of greater than expected state tax revenue and newly-available federal education and Medicaid funds effectively eliminates the need to implement the backloaded remainder of the state budget cuts still on the books from the State’s original financial plan. This assumes the State would “permanetize” the first $2.6 billion in cuts, and eliminate the remaining $5.4 billion tentatively still scheduled. With $3.8 billion in additional tax revenue, only $1.6 billion in cuts would be left. Education is about 40% of local assistance spending, so the State could use $640 million in new federal education aid as a replacement for state dollars, and the extra quarter of federal Medicaid funding of $750 million to replace state dollars. The State has sufficient cash to cover the rest. This would still leave the State with more than $3 billion in federal education aid for the coming budget, as well as $1.4 billion in higher education funds. The State could also help school districts, colleges, and universities with emergency needs now.

What about the $2.6 billion already cut? The problem here is that the State has been counting the cuts to help address a gigantic deficit for the coming fiscal year, which begins April 1. If the State were to take federal funds or its excess cash and backfill the cuts it has already made, rather than permanetizing those cuts, it would add $2.6 billion to next year’s budget gap, rather than being counted toward reducing spending against the gap. That gap was estimated to be $16.7 billion in the State Budget Office’s Mid-Year Update, before the current fiscal year spending adjustments. Instead, it is possible to look forward to see how the changing economic and federal aid picture offers a reset for the coming fiscal year’s budget.

What About the 2021-2022 State Budget?
The State Comptroller November tax receipts forecast for the 2021-22 state budget projected $4.1 billion more in tax revenue than previously forecast, bringing the projected deficit next fiscal year to $12.6 billion. The State Division of the Budget constructed next year’s gap to begin at $16.7 billion, but with implementation of the planned $8 billion in budget cuts, the 2021-2022 deficit would come down to $8.7 billion.

The reset begins with using the comptroller’s forecast revenue improvement of $4.1 billion, and the current year spending reduction of $2.6 billion, to bring the coming deficit from $16.7 billion to $10 billion. That is still very sizable.

While a $10 billion deficit next fiscal year is substantial, having $3-4 billion in federal elementary, secondary, and higher education dollars to replace state dollars and assure stable funding for education in the coming budget puts New York in a dramatically improved position. A budget hole of a similar amount would re-appear in 2022-23, but a year’s worth of overall economic improvement and the end of COVID-19 would also go a long way toward restoring the State’s financial and economic health.

In a May 2020 review of the recently adopted state budget, the Citizens Budget Commission (CBC) recommended a significant overhaul of state capital spending. The primary recommendation was to issue bonds to pay for substantial capital spending now paid for in cash. CBC recommended both paring back some low-value capital spending and borrowing. The cash saving reaches $3 billion in the coming 2021-2022 fiscal year. This would not be a one-shot saving where the State would have to find the same amount of money the following year, but a real policy change. Yes, it would be adding to the State’s debt load. The State could do this only for a few years until a broader recovery was under way to minimize future increased debt. But the State would have several billion dollars each year available for several years.

Using federal education dollars and bonding out more capital projects, with the values of each of those options in the $3 billion range, brings next fiscal year’s deficit down another $6 billion. This completely resets the framework for addressing next year’s problems. Instead of the already-reduced $10 billion, the deficit would be $4 billion.

As I indicated, federal resources would still be providing billions for the current and next year’s budget and that will not last forever, though there could be additional federal money headed to New York. Fortunately, though, even as-is the funding gives New York State and City more time to address the struggles New Yorkers are facing. At least that’s a bit of good news to start 2021.