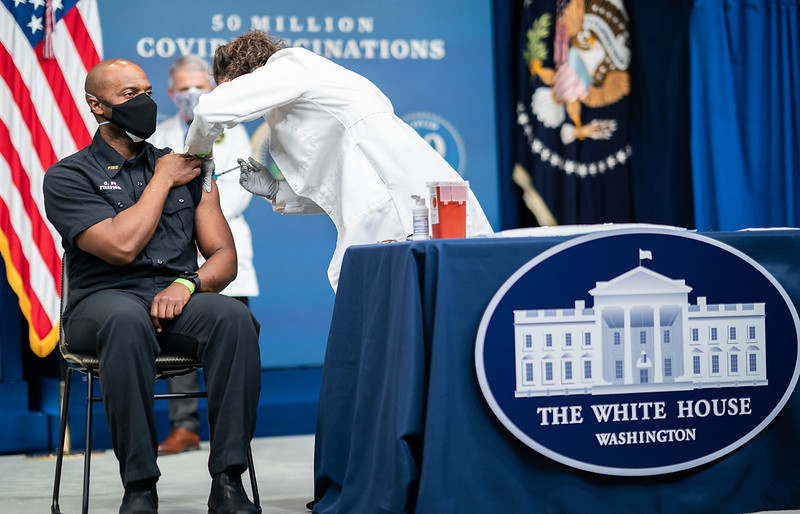 In the earliest months of the COVID-19 pandemic, I wrote a column about Lessons from Two Plagues. Even then, it was apparent that there were sad parallels between it and the HIV/AIDS epidemic. COVID-19 has killed 70,000 people in New York and 6.4 million globally. More than 40 million people worldwide have died of HIV/AIDS and another 38 million are estimated to be living with HIV.

And now, New York is again the epicenter of an emerging epidemic: monkeypox. The U.S. has nearly 17,432 confirmed cases, with 3,124 in New York State.

We are already behind on combatting and containing this public health emergency, echoing our failures with both HIV/AIDS and COVID-19. History is repeating itself:

Fear. The early days of both HIV/AIDS and COVID-19 were terrifying. Every sneeze or cough was cause for worry – is this it? Will I die? Monkeypox isn’t fatal but it’s incredibly painful, and it’s eliciting the same fear, anxiety, and confusion. Now, among men who have sex with men – who have borne most of the infections so far – people are sharing horror stories; they are afraid to be in crowded social settings or to have sex.

Stigma. Everybody is vulnerable to HIV/AIDS, COVID-19, and monkeypox. But viral outbreaks hit some communities harder than others, and those communities are often on the margins. HIV/AIDS mainly affected gay men, people of color, and IV-drug users in the early days, and was derisively called the “gay cancer.” COVID-19 prompted a resurgence of racism and xenophobia, especially against Asian Americans (fueled in part by President Trump calling it “the China virus”), and it’s disproportionately affected communities of color. Today, monkeypox is most common among men who have sex with men, with particularly high rates among Black and Hispanic men. Gay men and people of color are again wondering whether anyone cares about them.

Government failures. The government has blood on its hands for both AIDS and COVID-19 deaths; it was slow to act and inept in its handling of those crises, and it seems like little has changed or been learned. Over the last two-and-a-half years, we’ve seen a lack of testing capacity, failures to track exposures, botched vaccine rollouts, an inadequate supply of treatments, and mixed and confusing public messaging.

Here we go again. For monkeypox, we already have a proven and effective vaccine. But vaccination efforts have been deeply flawed. The federal government failed to stockpile enough doses and hundreds of thousands of doses were left in Denmark. Vaccine distribution has suffered from a lack of coordination between federal, state, and local officials. The federal government is now trying a risky strategy of splitting vaccine doses to stretch the limited supply it has. When New York City released its first online appointment system for vaccines, the site crashed within 30 minutes. Getting a vaccine has been compared to The Hunger Games.

And we’re again seeing poor communication leading to confusion and misinformation. Too many people don’t know the facts about how monkeypox is transmitted; they may underestimate or overestimate their risk as a result. Dangerous misinformation and intentional disinformation are spreading like a brushfire, fueled by social media, just as with COVID-19.

Let’s give credit where credit is due. The World Health Organization declared monkeypox a global health emergency, a rare designation that it hadn’t used since the emergence of COVID-19. President Biden declared the outbreak a national public health emergency. Federal action came on the heels of both New York State and New York City executive orders declaring local emergencies. These designations free up some funds and lift some bureaucratic hurdles.

Our lack of preparedness isn’t a surprise. For decades, we as a nation and as a state have disinvested in public health. In 2018, only 2.9% of total U.S. health spending went toward public health and preventive services.

In 1983, Larry Kramer published his landmark call to arms “1,112 and Counting,” referencing the fast-rising number of AIDS cases. We already have 16 times that number of monkeypox cases, and counting. Some experts think we’ve already missed the chance to stop monkeypox. We need to finally learn from our mistakes. And we need to act now before it’s too late.