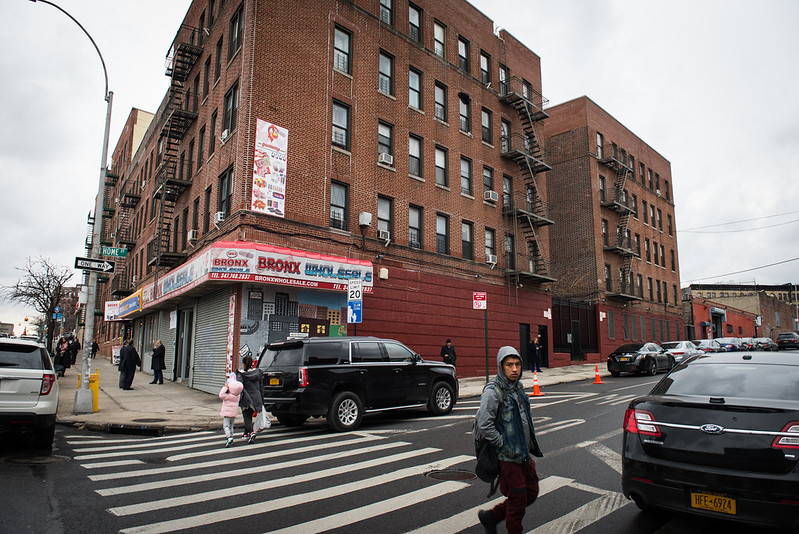 In response to George Floyd’s killing and demands to reimagine community safety, Governor Cuomo ordered all local governments to create plans to reform and reinvent their police forces. In response, the New York City Council adopted a “Police Reform and Reinvention Collaborative Plan.” The plan lays out concrete ways that the city can stop the cycle of poverty and incarceration -- and ways to create safety without relying solely on police.

A key part of the city’s plan: passing legislation to prohibit housing discrimination based on arrest or conviction record.

This shows that the City Council has a strong understanding of the connection between homelessness and public safety. This connection is one that survivors of violence know all too well. And yet, with the rise in the ease of online background checks, more and more people are excluded from housing because of their record. This exclusion -- masked as protecting public “safety” -- actually makes people less safe; there is no world in which making people homeless makes any of us safer.

Many may ask: but what about people convicted of violent crimes? To answer this, we have to understand that violence is more than an isolated act between two or more people. Violence is systemic and it is structural. The structural violence of racism, the violence of hunger, and the violence of poverty drive more violence. And categorically denying a group of people a basic need like housing drives violence.

Survivors want to know that they will not be victims again, and that others will not be harmed the way they were. According to a survey by the Alliance for Safety and Justice, survivors prefer the government spend more money on prevention over policing and prison. And one of the best ways to prevent people from causing harm is through preventative methods -- like quality, affordable housing.

As a survivor, Brooklyn State Senator Julia Salazar tweeted her support for eliminating obstacles to housing for people with conviction records, saying “I’ve survived sexual assault...The man who assaulted me (and others) was hardly held accountable, years afterward...And still: What good would it do to make him homeless?”

The Fair Chance for Housing campaign -- a coalition of advocates, legal services professionals, human service providers, and people who have experienced housing discrimination -- is calling on the New York City Council to put its action where its words are. There is already pending legislation -- Intro. 2047, sponsored by Council Member Stephen Levin and 23 co-sponsors -- that would immediately bar housing discrimination against people with convictions. So why wait?

The structural inequities that led to widespread protests in the wake of George Floyd’s murder have not gone away. Black and Latino people are more likely to be swept up in the criminal justice system and are more likely to face homelessness.

Making people homeless as a result of a conviction does not make anyone safer. In fact, it perpetuates the structural causes of violence.

Safety is built in community, accountability, and repair. Safety is built in the security that housing provides. It is a fundamental and basic economic need -- it can’t possibly be ignored if we hope to create a society in which survivors' needs are met, homelessness is eradicated, people with convictions are able to rebuild their lives, and safe communities are fostered.

The New York City Council must acknowledge the ways in which it continues to perpetuate harm and do better. Passing Intro. 2047 is one way to start.

***
Aliya Brown is the Senior Communications Manager and Kira Shepherd is the Vice President of Organizing and Policy at Common Justice. Alison Wilkey is the Director of Public Policy at the John Jay College Institute for Justice and Opportunity. On Twitter @alisonwilkey & @JusticeAndOpp & @Common_Justice & @FairHousing_NYC.