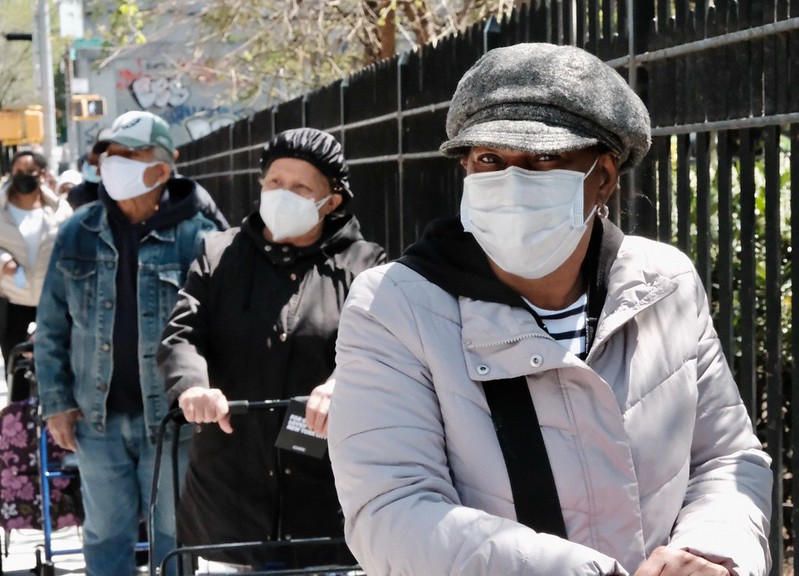 When Mayor-elect Eric Adams takes the oath of office in January, he will need to do more than just manage the city’s economic recovery. He will have to ensure that the more than 8% of New Yorkers who are unemployed are able to participate in it. This means ensuring that job-seeking New Yorkers aren’t forced to take on debts they can ill afford just to apply for one in the first place.

Unfortunately, there are warning signs that predatory private actors are already putting many out-of-work New Yorkers in this precise position.

For-profit colleges and trade schools have seen a surge in enrollment around the country – a troublesome trend given that many of these institutions often load up their students with debt and do comparatively little to improve their employment prospects in return. These institutions are a particular threat here in New York City since they often target working-class Black and Latino neighborhoods in the Bronx and Brooklyn. These neighborhoods not only have the highest rates of attendance at for-profit institutions. They also have the highest rates of students with loans in collection.

Another threat to New Yorkers trying to enter or reenter the job market comes from private employment agencies. A 2016 study by the Center for Popular Democracy and the Center for an Urban Future found that job-seekers sometimes paid private employment agencies in New York City up to a month’s salary for a job placement. Other agencies simply collect a fee and then send job-seekers to a job site where no employers are located. The same 2016 study found that these schemes are particularly common in immigrant communities such as Jackson Heights and Washington Heights.

The combination of for-profit colleges and profiteering employment agencies is a dangerous one-two punch for working-class New York families. Job-seekers are pulled further into debt when they try to retrain, and then are forced to sacrifice wages they can’t spare just to apply for a job they don’t yet have.

Mayor-elect Adams can prevent these predatory practices from landing a knock-out blow when he takes office in January. An important first step will be appointing an energetic commissioner for the (clunkily named) Department of Consumer and Worker Protection (DCWP). This Department, the powers of which were expanded during the de Blasio administration, has sweeping authority to protect workers and consumers from “deceptive or unconscionable trade practices.”

These five words—and associated legal provisions—empower the DCWP to serve as the tip of the spear in any fight against profiteers preying on vulnerable New York City residents. The next commissioner of this department should commit to using that power to the fullest extent.

First, the commissioner should reinvigorate the department’s long-standing fight against exploitative for-profit colleges and trade schools. One of Mayor de Blasio’s longtime DCWP commissioners, Lorelei Salas, led a legal battle against these types of for-profit educational institutions—both exposing the extent of the problem and, where necessary, hauling these institutions into court. In addition to continuing this fight, the next DCWP commissioner should launch a task force to immediately identify and put a stop to any private colleges that have taken advantage of New Yorkers in the wake of the pandemic.

Second, the department must get serious about putting an end to predatory private employment agencies. The next DCWP commissioner should not only commit to targeting employment agencies that take job-seekers’ money and provide little in return. He or she should also team up with other city agencies to promote Workforce1 Centers, which are public job-placement agencies, by ensuring that these centers are active in the same communities where predatory private employment agencies tend to operate. Likewise, the next commissioner should partner with unions in building an effective workforce-training pipeline that connects job-seekers with quality job placements.

These simple steps are not only an economic imperative, but a moral one. Many of the communities that for-profit colleges and private employment agencies target are the very same communities that suffered most during the pandemic: working-class Black, Latino, and immigrant neighborhoods. The death toll was not only highest in these neighborhoods, but the economic devastation was particularly severe.

These communities deserve help, and that’s exactly what Mayor-elect Adams ran on. When selecting his Department of Consumer and Worker Protection commissioner, Mayor-elect Adams should make sure that they get some.

***
Adam Hofman Bradlow previously worked on consumer protection issues in the U.S. Senate and is a 2018 graduate of Yale Law School. He is a Project Manager at Dalberg Advisors. On Twitter @abradlow.