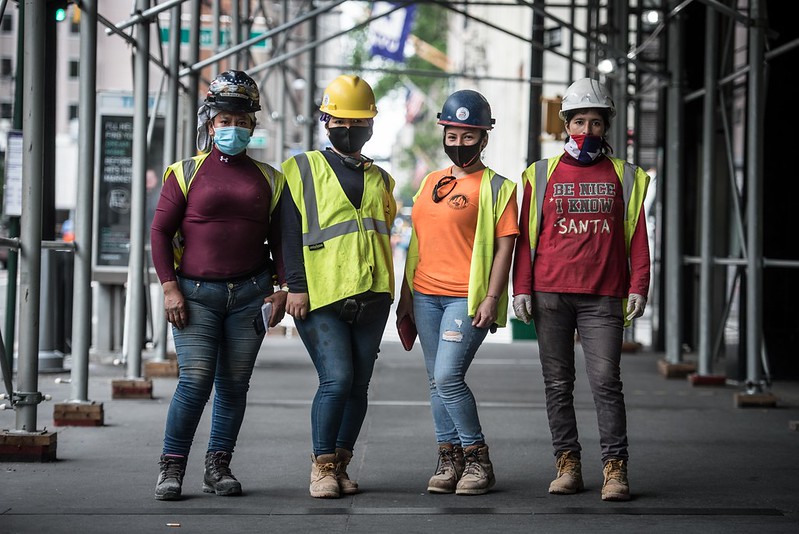 One look at the New York City skyline and you know that tens of thousands of workers have made their mark on this city. Ironworkers, carpenters, welders, plumbers, and electricians, among countless other tradespeople built New York – and they’ll also be the ones who ensure New York’s future is just as bright as its past.

Construction, however, is undoubtedly dangerous work, and without proper safeguards and legal protections, the work becomes that much more perilous. That’s why the unionized construction industry has dedicated itself to ensuring that safety is paramount at every New York construction site, and that the rigorous safety protocols required on union job sites become the expectation at non-union job sites as well.

A recent report by the New York Committee for Occupational Safety and Health (NYCOSH) is particularly alarming – it shows worker deaths in New York City and State leading the national average. This was the case even in 2020, when most construction activity was stalled as job sites were paused early in the pandemic. Construction workers made up 21% of the national average of all worksite deaths in 2020, while in New York State, 24% of worksite deaths involved a construction worker.

The numbers are particularly stark when you compare union and non-union worksites. In 2020, 79% of workers who died on private worksites were non-union, which is tragic, but unfortunately not surprising. Far too many non-unionized construction sites across New York flout safety protocols for the sake of profit, and these workers, many of whom are immigrants and people of color, fear retribution for speaking out about safety concerns – leaving dangerous and often deadly safety issues unaddressed. This is unacceptable. No worker, regardless of union affiliation, should needlessly lose their life and no family should have to grieve and suffer as a result.

So, what needs to be done to buck this alarming trend and ensure New York’s construction workforce can earn a good living and be safe on the job?

Let’s start with unionization. Joining a construction union is the number one way to protect oneself and one’s livelihood in this business. With mandatory training, robust and rigorous safety protocols, and a clear chain of command on jobsites, contractors have much less ability to set unrealistic and unmeetable demands that can and too often result in tragedy.

Increasing New York City Department of Building (DOB) inspections and ensuring adequate funding is a critical step, too. If all safety measures are being followed on a jobsite, workers, forepeople, and site owners have nothing to be concerned about. DOB is not out to harm the industry. These types of agencies keep us all safe, and those of us in labor support and appreciate their hard work and are committed to continuing to work with them to ensure essential safety protocols govern all construction sites.

By increasing New York State Department of Labor enforcement, we can further bolster worker protections and ensure worksites are safe. I am grateful Governor Hochul included an additional $12.4 million specifically for worker protections in her executive budget proposal. It’s a critical step forward that should be included in the adopted budget.

We must ensure that laws that deal with the worst-case scenarios, such as a worker fatality or serious injury, remain intact. This includes the Scaffold Safety Law, which requires that all safety measures are taken by the contractor and site owner and that functioning safety equipment is provided. This law is a critical protection for workers and keeps worksites and contractors accountable.

New York’s construction industry is an economic engine that powers New York, and it’ll also be the industry that leads the state’s and city’s economic revival, particularly with the significant investment generated by the federal infrastructure bill and Governor Hochul’s capital plan. As the construction industry continues to build back New York, it’s critical that there’s a renewed commitment to safety at all worksites. Laws designed to protect workers do not inhibit construction and investment – instead they’re the foundation that will enable us to make New York stronger and better than ever.