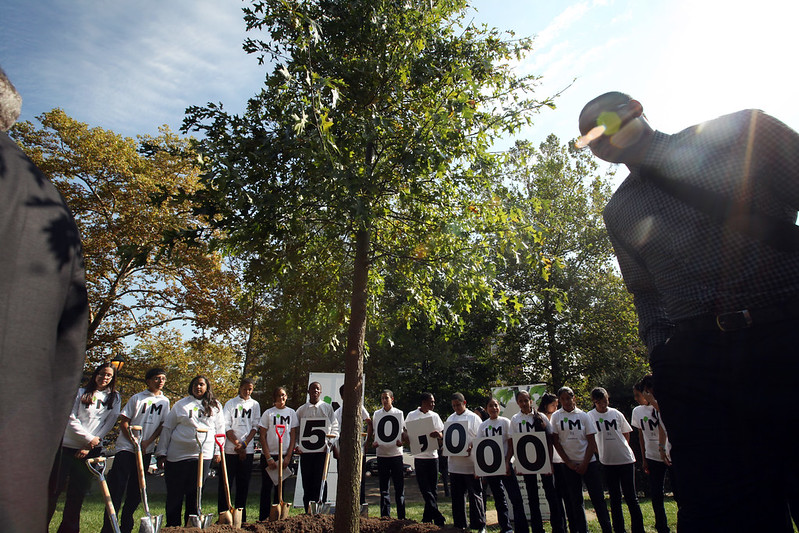 New York City’s 20,000 acres of natural areas have been a lifeline for New Yorkers throughout the pandemic and form the first line of defense against the harms of climate change. But decades of underinvestment in the care and preservation of these vital open spaces threatens their longevity, even as surging visitation adds new stresses.

At a time when New York City is still down nearly 388,000 jobs from pre-pandemic levels, and unemployment is painfully high in many of the city’s lowest-income communities, investing in New York City’s natural areas now could spark thousands of new—and necessary—green jobs, while strengthening the city’s forests and wetlands for years to come.

New York City has made progress in recent years, expanding the tree canopy and addressing some longstanding inequities in access to open space. But since COVID-19 first hit, investment in the city’s natural areas has fallen short—even as New Yorkers depend on them for their physical and mental health.

The number of trees planted in the city annually has plummeted, from 62,086 in fiscal year 2016 to just 22,144 in 2021—a 64% decrease. The proposed $63 million cut to the Department of Parks and Recreation in Mayor Adams’ preliminary budget would make strengthening the city’s natural areas even more challenging. Meanwhile, environmental threats exacerbated by climate change—from invasive species like the mile-a-minute weed and spotted lanternfly to more powerful storms—have only grown. And a dearth of data collection means that far too little is known about the state of the city’s natural areas

Mayor Adams is right to recognize parks and open spaces as necessities, while remaining laser-focused on the city’s economic recovery. But these two goals can be one. In the months ahead, the mayor and City Council should work with the Parks Department to launch a natural areas revitalization program to help train and employ New Yorkers to care for the city’s ecosystems—from tree planting and wetland restoration to trail marking and invasive species management.

Any plan to strengthen the city’s natural areas should start with fully funding the Parks Department in next year’s budget. But city leaders should be thinking longer-term, too. Officials should set a goal of investing $400 million over the next decade targeted to improving forest and natural areas management and maintenance. The mayor should also work with the Parks Department, employers, and nonprofit partners to fund and pivot the Parks Opportunity Program into a full-fledged green jobs training initiative—including forestry, horticulture, surveying, and more. He could even go a step further by creating a NYC Climate Corps, training and deploying young adults to help make the city greener and more sustainable, including by maintaining and expanding the city’s natural areas.

Strengthening New York City’s urban forests and natural areas is both an ecological and economic imperative. Mayor Adams and the City Council should help get New Yorkers back to work caring for their wild places, while cultivating healthier and more resilient ecosystems for future generations.

***
Eli Dvorkin is the Editorial & Policy Director of the Center for an Urban Future. On Twitter @wetwax & @NYCFuture.