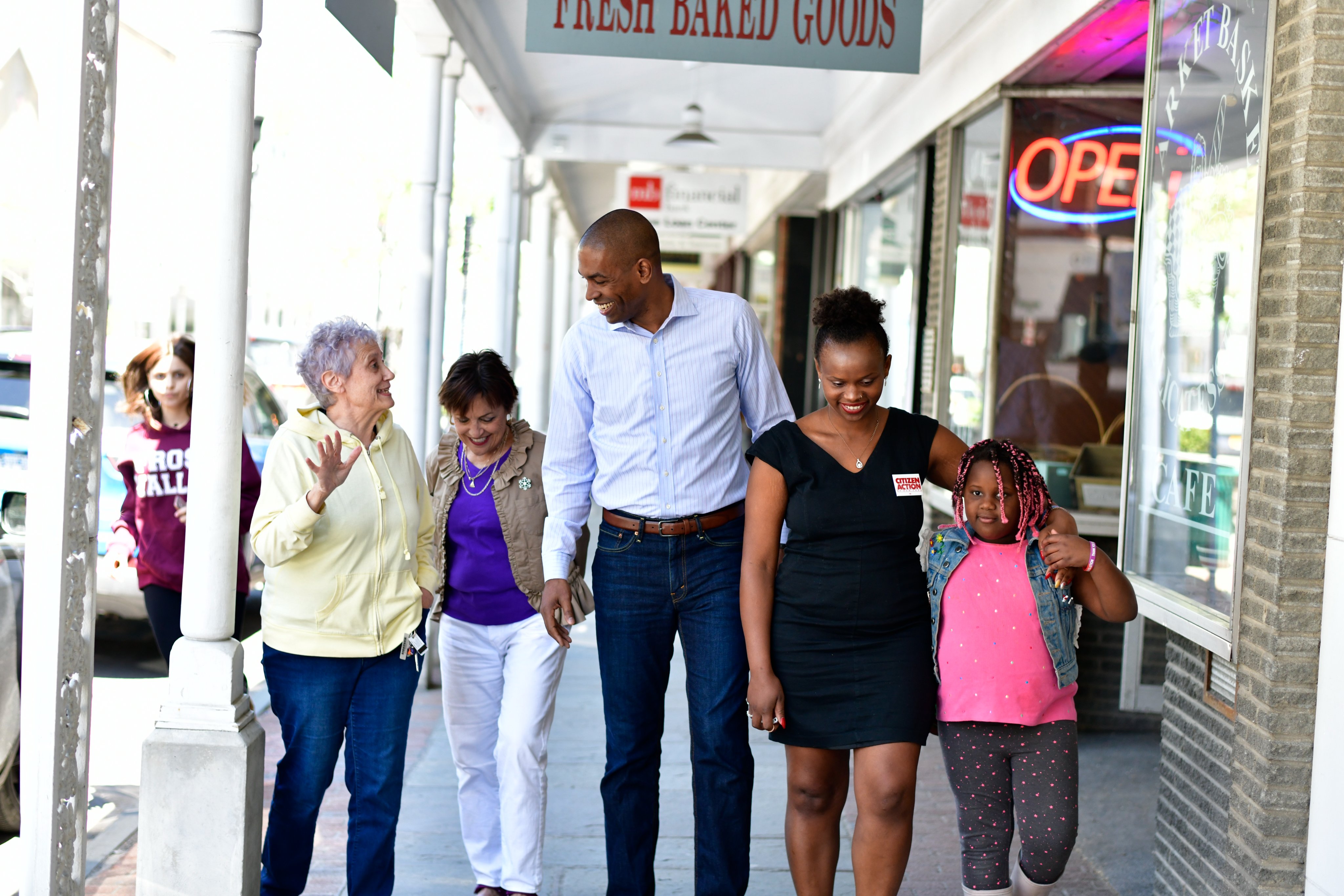 Every single day you can turn on the news and find evidence of the hate and divisiveness that roils our state and infects our country. From conspiracies in our capitol, to crime in our community, to hate in our hometowns, there are dark and dangerous forces at work in America today. Whether it’s hatred that’s spreading in dark corners of the internet or the highest court in our land making devastating decisions to control what women do with their bodies, our very freedoms are being taken from us.

Many are raised and taught to hate. Others are imbued with a deep fear that their status and power in society is at risk so they choose to hate. And many more, too many more, are merely using division and hate to amass more power for themselves. It’s all destructive, dark, and ugly.

As a wise leader once told our country, “A house divided cannot stand.” They are words to remember these days.

But, when I look at my two young twin boys – born to a Black father with Cape Verdean and Latino roots and a mother who is Black and Jewish  – my resolve that we can heal this division is reaffirmed. It won’t be easy. It won’t happen overnight. There will be steps backward at times, but we will keep marching forward.

The merchants of conspiracy and peddlers of hate are doing all they can to eliminate objective reference points, to disregard truth and defy reality. They know that is their only path to power. But I grew up learning something different.

Growing up in Schenectady, I was raised by two proud parents in a working class family. They instilled in me values of faith, hard work, discipline, and love. We spent every Sunday at Macedonia Baptist Church, in the 2nd middle pew. It’s those values which stick with me today. Too many of our politicians make decisions based on left versus right politics. Based on who’s up and who’s down. Instead, what we need is public servants who make decisions based on right versus wrong. That’s how we start to restore faith in government, attachment in community, and heal our divisions.

My path to politics wasn’t meticulously laid out. After earning a Rhodes Scholarship and graduating with a Harvard Law degree, I followed my heart to become a hip hop artist in Los Angeles. After five hard years living on air mattresses and doing odd jobs, I came back to New York to start our family. And I joined a corporate law firm in New York City. Those diverse experiences are what give me confidence that we can bridge divides today.

When I first stepped into public life to run for Congress, those same agents of intolerance and promoters of division came after me. They took lyrics and photos from my career as a hip hop artist and tried to use them to divide the mostly white community I was seeking to represent in Upstate New York. Guess what? It didn’t work. In a district that’s nearly 90% white, the 8th most rural district in our entire country, and one that decisively voted for Donald Trump in 2016, they elected the first person of color to represent Upstate New York in Congress. Anyone who believes that divisive politics will always triumph, needs to become a better student of history.

When I first got to Congress, my team asked me what we wanted to do. I told them we wanted to do town halls in every part of my district, three per county – 33 in total – in the first year. And, I told them to start in places that disagreed with me the most. We can’t reconnect with people if we aren’t willing to listen and to dialogue.

And, it worked. I got re-elected to a district that Trump had won a few years earlier. The meaningful connection with people gave them confidence to trust me – even when they didn’t always agree with me.

Some will claim I’m naïve about what we’re up against out there. Nothing could be further from the truth. I’m well aware of the challenge in front of us but also aware that the only way to win this battle for hearts and minds is to heal from a place of love. People aren’t born to hate. They are taught to hate. We have to begin the long, hard, difficult work of helping them unlearn what they have learned.

If we truly believe in being on the right side of history then it’s the only option we have.

As it says on the very motto of our nation, E pluribus unum – Out of many, we are one.