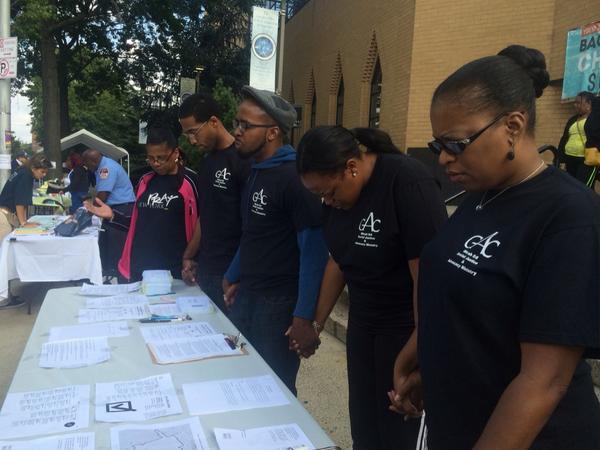 Jamaica needs development that benefits long-term residents, workers, and the families of Southeast Queens. Development is a multidimensional process. At best, the process not only supports real estate firms, but also expands the availability of affordable housing opportunities and family-sustaining jobs that pay a living wage. Although we applaud the efforts for improving Jamaica, we are concerned that current plans are not going far enough to guarantee equitable development of jobs and housing for local families.

Under the Bloomberg administration, New York City witnessed rezoning to facilitate development in industrial neighborhoods like Williamsburg and Long Island City. With that process came the escalation of rents, leases, and the overall cost of living. While some individuals benefited from this process, wide scale displacement of residents and the local workforce occurred, especially among people of color. In 2007, under the same administration, 368 blocks of downtown Jamaica were rezoned for higher-density development, meaning more units of housing, office, or retail space for the broader community of Southeast Queens. As the economy crashed in 2008, much of the anticipated development was stalled, but a real estate boom is kicking in now with estimates of more than 3,000 units of housing in the coming years. As faith leaders of Southeast Queens, we're lifting up our voices to ensure that our community promotes equitable development of job and housing opportunities for individuals and families whose labor makes this area such a vibrant constellation of neighborhoods.

We recognize and appreciate the contributions of other voices to this conversation. Participants who created the "Jamaica NOW" action plan, for instance, have championed valuable – and viable – ideas for improving Jamaica. The plan intends to do three things: increase quality jobs and small business support; promote commercial growth and economic development; and improve livability for both residents and visitors. Already, the beautification of Rufus King Park is making a difference in the recreational and cultural life of Jamaica. The plan, however, doesn't specify a comprehensive vision for equitable development. Without such details, our concern is that modestly inclusive projects will benignly, but mistakenly, be heralded as successes and the best we could do for our communities.

Two examples illustrate our concern. Let's start with the NYPD lot development project on 168th and Archer Avenue. The city's Fair Wages for New Yorkers Act defines a "living wage" as just $11.50 per hour and notably applies to construction workers on this project because the property is receiving more than $1 million in subsidy from the city Economic Development Corporation. However even if two members of a family were working full-time, with no vacations, at this wage they would still be ineligible for the affordable housing within the project because they would not make enough to meet the income threshold accorded by the zoning of the area.

Another example drives from the de Blasio administration's plan to rezone East New York. In that community, the administration recently announced a plan for 50 percent of new housing to be affordable at neighborhood-based incomes, yet in Jamaica we are talking about just 20 percent of affordable housing being produced – and that only within a smaller "special inclusionary zone" in which the builders are only required to build if they take additional subsidy. Yet even this 20 percent is not truly affordable - a family of three would need to make at least $62,150 to be eligible for the housing, while the median income in Community Board 12 representing Southeast Queens is $50,857 per year.

Given the dynamics outlined above, our question is: what can be done differently? How can we ensure that we advance equitable development in Southeast Queens, that we build it right in our community?

Three ambitious, yet achievable goals stand out for our community, congregations, and city. First, we can lift up the moral imperative of our faith traditions to make the case for equitable development. Our religious traditions teach us that laborers deserve to be paid; that what's done in the dark – negotiation of terms and deals – should be brought into the light; that attending to the weighty matter of justice is central to our convictions and congregations. Second, we can use city subsidy and the leverage that it brings to infuse parity into the production of affordable housing. Instead of settling for developments whose housing is 80 percent market-rate and 20 percent affordable, we can pursue an even division of residential opportunity: 50 percent market-rate and 50 percent affordable for local residents. Third, we can ensure that strong legal protections prohibit harassment and displacement among tenants living in downtown Jamaica and surrounding communities.

We celebrate the resurgence of downtown Jamaica and the surrounding community. In many respects, this resurgence is a belated recognition of the tremendous legacy and potential of Southeast Queens. We invite you to join us as we learn, pray, and take action together for a renewed call for equitable development in Southeast Queens tonight, Tuesday, at 6:30 p.m. at the Greater Allen AME Cathedral of New York. Our best days await us, and we look forward to continued collaboration with elected officials, labor unions, congregations, and other community groups to create deeply affordable housing and family-sustaining jobs in our neighborhoods.