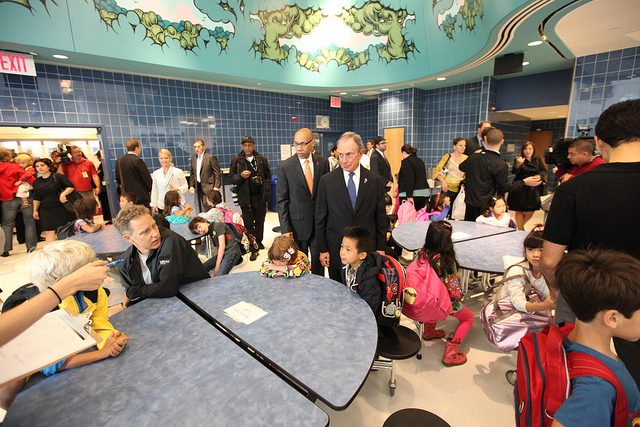 Mark Twain’s reproach against “Lies, Damn Lies, and Statistics” could easily be reformulated against Lies, Damn Lies, and Statutes.  Such are the many inflammatory statements against reversion to the old Board of Education made by Mayor de Blasio and his allies as they seek renewal of mayoral control of New York City’s public schools. This fear-mongering against a return to the old system, so-called school decentralization or community control, employs caricature rather than truth to advance its purpose. In fact, a close reading of the old law – about to be resurrected if mayoral control lapses at the end of this week -- reveals a surprisingly cautious approach to balancing central, district, school, and parent interests. The true picture is a sharp contrast to the administration’s doomsday scenario.

The mayor has described “chaos and corruption under the old school boards.” The Chancellor predicted, “Our system is headed for disaster,” calling a lapse of mayoral control “devastating.” The president of Bank Street College, a former DOE official, further injured the former institution’s reputation by recalling “the system we had” when “in certain districts there was a going rate” for sale of administrative positions by local school boards. This unusually heated rhetoric is at odds with the professional experience of each since the mayor, chancellor, and Bank Street president all flourished -- apparently uncorrupted -- under the old system as a community school board member, superintendent, and principal, respectively.

But more importantly, the stereotype of community control they describe was long gone by the time mayoral control was implemented in 2002. Instead, the new system replaced a reform law enacted in 1996 that took pains to eliminate opportunities for corruption and substantially increased central power under the Chancellor while providing for important local roles. It’s that statute that will replace mayoral control if the state Legislature and governor fail to act.

Contrary to mayoral myth harking to earlier iterations of the law, the once-and-possibly future statute bans community school board members from most personnel decisions, subjecting them to removal by the Chancellor “for willful, intentional or knowing involvement in the hiring, appointment, or assignment” of school employees. The 1996 statute explicitly states that “community boards shall have no executive or administrative powers or function.” Instead they are confined to exercising “powers and duties to establish educational policies and objectives” consistent with policies of the central board and Chancellor.

The central board, now made up of seven members -- one each appointed by the Borough Presidents and two by the Mayor, thus without a mayoral majority -- is also limited to a policy role, similar to the original responsibilities of the mayoral control board, called for that reason the Panel for Educational Policy or PEP. (Its duties have since been somewhat expanded to allow for public decision-making on contract and siting matters.)

The exception to community school board members’ limited personnel role is in securing their own superintendents. But the law only provides for boards to recommend a list of candidates to the Chancellor under a model contract and regulations promulgated centrally.  Even the process by which the list is assembled is subject to sunlight, with the Chancellor empowered to establish an inclusive public process for the recruitment, screening, selection, and review of candidates.

The law, to take effect July 1, is very strong on educational accountability. Each Community Superintendent, once appointed by the Chancellor, is required to take action against the principals of failing schools. If not, the Chancellor may “remove a community superintendent who fails to comply with” all applicable laws, including “performance standards addressed by administration and effectiveness, and any requirements for continuing education and training.”

Parents, too, gain under the old statute which contains a number of explicit provisions making parent powers another key force in holding educators accountable and motivating them to act.  Parent involvement is one of three major criteria for evaluating principals’ performance, student achievement and school discipline being the other two.

I have my reasons for favoring mayoral control with changes. Part of the problem with the current debate over extension is its all-or-nothing posture. But advocates for mayoral control typically do a disservice to civic discourse by ignoring or mischaracterizing the reality of what would occur if mayoral control lapses. In its place would be a reform statute, curing many of the system’s previous ills, and setting forth a reasonable formula for educational accountability and effective management.

David C. Bloomfield is Professor of Educational Leadership, Law, and Policy at Brooklyn College and The CUNY Graduate Center. Much of this analysis is based on his earlier study, co-authored with Bruce S. Cooper, “Re-Centralization or Strategic Management? A New Governance Model for the New York City Public Schools (Teachers College, Columbia University, 1998).