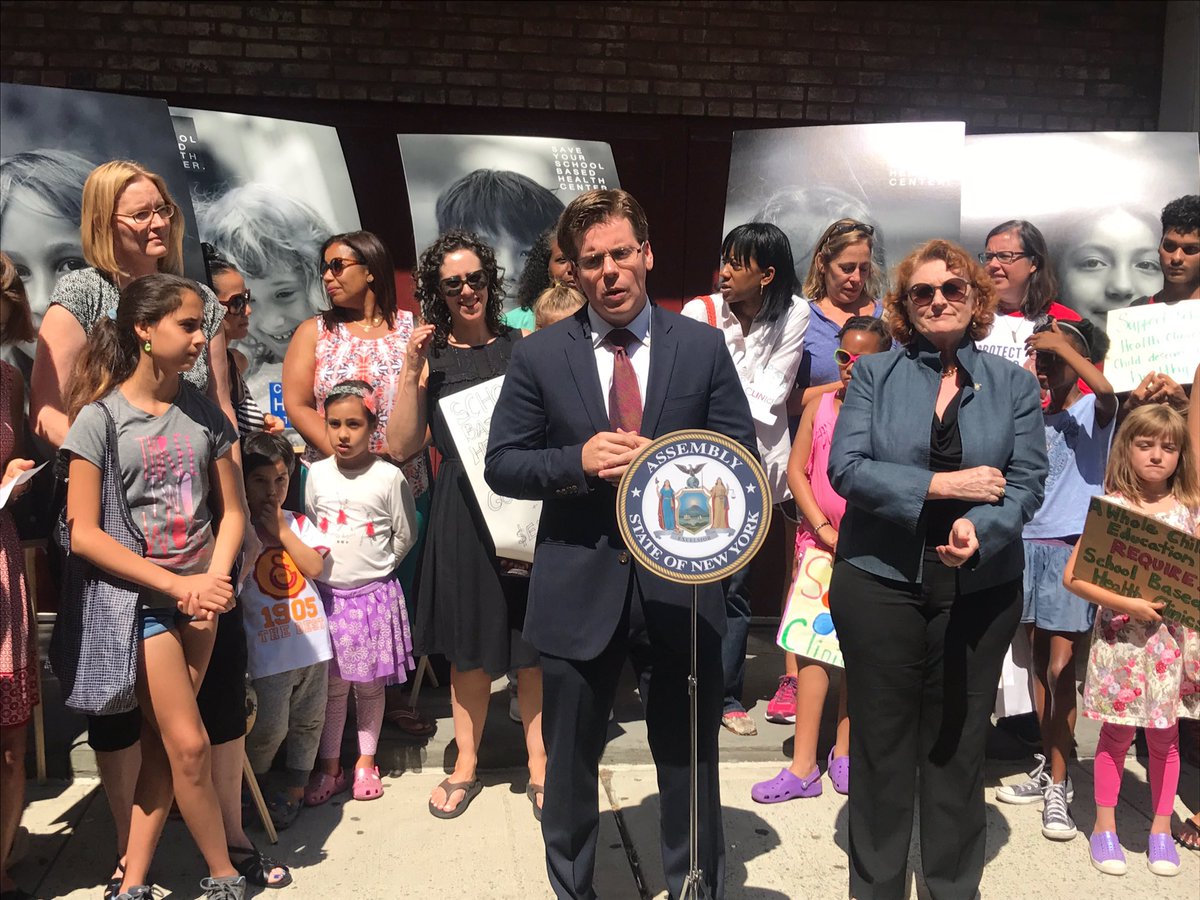 School based health centers (SBHCs) are a critical safety net for immigrants and the uninsured. There are 145 SBHCs serving students in more than 345 schools across the city, regardless of their ability to pay. SBHCs provide primary and preventive care, reproductive and mental health care, and first aid; manage chronic illnesses; and more. From asthma and diabetes to food allergies and anxiety, these clinics can make the difference between life and death for many of our schoolchildren.

The clinics yield positive health outcomes and are cost-effective through their provision of preventive health care. They are also wildly popular with parents, students, and school administrators. The city wholeheartedly supports the clinics, which have been shown to reduce absenteeism and enhance school performance. The clinics also fulfill the state’s goal of access to community-based care.

Therefore, it was alarming when four schools in District 15 received a letter in June from SUNY Downstate Medical Center, which operates five SBHCs, informing them that state funding had been dramatically reduced and that the SUNY Downstate SBHCs were in jeopardy.

A combination of a 20% cut in non-Medicaid funding in the 2017-18 State Budget ($3.9M), a May 2017 change by the State Department of Health to the funding methodology for the distribution of non-Medicaid funds, and a July 1, 2018 deadline to be carved-in to Medicaid Managed Care has created underfunding and instability to the SBHCs.

SUNY Downstate was a big loser in the state’s funding methodology changes that followed closely on the heels of the state’s budget cuts: SUNY Downstate’s budget for 2017-18 was slashed by 70%, from $669,322 to $198,187. While some sponsors received more money and are scheduled to open new centers this year, some of the larger sponsors took significant blows to their budget; NYU Lutheran Family Health Centers also took a cut of over $500,000, as did Mt. Sinai Hospital, which experienced a nearly $700,000 loss.

SUNY Downstate later announced that the cuts were unsustainable and that it could not operate four of its five centers. This included the centers at M.S. 51 William Alexander; Brooklyn New School (BNS) and Brooklyn School for Collaborative Studies; P.S. 38 the Pacific School; and the School for International Studies and Digital Arts and Cinema Technology High School.

Quickly, a coalition of parents, administrators, community leaders, labor unions, and elected officials came together to organize and fight back and everyone pitched in. An online petition in support of the centers was launched by the local elected officials. Jeremy Amar, a parent at MS 51, created posters of several student beneficiaries of the SBHCs with the slogan: “save your school based health center; community health starts here.” Amy Sumner, a parent coordinator from BNS 146, put out the call for personal stories about an SBHC and they poured in.

Thankfully, the coalition’s advocacy efforts were successful. SUNY Downstate decided that no matter the level of state funding that it received, it will continue to operate the four clinics for this year. We are very grateful that SUNY Downstate has stepped up for our children, but recognize the need to ensure the long-term viability of the SBHCs. It’s very likely that we will need to find a new sponsor for the four centers next year and we all need to make sure SBHCs across the city and state are properly funded going forward.

According to a study by the Children’s Defense Fund, next year’s Medicaid carve-in will reduce revenues to SBHCs by $16.3 million -- on top of this year’s cuts. Legislation was passed by the State Legislature to enact a permanent Medicaid Managed Carve-Out for SBHCs (A7866 /S6012). We are hopeful that Governor Cuomo will sign that bill into law by the end of the year.

SBHCs are only one piece in a very complex and large health care system, but this experience has demonstrated that these small pieces often have a significant impact on the daily lives of New Yorkers and their children. We are proud that our coalition came together to save these clinics because they are vital to the health of our students in District 15 and as elected members of the state Assembly we are committed to seeing to it that they are preserved for many school years to come.