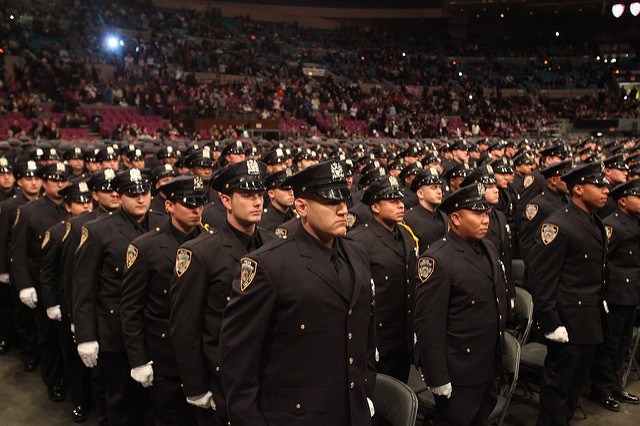 The Governor and the Legislature should use this once in a generation opportunity to make New York State the world leader in thoughtful and effective public protection policies that hold offenders accountable in a humane and forgiving way, and which allows those who offend to, within reason, receive opportunities to make amends and start afresh.

And they should forego the impulse, admittedly hard to resist in the afterglow of strong electoral results 10 days ago, to pursue ideological approaches at the expense of posing honest questions and hunting for approaches that work.

The poisonous blue versus red state rhetoric is polluting this conversation (this is happening all over the country where more liberal states seem to relish the chance to stick a finger into conservative eyes - and the contempt is mutual): this divisive tact has no place in devising rational, humane, and effective approaches. It presents the false choice that one has to pick a side: the ACLU or Jeff Sessions. We must do better.

This is a task that is bigger than the Legislature and the Governor. Indeed, it is our political system that has bequeathed the contemporary system that is criticized from all sides. It must be stipulated that much bad criminal justice policy was the product of scare-mongering politicians of a different era seizing on anecdotal, low-probability events as grounds for enactment of draconian laws, such as ones that target narcotics possession and sale. There should have been, but frequently was not, pushback when these laws and policies were gathering steam.

Now, the danger runs in the other direction.

Advocates have commandeered the conversation and this has dangerous implications. Far too frequently, this means that several shades of only one side of an argument are presented.

Bail and parole reform of some sort is a commendable pursuit, but the public must be leveled with: early release will mean that there will likely be more victims, and some may lose their lives. Will cashless bail mean that a defendant who has no skin in the game will be less concerned about skipping court appearances? This is not a reason not to embrace change, but advocates (who are often backed up by billionaires who are unelected and unaccountable and who are, themselves, and their families, unlikely to have violence fall on them) have a maddening tendency to obscure or dissemble in the face of evidence that runs counter to their objectives. When reforms are being discussed the lives put at risk are almost invariably not in affluent places.

And the voices of individual victims and communities as a whole have been marginalized or stifled altogether.

To be sure, there are daily miscarriages involving charged individuals -- people supposed to be presumed innocent -- locked up for prolonged periods, despite the presumption of innocence, in true Kafkaesque fashion. Dramatically speeding up adjudication will make much of the bail debate academic.

A blue ribbon commission can look in a sweeping and holistic way at the agencies charged with delivering justice, with a keen eye to unintended or collateral consequences to seemingly simple silver bullet reforms. It is far too easy for elected officials to succumb to sponsoring slapdash reforms that allow them to bask in the glow without considering the wider implications of the bills they sponsor.

Certainly, some legislative steps taken in the name of “police reform” have helped lead to the current death spiral of the police profession. There are a number of public officials who seem to believe, misguidedly, that it is a great accomplishment to create an atmosphere where the police avoid engaging festering community conditions. If they looked across the country before acting, they would know that urban police departments willing to take risks and bear the brunt of criticisms for defending communities against disorder and insecurity are becoming as rare as the dodo. They would also notice that police departments are struggling mightily to find someone, anyone, to put on a uniform these days. This may not seem like a pressing concern in our presently supersafe city, but what if the future sees dramatic shifts and upheavals?

The blue ribbon commission could launch its work by conducting in-depth, high-quality, sustained surveys to gauge the sentiments of people in communities (in my experience the feedback gathered will always contain surprises). And true justice would have a local flavor: it is folly to try to create one uniform, static standard in each of the state’s 62 very different counties. Indeed, even in a single NYPD precinct, there can be many different communities and seemingly, at times, as many opinions and sensibilities about safety as there are residents.

The country (and we could seek out leaders from overseas as well) has many current and former law enforcement, justice, and human services professionals who have progressive instincts but who will not forget that the duty is to strike a practical, humane balance.

We should pursue grand and workable ideas, research, and demonstration programs from all over the planet, rejecting the chauvinism and insularity that is a hallmark of a 50-state justice system.

Too often agencies continue to work siloed off from one another, law enforcement agencies separated from agencies with other portfolios, working at cross-purposes. Protecting the public and treating offenders decently demands that the education, health, employment, mental health, and drug and alcohol addiction infrastructure be central to any final package of reforms. Can the notoriously independent, aloof even, federal law enforcement community be looped into these efforts?

We must also not ignore hard truths. It is a noble and fiscally prudent goal to urgently seek to shrink prison and jail populations. But these populations would be significantly higher if the justice system was better at apprehending those who commit serious crimes. Most of these offenders are never apprehended. Can true justice system reform ignore this reality?

And despite all the rhetoric about shrinking the punitive footprint of the system, new laws continue to be added with each passing legislative session, while existing laws are almost never revoked.

The system has to be repaired but also defended and re-legitimized. There is a widespread misbelief that convictions of the innocent are commonplace. Elected officials must embrace, vouch for, and sell the system; after all, it is their creation. In the wake of serious crimes, people are sometimes not cooperating with investigators. What do lawmakers offer as a remedy?

We need a complete blue sky review of the uses of technology to prevent crime and to track offenders so that they are getting what they need to steer clear of re-arrest. How can technology be used to vitiate the need for the police to make custodial arrests?

What is the promise for treating breaches of public peace and order in a civil, rather than criminal, context?

We need to examine the work of all prosecutors’ offices, but also the concerning trend where “progressive prosecutors” pursue or decline prosecutions or overlook laws never repealed by the Legislature on the basis of what can be spongy, unstructured, idiosyncratic whims -- that Is not a system of laws, but of ‘men.’

There is also a need to provide affirmative policy preventing and responding to mass casualty shootings and terrorist acts ranging from unsophisticated lone wolves to catastrophic uses of chemical or biological warfare in our streets.

And we need to examine big business and white collar crime anew in the face of evidence that some business bottom lines are being topped off by what can only be described as scams, schemes, and frauds.

And essentially, it must be said that this economy is not working for millions of people. Anyone who interacts with young people knows of their fears and insecurities about finding a place in this society. High turnover, insecure, minimum wage jobs represent a menace to society's well being. In her new book, "The Job," Ellen Ruppel Shell sums it up succinctly: “Good work brings stability of the sort that staves off conflict…”

It is always hard to ask political folks to soar above political considerations and to deliver evidence-based solutions to thorny problems, come what may. New York’s political establishment has a chance to rise to the challenge. Will they take it? Will they go big?

***
Eugene O’Donnell is a former NYPD officer and prosecutor in Brooklyn and Queens, and currently a professor at John Jay College of Criminal Justice.