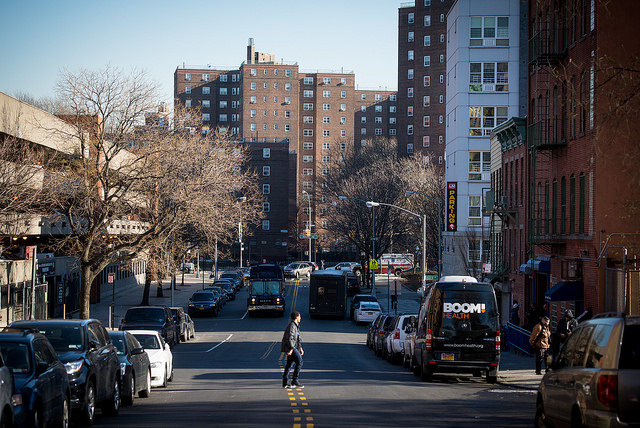 Today, New Yorkers are living in an era of mass displacement due to the skyrocketing cost of rent. This makes it absolutely imperative for rent-stabilized tenants to maintain their rights and for these rights to be extended to tenants currently living without them. We must act swiftly to implement the bold policy of universal rent-control in order to protect tenants from market forces.

Close to half of the nearly 2.2 million housing rental units that exist in New York City are rent-stabilized. Tenants living in rent-stabilized units benefit from having the right to a renewal lease once their current lease expires, plus legal limits on how much their rents can be raised annually or biannually. Additionally, rent-stabilized tenants have succession rights, granting them the right to pass their unit on to a family member living in the unit.

All of these tenant protections provided under New York state law, however, are set to expire on June 15, 2019. In the upcoming legislative session, New York state legislators will be tasked with ensuring that we pass stronger rent laws before the June deadline. With the State Senate now having the largest Democratic majority we’ve seen since 1912, state legislators have a responsibility to not only extend the rent laws to protect all New York tenants, but to also eliminate the harmful loopholes that exist in the current laws.

The Flaws with our Rent Regulated System
Although certain tenants are protected under New York’s rent-regulated system, there are loopholes that exist within the system that landlords take advantage of in order to deregulate units and to push low-income tenants out. Currently, if a rent-regulated tenant’s monthly rent reaches above $2,733.75, the landlord becomes entitled with the right to deregulate the unit and subsequently raise the tenant’s rent to any amount they see fit or simply not renew the tenant’s lease. This phenomena—known as vacancy decontrol—is responsible for the loss of at least 155,664 rent-regulated units from the years of 1994 through 2017, according to the New York City Rent Guidelines Board.

Vacancy bonuses allow landlords of rent-regulated units to increase rents up to 20 percent to incoming tenants once an apartment is made vacant. This is an amount that is seven times more than any rent increase approved by the Rent Guidelines Board – the appointed board that determines yearly increases for rent-regulated tenants – in the previous five years.

The other two loopholes that landlords take advantage of to generate more profit through the rent laws are preferential rents and major capital improvements (MCIs).

Many tenants across the city are paying preferential rents, which are below the legal margin that landlords can mandate to be paid. Why is this a flaw within the rent-regulated system considering that tenants would benefit from paying lower rent? Unfortunately, it’s been widely proven that landlords provide these lower rents while simultaneously registering a higher, fraudulent legal rent to the state. Once a tenant’s lease is up for renewal the landlord could increase the tenant’s rent to the higher, fraudulent registered amount.

Vacancy bonuses, MCIs, and preferential rents are all loopholes and tactics that landlords legally and illegally utilize to raise rents and eventually deregulate a unit through vacancy decontrol.

Housing Justice for All: the Platform
Bills to repeal the loopholes in our rent-regulated system have already been written and have been stalled from passing mostly because of the Republican-led state Senate and their outgoing allies (mostly in the former Independent Democratic Conference).

A bill to end vacancy decontrol has been introduced in the past by Linda B. Rosenthal in the Assembly (A433) and by soon-to-be Majority Leader Andrea Stewart-Cousins in the Senate (S3482). Bills to eliminate vacancy bonuses have been introduced by Assembly Member Daniel J. O’ Donnell (A9815) and Senator Jose M. Serrano (S1593). Bills to prohibit landlords from adjusting the amount of preferential rent upon the renewal of a lease have been introduced by Assembly Member Steven Cymbrowitz (A6285) and Senator Liz Krueger (S6527). The offices of Senator Michael Gianaris and Assembly Member Brian Barnwell are working with the Housing Justice for All Coalition (HJFA) to write bills that would ban landlords from passing the costs of MCIs onto tenants forever (MCI costs would rather last to the end of each tenant’s lease from the moment the MCI officially took place).

HJFA is a coalition of tenant advocates, tenant unions, and housing organizations from across the state that are demanding the passage of the bills cited above. On November 15, 2018, over 700 members of the coalition showed up to downtown Manhattan on a snowy and icy night to march for these demands and then some.

HJFA is fighting to extend current protections under our rent laws to tenants that live in buildings that are five units or fewer, including 1- to 2- family homes (with exception to those where landlords reside). This concept is known as universal rent control, a policy proposal that recent gubernatorial candidate Cynthia Nixon and Lieutenant-Governor candidate Jumaane Williams, and Senator-elect Julia Salazar campaigned for.

Fifty-four counties across New York are not able to opt into having the rent-regulated protections that New York City tenants currently have, making them all vulnerable to predatory housing companies that use lax or non-existent rent regulations to push people out of their housing. HJFA is also demanding that renters across the state be granted the opportunity to bring rent controls to their communities through the expansion of the Emergency Tenant Protection Act (ETPA).

It is vitally important to point out that these demands have not yet taken the shape or form of a bill. And it is these additional demands that figures with authority, like Governor Cuomo, must deliver in 2019.

Going Beyond: Truly Delivering for Tenants
Democrats were able to take full control of state government by flipping eight Republican-held Senate seats. As of January, they will hold a majority in the Assembly and in the Senate, and the Governor’s Office. The change in the political landscape in Albany grants a window of opportunity for our leaders to strengthen our rent laws to the degree that HJFA is outlining. Unfortunately, the Democratic leadership might not be too keen on setting the bar higher and delivering universal rent control, but may rather just flirt with the idea of eliminating loopholes.

Governor Cuomo recently came out in public support of ending vacancy decontrol. Although we may all applaud this statement, the fact of the matter is that this, along with ending MCIs, preferential rents, and vacancy bonuses, should be relatively easily accomplished as soon as we enter the next legislative session.

In 2015, when the rent laws were renewed only after facing a near two-week expiration, Cuomo coined an op-ed in the Daily News and expressed his full support for passing these basic reforms. He wrote, “We must eliminate vacancy decontrol or at the very least significantly raise vacancy decontrol thresholds; further limit vacancy bonuses to ensure landlords aren't rewarded financially for schemes to force tenants out; make major capital improvements and individual apartment improvement surcharges that go away once recovered by landlords, instead of ways of artificially raising a unit's monthly rent; and make the preferential rent operate as the legal rent for the life of the tenancy. These should be foundational elements of any new rent regulation legislation.” These were the words of our governor on June 6, 2015.

Ending the various loopholes pertaining to our rent laws should be a given considering the blue wave that just occured. Leaders like Governor Cuomo with the power to push the rent regulation envelope further should not exclude from the discussion universal rent control and their support (or lack thereof) of the concept. Tenants in New York needed loopholes closed in 2015, and in 2019 the tenant movement requires protections for all tenants. Swiftly passing long-needed reform measures is important, while also tackling the challenges of today.

There will be no excuse for Governor Cuomo and other leaders if the Legislature simply passes the set of reforms the governor was calling for almost three years ago. The Republican majority is no more, the opportunity for real reform is there for the taking in 2019.

And let’s be clear: universal rent control is not a radical idea. In response to high inflation rates in 1942, President Franklin D. Roosevelt instituted Federal Rent Control through the Emergency Price Control Act (EPCA), which allowed for “a universal, nationwide price regulatory system.” By 1950, we had 2.5 million units that were rent-regulated in New York, more than double the stock we have today.

New York City today faces an affordability crisis that it has not seen since the Great Depression and 89,000 people across the state live in homeless shelters, while tens of thousands of children sleep in insecure housing. Communities like Williamsburg, Brooklyn has seen over a quarter of their communities of color displaced. So-called economic development projects like bringing Amazon to Queens will only exacerbate the city’s affordability crisis, though stronger rent regulations would help stem the tide.

As Governor Cuomo wrote in 2015, “the crisis of affordability is back with a vengeance,” and it will continue unless we boldly act to provide protections for all of our tenants. Our task is simple and it requires the moral courage from our elected officials to stand up to real estate interests. We must prove to tenants that at a time when we have a corporate politician leading us awry in the White House that we don’t need a corporate Democrat doing so in Albany as well.

In 2019, there is no room for political posturing. We must act to not just end the loopholes within our current rent laws but also to extend protections to all renters. We must finally deliver for the largest constituency in New York, the tenant-renter constituency.