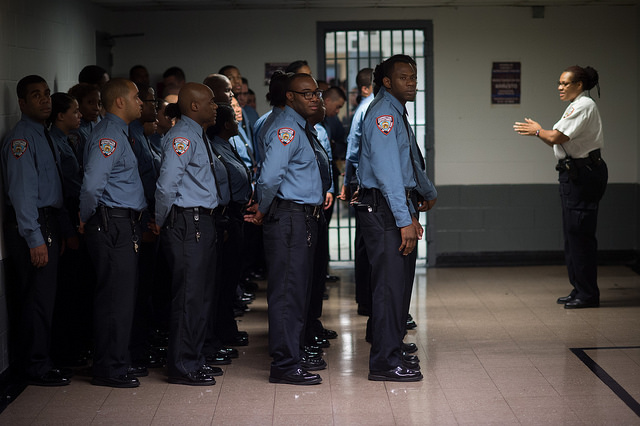 Riding high on the crest of a Democratic blue wave powered by grassroots progressives, New York Democrats finally took back the state Senate for the first time in nearly a decade. With this accomplishment comes a responsibility to finally act upon a long list of priorities that have been stymied by the Republican-controlled upper chamber of the Legislature in Albany.

Chief among these priorities is criminal justice reform, a topic that the New York City Council has been tackling aggressively for some time. Perhaps the Council’s most ambitious effort in this sphere has been to close all jails on Rikers Island. The decrepit jails on this island embody human misery and tragedy and it is our moral imperative to close them forever.

Any realistic effort to close these jails requires reducing the pretrial detention population, as close to 90 percent of those housed on Rikers are merely accused and not convicted of crimes. While the city has managed to take several bold steps in this area, state action will be required to make the dream of closing Rikers a reality. Over the past few years, our efforts at state reform have been hamstrung by an uncooperative state Senate. Throughout the process, our progressive allies in the Assembly majority and Senate minority voiced support for progressive criminal justice reform but were unable to move key bills to fruition.

Their inability to move legislation through the Senate did not stop some state elected officials from crafting bills that would greatly improve our criminal justice system. This legislation now stands a strong chance of passing once the new Democratic majority sits for the 2019 legislative session.

First and foremost, bail and speedy trial reform must be prioritized. Both efforts would go a long way towards a more equitable criminal justice system writ large, while lowering the detainee population on Rikers Island. While we here on the City Council have done much to make our bail system fairer, only Albany can implement the deep and systemic reform necessary to make our pretrial detention system truly fair and just. There are a number of bills in the Assembly and Senate that either significantly restrict or eliminate cash bail, encourage the use of monitored release in lieu of detention, and help ensure that pretrial detention is reserved for only the most severe cases. Any of this legislation would go a long way towards fixing what is a fundamentally broken and unfair bail system.

Meanwhile, speedy trial reform is arguably even more important in reducing pretrial detention. Given that close to 90 percent of the jail population is pretrial detainees, cutting the speed with which cases are resolved has a direct and massive impact on the jail population: a 25 percent faster system would mean close to a 25 percent reduction in the jail population. Much like our state’s bail laws, our speedy trial laws are outdated and ineffective, lagging far behind the federal system and other states. As they say, justice delayed is justice denied, so resolving criminal prosecutions faster not only reduces our jail population, it also helps our criminal justice system as a whole. While Senate Democrats tried to push for some minor reforms to our broken speedy trial laws in recent years, our new Senate leaders must be aggressive in tackling this issue.

There are also lesser-discussed issues that could be enormously transformative, such as parole reform. Approximately 16 percent of the population of Rikers Island jails is incarcerated for parole violations, and the state controls this issue in its entirety. According to a report issued by Columbia University’s Justice Lab, the state parolee population is the only jail group that saw an increase in its size over the past four years. Thankfully, Albany is aware of the issue, evident in Governor Andrew Cuomo’s 2018 State of the State speech, in which he touched on the importance of parole reform. When the new state Legislature convenes in January, it can move to shorten parole terms, incentivize good behavior, and require speedier hearings on these issues.

Though its impact on our jail population may not immediately be apparent, discovery reform should also prove critical in helping the city to run a more just criminal justice system and to close Rikers Island jails. Discovery is the process by which the prosecution provides its evidence to the defense. New York State has among the most restrictive discovery laws in the country. While the issue may seem complex, it is actually fairly simple: since well over 95 percent of criminal prosecutions result in a plea or dismissal, the faster the defense is able to assess the strength of the prosecution’s case, the faster a plea or dismissal can be reached. Luckily, there is already legislation in Albany to ameliorate the situation, and our new leaders should embrace these progressive reforms.

Over the past several years, we here at the City Council worked hard to bring our criminal justice system into the 21st century. However, there has always been a limit to what we can accomplish without willing partners in Albany. In early January, when our fellow Democrats in the state Senate take their seats as the new majority and work with the Democratic majority in the Assembly, the possibilities for progressive criminal justice reform will widen tremendously.

The progressive activists who helped make Democratic victories a reality in November will be watching the new Legislature closely. It is imperative that our state elected officials finally act to create a criminal justice system in New York that reflects our values as a state and a city.

***
Diana Ayala, Margaret Chin, and Stephen Levin are members of the New York City Council, representing parts of the Bronx, Manhattan, and Brooklyn, and members of the Council’s Progressive Caucus. Their districts are all slated to be home to new or larger jails as Rikers Island facilities are closed. On Twitter @DianaAyalaNYC & @CM_MargaretChin & @StephenLevin33.