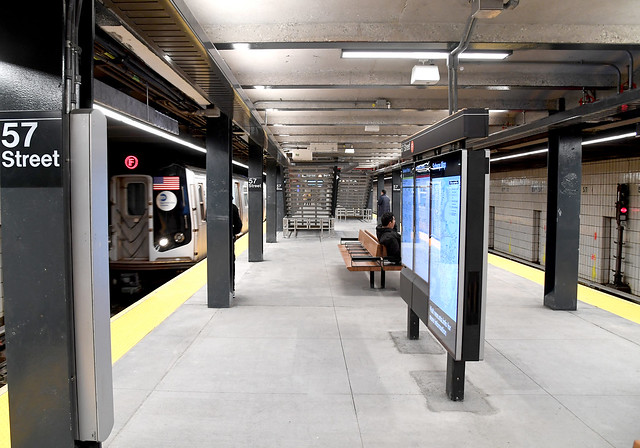 In advance of the MTA Board meeting taking place today (Wednesday, May 22), Reinvent Albany and ten other groups including Riders Alliance, TransitCenter, Regional Plan Association, and others sent a letter asking the Metropolitan Transportation Authority (MTA) to make sure that the process for developing its reorganization plan -- as required by this year’s state budget -- is public, transparent and consultative.

At a time when the MTA has been seeking to restore the public’s trust, it is as important as ever that a reorganization is not disruptive to riders, who are counting on a reorganization to provide better, not worse, service. Ensuring the discussions over the pending reorganization are open and consultative will help put the MTA’s best foot forward to show it is acting in the public interest -- something highlighted as a major need in Reinvent Albany’s recently-released Open MTA report.

So far, the process has not been public or transparent, and MTA Board members have raised important questions about their role. In March, before the state budget legislation was passed creating the mandate for reorganization, the Board was asked by MTA management to approve a contract with consultants AlixPartners. Once the budget was finalized and passed, at the April Board meeting, a $4 million contract was approved for AlixPartners to develop the reorganization plan.

While the law sets up milestones for the process to unfold, there is no detail on how the public is to be engaged in the process, and little detail on how the plan is to be presented to the public. The state budget requires the MTA’s consultant, now AlixPartners, to give its plan to the MTA Board by June 30 of this year. Our view is that the plan should be made public at that date, including any accompanying analyses.

AlixPartners is also conducting a “review” of waste, fraud, abuse, conflicts of interest, duplications of functions, etc., which is due to the MTA by July 31. Under law, the “review” is to be made public within 30 days of receipt by the MTA.

It is our understanding that the MTA Board, acting as the authority, will vote on a final reorganization plan sometime before the end of October of this year. Well before a final plan is voted on, the MTA Board and staff should reach out to public stakeholders, including riders groups, unions, advocates, and elected representatives, and publicly consult with them about potential recommendations. This would be best done outside of the MTA Board meeting process, which limits public engagement to 2-minute presentations and does not allow a dialogue to occur.

Beyond ensuring that the reorganization plan process is open and consultative, as supported by our partners, Reinvent Albany has a number of questions about the ramifications of the plan itself that we would like the MTA to answer:

Reinvent Albany also has concerns that this IT consolidation is creating an outsourcing trap for the MTA that results in dependency on outside, costly consultants. Transparent efficiency efforts rely on IT staff having the people, resources, and political will to make changes. Will they?

The MTA should seek to answer these questions -- and those of other stakeholders -- in a public, consultative process. MTA riders and taxpayers deserve nothing less.