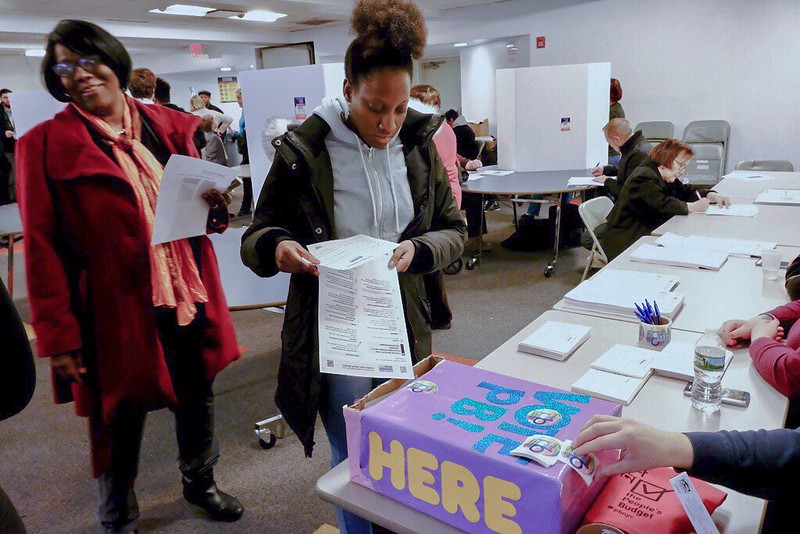 Suppose eight candidates are running for Mayor or a City Council seat or another New York City office. On election night, the results are extremely close: The top candidate gets 29% of the vote, and the second 28%. Even though 70% of voters picked someone else, a candidate with less than one-third of the votes will become the elected representative of 100% of the office’s jurisdiction.

This situation may seem unlikely, but it’s precisely what happened in a 2013 special election for New York City Council, when Donovan Richards defeated special election opponent Pesach Osina by only 79 votes. The district is mostly African-American, and except for Osina, the candidates were African-American. However, because the vote was split among six African-American candidates, Osina almost became the district’s nominee with only 28% of the vote. This election was not that unusual: In 2013, 14 of the 21 New York City Council primaries for open seats were won with less than 50% of the vote.

Ideally, in a democracy, candidates supported by a majority of voters get elected. We can make that happen in New York City. Starting with early voting, October 26-November 3, and on Election Day, November 5, New Yorkers can ensure candidates supported by a true majority of voters are elected by voting “yes” on ballot question one, which would adopt ranked-choice voting for primary and special elections starting in 2021.

Ranked-choice voting has already had a major impact in places like Oakland, California. In a ten-way race for the city’s mayor in 2010, candidate Don Perata was in the lead after the first round tally, with 34% of votes, compared to 24% for second-place Jean Quan. However, after the eight other candidates were eliminated and votes were transferred, Quan pulled ahead and won with 51% of the vote to Perata’s 49%. Quan was the preferred candidate of those who hadn’t put her or Perata as their first choice, and by voters overall.

If question one passes this fall and New York City is home to ranked-choice voting for primary and special elections, candidates will be forced to reach the largest possible number of voters while campaigning. Conceivably, the system could encourage more positive campaigns, as under ranked-choice voting, candidates sometimes cross-endorse in an effort to build support, and candidates generally want even people they may not be able to convince to put them first to choose them second.

It may increase voter turnout – it helps when people know their vote counts – and the initiative will save New York City millions of dollars by ending runoff elections (which occur for citywide races when no candidate receives 40% of the vote).

Ranked-choice voting will also arrive at a time when more Americans are running for office than ever. Now that candidates for office in New York City can have 89% of their campaign funds come from the city’s campaign finance system, the number of New Yorkers campaigning may hit all-time highs. With more than 30 City Council seats open, as well as two citywide seats and at least four borough presidencies, the New York City Campaign Finance Board projects that up to 500 New Yorkers will run for office in the 2021 elections alone. With so many options to choose from, it’s crucial that the results reflect the will of the majority. Ranked-choice voting ensures that the majority is heard.

At a time when many state and local governments are moving to take power from voters, we need initiatives like ranked-choice voting that give power to voters. This fall – starting with early voting October 26-November 3 and on Election Day, November 5 – New Yorkers can make their city a leader in electoral reform and help restore democracy’s greatest promise: People matter.