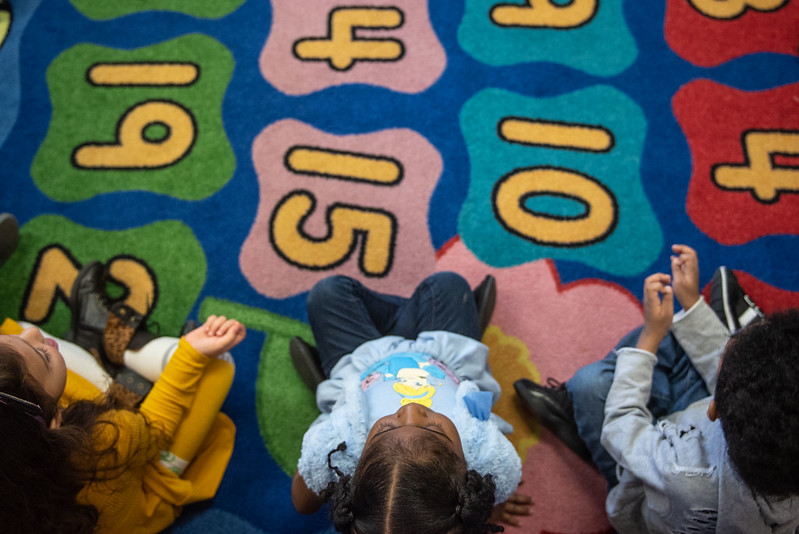 Governor Andrew Cuomo has called rightly on New Yorkers, in the face of the COVID-19 pandemic, to reimagine education. We should reimagine it without racial segregation.

The novel coronavirus’ path of destruction has starkly illuminated the structural racism that underpins so much inequality in America. That inequality includes educational segregation in New York.

Structural racism, which is the historical and ongoing racial discrimination and segregation of Black people in particular, is typically instigated or sanctioned by government. It has created the unequal foundation for so many aspects of life, including widely documented, underlying health disparities for Black and Latino individuals. It has played a fundamental role in where we live (through federal redlining and other discriminatory practices) and, therefore, where our children attend school.

As a result of structural racism, New York is the most segregated state for African-American students, with 65 percent of African-American students in intensely segregated schools. That designation is heavily influenced by the New York City public school system, but the segregation is statewide. That segregation is often formally structured through the fragmentation of school districts.

Yet distance learning, now a sudden reality, may have a valuable role to play in undermining segregation. It offers a vehicle for creating digital course offerings and other convenings that could free students from the entrenched landscape of racial isolation and inequity.

Through distance learning, students from multiple school districts could come together to learn and share experiences without being constrained by the geographic limitations imposed on them by previous generations and their prejudices. They might come together, for instance, for Advanced Placement courses or International Baccalaureate classes and broaden their understandings by sharing insights with students from other backgrounds.

They might also convene digitally for extracurricular activities. A model for that already exists with ERASE Racism’s Student Task Force, which consists of 23 high school students from 17 schools in Nassau and Suffolk counties on Long Island. While the Task Force previously met in person for most of its activities, we began meeting exclusively remotely in response to the pandemic. The Task Force and its thoughtful discussions, plans, and programs demonstrate the extraordinary benefits of students convening across school districts and even counties to learn together and from each other.

Implementing distance learning across school districts at a significant scale would require a more aggressive role by the State Education Department. The implementation of initial distance-learning initiatives amid the pandemic – with each school district acting in isolation, regardless of existing resources and capacity – merely reinforced the educational disparities already in place, as wealthier, whiter school districts were inevitably better able to implement those initiatives than poorer districts with more Black and Latino students.

Regardless of whether the decision to leave districts on their own was made deliberately or by default in the face of the looming pandemic, now is the time to prepare for enhanced educational outcomes in the new school year. Now is the time to think more creatively about options. That is where the opportunity for innovation emerges – both in how education can be advanced through distance learning, which is presumably here to stay to a degree still to be determined, and in diversifying educational instruction and environments in the process.

Three steps are key: First, the state should provide the needed funding to ensure that poor school districts can take advantage of online instruction, with enhanced tools and training to enable all teachers to deliver optimum instruction on distance-learning platforms. Second, the state should work with Internet providers to ensure that students in poor communities have Internet access affordably – even free. Third, the Board of Regents should ensure that every child has access to the equipment, connectivity, and instruction needed for effective utilization of distance learning.

In that context, New York should ensure that curricula are culturally responsive, reflecting the diversity of race, ethnicities, and cultures represented in our country and in New York state, even though they are not represented in all districts. Fortunately, the State Education Department has already developed a “Culturally Responsive-Sustaining Education Framework,” on which ERASE Racism provided feedback as it evolved.

The Framework helps educators create student-centered learning environments that affirm diverse identities, while preparing students for rigor and independent learning and elevating historically marginalized voices, among other goals. It addresses the reality that, in order to tackle racial disparities across the nation, it is necessary to have conversations in classrooms about the truth of structural racism throughout history and in the present day.

In reimagining education in New York, those same historically marginalized voices are stakeholders that need to be engaged: students, educators, parents, and community members. Those whose work and passion have focused on identifying and addressing the structural racism that has kept segregation in place must be fully involved, as their insights are vital to dismantling that persistent scourge. ERASE Racism stands ready to help in that endeavor.

Governor Cuomo has called on New Yorkers to reimagine education in the face of COVID-19. Now is the time to convert this public health and economic tragedy into a catalyst to destroy the perpetual plague of racial segregation and inequity.