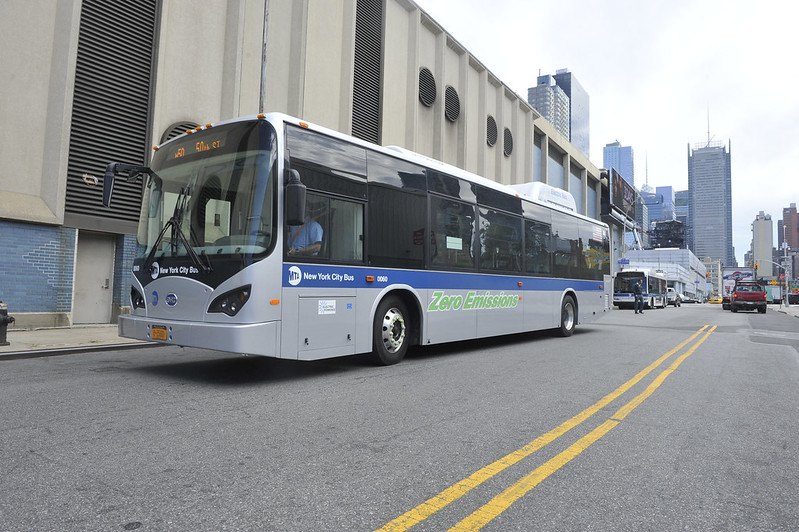 This has been a year of unexpected and devastating loss with the number of deaths from COVID-19 in the United States already surpassing 300,000. In New York City, bus drivers, train operators, and other transit workers have shown up everyday to keep the city moving forward through the spring peak and now into a second wave of infections.

But there is a cost to providing transit services during a pandemic. And the cost is more than 125 MTA workers who have already lost their lives, and thousands more who have been infected and may suffer lifelong health impacts.

What’s most tragic, is that much of this loss was preventable. Partly because our leaders could have managed the pandemic better, but also because air pollution makes the impacts of COVID-19 much worse, and air pollution is largely preventable.

Many bus drivers, train operators, and other transit workers come from the same neighborhoods most impacted by high concentrations of air pollution, the environmental justice communities leading the fight for climate justice.

Air pollution, specifically particulate matter (PM) 2.5, is the largest environmental health risk in the United States, and the Trump EPA just rejected stricter standards despite concerns from the agency’s own scientists. PM 2.5 directly leads to heart problems, respiratory illness like asthma, diabetes, and birth defects. PM 2.5 comes from burning fossil fuels, and in New York, vehicle tailpipe emissions are the number one source of this harmful pollution.

These emissions from cars, trucks, buses, and trains are also the largest contributor to New York State’s greenhouse gas (GHG) emissions, responsible for 36% of the state’s total GHG emissions according to the New York State Energy Research and Development Authority’s inventory.

And, these harmful pollution impacts are even worse near their sources. Roughly one-third of the negative health impacts occur within five miles of the emission source, which means that neighborhoods in heavily-trafficked communities suffer the most.

In response, the ElectrifyNY coalition – in partnership with Assemblymember Jeffrey Dinowitz and Senator Timothy Kennedy – introduced the Green Transit Green Jobs bills to mandate that all transit agencies in New York purchase only zero-emissions vehicles starting no later than the year 2029.

This legislation will help decrease air pollution and protect New Yorkers’ health, while also helping to achieve the GHG emissions reduction goals set by New York’s nation-leading climate law (the Climate Leadership and Community Protection Act). In fact, by transitioning all the buses in New York to zero-emissions electric vehicles, transit agencies would eliminate 900,000 metric tons of CO2 and save approximately $870 million in health costs.

Green Transit Green Jobs also means more local, good-paying jobs because it will encourage electric bus manufacturing in New York and will contribute to the growth of a green economy that no longer exacerbates the risk to public health and our climate. There are 8,500 transit buses in operation throughout the state, and transitioning all of them to electric vehicles will greatly improve the health, environment, and economy of the entire state and its people.

The link between transportation and air pollution is clear, as are the negative impacts of that pollution on public health and the climate. The Green Transit Green Jobs bills give us a roadmap to protect the health of our communities and our climate while prioritizing the equity and environmental justice goals in New York’s climate law.

Bus drivers, subway conductors, and other transit workers have kept New York moving forward through this crisis. We should honor them by putting New York on track to a future with good jobs, healthier communities, and a sustainable climate.