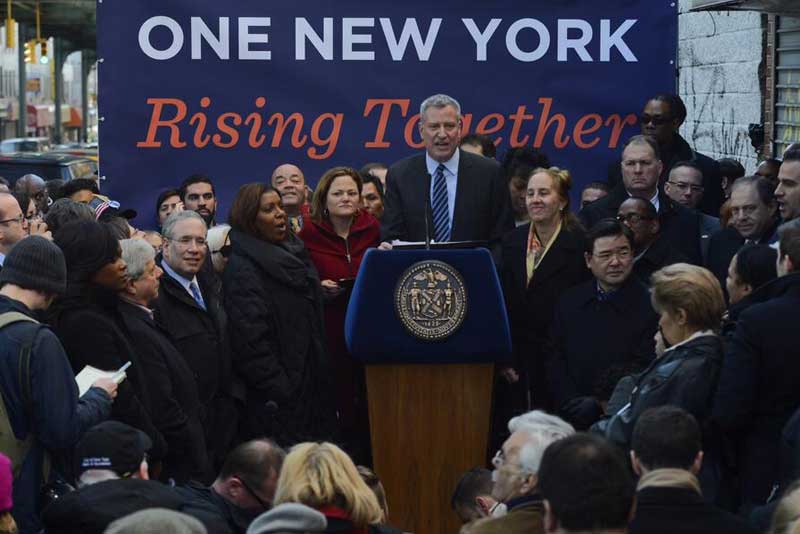 Their decision is a concrete move to confront and alleviate inequality, and bodes well for all New Yorkers, especially low-income workers and their families who live paycheck to paycheck.

The new administration’s proposal will guarantee paid sick leave to manufacturing workers and those at businesses of five or more employees, as well as provide for more aggressive enforcement by city agencies. These are critical first steps that recognize the dignity of workers who drive our city’s economy.

Leonardo Fernando is one of those workers. A 47-year-old immigrant who’s lived in Queens for nine years, he works 12-hour shifts at a car wash, in the heat and in the cold, to support his four children. Previously without paid sick days, he’s gone to work with the flu because he couldn’t afford to risk losing his job or missing a day’s pay. He will now be protected.

Of course, there’s still more to do through the legislative process. We would like to see all workers in New York have the right to paid sick time, and for the administration to strengthen enforcement through increased fines and provide workers the right to go to court when their rights are violated. But this is a great start.

In expanding the earned sick days law, which was fought tooth and nail by the Bloomberg administration and its corporate allies, Mayor de Blasio is honoring a campaign promise and governing as a progressive. And Speaker Mark-Viverito has signaled a clear break from her predecessor, who delayed the enactment of this law for years.

The shift in public policy is a direct result of years of work by workers, progressive advocates, community organizers, labor unions, and the faith community, who banded together to identify and elect new leaders in response to a widening income gap and exclusionary policies that didn’t help middle and working class families.

New York City is now a place where no worker will lose a job for taking a sick day.

Imagine a New York that’s more affordable, more inclusive, more fair. Imagine a city where all children have access to pre-school, a city that eliminates discriminatory policing, a city that leverages wealth to fight inequality and keep families in their homes.

The possibilities are endless. It’s a new day in New York.

Amy Carroll is the Deputy Director of The Center for Popular Democracy. Javier Valdés is the Co-Executive Director of Make The Road New York.