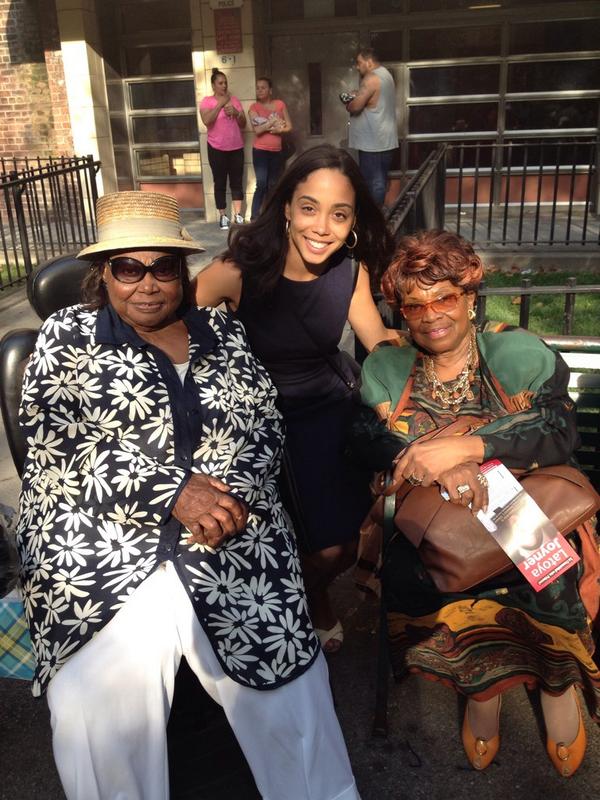 The author, middle, in the Bronx (photo: @JoinJoyner)

Affordability of housing is a growing problem for Bronx residents and families, more so than any other New York City borough. Having grown up in the area, and now working as a court attorney for a New York City Civil Court Judge, I have seen firsthand the troubles Bronx residents and families are facing. This is one reason I decided to run for the New York State Assembly in the 77th District.

The Institute for Children, Poverty & Homelessness said recently that the Bronx is in dire need of intervention. For instance, the number of homeless families in the Highbridge and Concourse sections increased 37%, to 633 families, from 2005 to 2010. Meanwhile, Bronx median rents increased by 10.5% to $954 per month. And the office of New York City Comptroller Scott Stringer pointed out in April that housing affordability – computed by rent-to-income ratios – decreased for every income group in the city. The hardest hit are those New Yorkers earning less than $40,000 a year. The Bronx median household income is $34,300.

Overall, the 1,084 homeless Bronx families make up the bulk of the city's homeless population, according to a recent Daily News report. And surging rent increases are partly to blame. As an active member of Community Board 4 and the Neighborhood Advisory Board, I know how integral affordable housing is to the lifeblood of this borough. Meanwhile, it's unclear whether current City policies are headed in the right direction. The Rent Guidelines Board voted 5-4 in June to raise rents by 1% for one-year lease agreements for the nearly one million city homes regulated under the stabilization law. If you plan to sign a two-year lease, your rent will rise by 2.75%, according to the board's decision.

But the families protected under these guidelines make up only 45% of all rental units in the City, according to a 2011 New York City housing survey conducted by the Census Bureau.

There may be some light at the end of the tunnel for tenants, however. Mayor Bill de Blasio's laudable "Five-Borough, Ten-Year Plan" to create or protect 200,000 affordable housing units over the next decade is a refreshing source of hope. According to the Community Service Society of New York, the city lost about 385,000 units of affordable housing between 2002 and 2011.

More than ever before, housing and rent regulations need a tune-up to address the current and future needs of Bronxites. With rent regulations up for renewal in Albany in June 2015, I will advocate to strengthen existing laws that will preserve and protect affordable apartments.

***
by Latoya Joyner, Democratic candidate for State Assembly in the 77th Assembly District. Find her on Twitter.
***

Note: publishing this op-ed is in no way an endorsement of Ms. Joyner's candidacy. Any candidate for office is welcome to submit a substantive op-ed to our editorial desk.