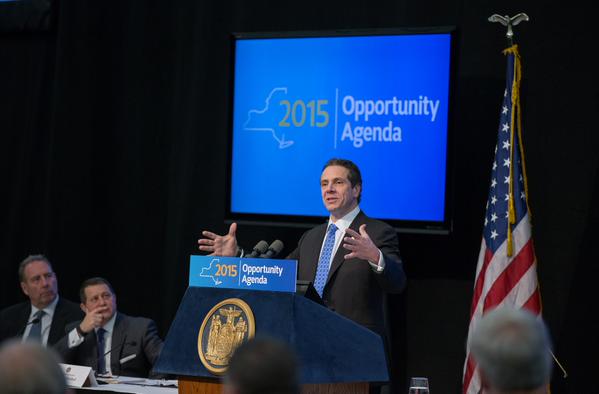 Last week, Citizens Budget Commission listed the Top Ten Things to Look for in the NYS 2016 Budget. Here is how they fared in the Executive Budget Proposal outlined by Governor Cuomo on January 21:

1. Windfall Settlement: Will these funds ultimately be spent prudently, with returns on investment?

The FY2016 Executive Budget uses $5.7 billion in bank settlement proceeds for one-time expenditures and investments. Although one-time uses are appropriate, the merits of specific proposals vary. The value of using $1.5 billion for an Upstate Revitalization fund to award $500 million apiece to three upstate Regional Economic Development Councils (REDCs) is speculative at best. But the proposed allocation of $1.7 billion to the Thruway Authority and the MTA is likely to pay off, especially if viable capital plans are developed for each. $850 million set aside to settle federal Medicaid liabilities is sensible.

A series of dramatic school reforms – including modifications to teacher evaluations, teacher tenure, and others are proposed along with a super-size school aid increase of 4.8 percent, or $1.1 billion, contingent on their adoption. Missing from the proposal is any discussion of school finance reform, an unfortunate omission. It is time to overhaul antiquated and byzantine school aid formulas to ensure funding flows according to need and district ability to pay.

3. Medicaid: Will spending stay under the cap of 3.6%? Will the cost of newly eligible immigrants be affordable?

The FY2016 Executive Budget grows Medicaid by 3.6 percent to comply with the "global cap," set at the 10-year average of the health inflation index. Both the global cap and Commissioner of Health's special authority to unilaterally reduce spending would be made permanent. To afford the cost of covering newly-eligible immigrants the Executive Budget establishes a Basic Health Plan which entitles the State to additional federal aid to offset costs.

4. Budget Growth: To meet 2% growth assumption, what spending will be reduced to make a surplus a reality?

Last year the State's financial plan began to show placeholder savings from limiting spending growth to 2 percent in future years. The presentation masked a true baseline gap of $1.8 billion in FY2016. To close the gap to meet the 2 percent growth target, state agency spending is held flat for savings of $92 million, and $1.4 billion is subtracted from planned spending in local government assistance. These reductions net against $176 million in new initiatives. Additional resources come from the upward revision of receipts and use of prior year surplus ($373 million), and capital and debt management initiatives ($121 million).

The expansion of tax credit and other economic development programs continues. In addition to investing $1.5 billion through upstate REDCs, the FY2016 Executive Budget proposes a fifth round of $150 million in capital grants, a $50 million expansion of the State's venture capital fund, and $110 million to SUNY and CUNY for 2020 challenge grants. Excelsior tax credits also cover entertainment companies retroactively, entitling The Late Show to $11 million.

6. Design-Build: Proven tool in reducing construction costs has expired. Will the Governor continue to champion the cause, propose extension or PPPs?

With design-build, one contract is issued for the design and building of a capital project, allowing for better-designed, lower-cost projects. New York's three-year authorization saved 27 percent on Department of Transportation projects but expired as 2014 ended. The FY2016 Executive Budget makes design-build permanent and expands it to all State agencies.

7. Personal Income Tax: Lower tax rates for middle income brackets expire in 2017. Will the Governor propose an extension and how will he pay for it?

8. State Agencies: Will this be the 5th year of frozen agency spending? Are there specific plans to realize greater efficiencies or just "do more with less"?

Agency budgets are held flat. Spending discipline has reduced the Executive-controlled workforce from 131,741 in FY2010 to a projected 119,160 in FY2016, a reduction of 12,581 positions, or 9.5 percent. The Governor committed to unveiling the NY Performs platform, recommended by the 2012 Spending and Government Efficiency or SAGE Commission. NY Performs has the potential to improve agency productivity if unit costs are paired with effectiveness measures.

In December the Governor vetoed the two-year extension of the Brownfield Tax Credit program. The FY2016 Executive Budget modifies the $500 million per year program by limiting eligibility to economically disadvantaged sites. Credits are limited to remediation costs, prohibiting developers from claiming them for building development costs.

10. Transportation: Clues to how the gigantic holes in the MTA and Thruway Authority capital plans will be filled? Tappan Zee financing plan?

The FY2016 Executive Budget proposes $1.3 billion from bank settlements for the Thruway Authority for the new Tappan Zee Bridge and other needs. The MTA would get $400 million for Penn Station Access and parking and development at suburban stations. Apart from the settlement funds, the State's five-year capital plan adds $750 million in capital appropriations for the MTA for FY2018 to FY2020. Although these investments are prudent, they constitute a proverbial "drop in the bucket" when compared to need. Viable financing plans are imperative for both entities.