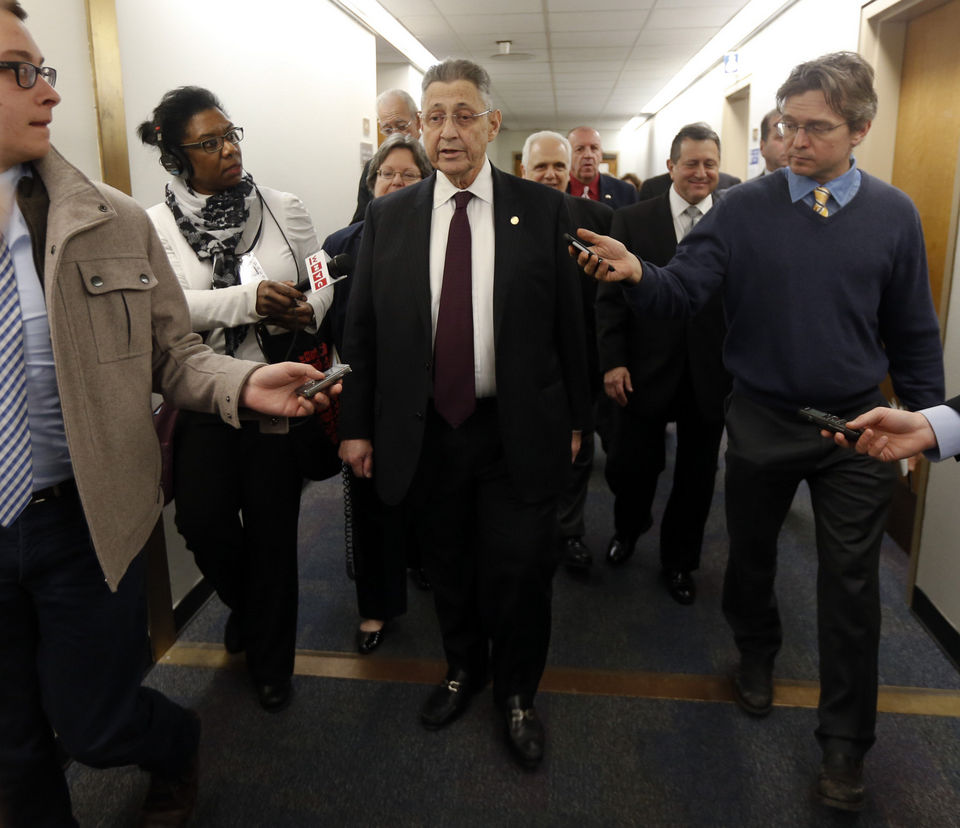 It's not very hard to grasp Shelly Silver's strengths and weaknesses. The weaknesses especially are on full display. Putting aside legal judgments, Shelly exhibited a kind of moral obtuseness, a grand inarticulateness, and the haughtiness of the ultimate powerful political insider. He tried to control events and people, rather than manage them. Under his leadership there was little warmth or camaraderie, and a metastasizing public discontent with the order of things.

His strengths were many, but understanding them will take a special kind of effort. The public, including perhaps you, Dear Reader, have absorbed a meme about Albany, especially the Legislature, that goes like this: "They're all sheep, crooks, or idiots, and three men in a room run the place." If you believe that maybe you should stop reading here. It's not true, it interferes with an understanding of events, and in the end it slows up needed reforms.

There are a few truths that need repeating. The overwhelming bulk of state elected officials are honest, hardworking, and give a damn. The system is not intrinsically corrupt. Most important things are decided by Members. The real corrupt practices, mostly campaign fundraising, are legal.

In that world, Shelly's hold on the Assembly becomes understandable. Members trusted him to fight for the things they cared about. He was the best and most effective negotiator I've ever met. For almost twenty years I watched him listen carefully to his Conference, and plunge into negotiations with difficult Governors and reactionary Senators and emerge with the best possible deal. In fact, during all this time, the progressive agenda was the child of the Assembly's Democratic Conference and was substantially advanced. If you care about school aid, or the environment, or women's rights, or civil rights, or the minimum wage, or the rights of the disabled, or tax policy, then thank your lucky stars for the Assembly Democrats and Shelly Silver's talents. Rank and file Members knew it and were reluctant to lose him.

Take pre-K, everyone's favorite educational advance. Ten years ago, after many conferences decrying the state's educational program, Shelly came to us with a proposal to use the Assembly's limited budget powers to start pilot pre-K programs largely in New York City. He won a tiny, initial victory, and for several years nurtured the program until Governors, Mayors, Senators, and the educational establishment decided to embrace it as their own. Now it's mainstream.

Take the death penalty. Under Govs. Mario Cuomo and George Pataki this was a powerful political issue. The Assembly repeatedly voted against reinstituting the death penalty, and managed the electoral politics. As public sentiment and the courts shifted, the Assembly quietly oversaw its end.

Many of the same things that Shelly did poorly on the public stage served him well as the Conference's negotiator. He listened, didn't respond, mumbled a little, kept his own counsel, and had exquisite timing. It worked. Given the overwhelming constitutional powers of the Governor (especially on budget matters) and the reactionary tendencies of the Senate, Shelly got the Conference more than its political power deserved.

This mattered to Members more than the legal and ethical cloud that he brought on himself. In a sense they were wrong to stand by him. No democratic institution can survive a collapse of public confidence, and fairly or not, public confidence in Albany has collapsed. In a sense they were not wrong. Most Members have a deep and abiding concern for the things they do that impact peoples lives. The launch of the 2015 budget process wasn't the time to switch leaders.

Shelly's ouster was driven by a rank and file revolt. In the end the appalling moral cloud that attached to the Federal Complaint was more important than any diminished capacity to protect the Assembly's budget agenda. It was the right course of action. But it wasn't accompanied by the kind of editorial board outrage that's everywhere. It was done because it was necessary and important to elevate ethical concerns over narrow legal and political arguments. The short-term effect on budget priorities will just have to be managed.

Shelly's demise should provoke a thorough re-thinking of Albany's laws, culture, and practices. This includes the Legislature to be sure, but needs to apply to the Governor, the State Constitution's bizarre power arrangements, the political system, and to our understanding of the interplay between government and politics in a democracy. It would be nice if that could be done without cartoonish descriptions of elected officials, or state government. Or even Shelly Silver.

***
Richard Brodsky is a former Assemblyman now practicing law and serving as a Senior Fellow at NYU and at Demos.