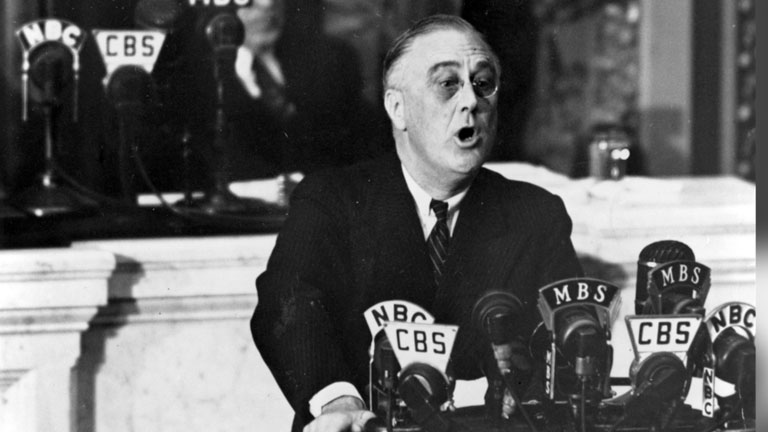 New York's prominence in national politics is no surprise. Arguably the nation's most historically important state for many years, New York is something of a proving ground for the presidency. Succeeding as New York governor, for instance, demonstrates capacity to lead, address complex issues, manage politics successfully, and get things done. Simply serving as governor or U.S. senator from New York is almost always a guarantee of a high-profile. New York for many years had more electoral votes than any other state and even now has a sizeable number.

New York's significant role in presidential elections has a long and illustrative history.

1904: The judicious judge vs. the energetic president
Theodore Roosevelt (R), New York governor 1899-1901 and then vice president, became president in 1901 after the assassination of President William McKinley. Over the next three years, TR compiled a vigorous record, promoting conservation, taking legal action under the anti-trust law to dissolve a powerful railroad consortium called the Northern Securities Company, and supporting a revolution in Panama to achieve independence from Columbia and then negotiating an agreement to build a canal there to link the Atlantic and Pacific oceans. He was easily nominated by his party to seek a full term as president.

Alton P. Parker (D), chief judge of the New York Court of Appeals since 1898, was a proven Democratic vote getter in what was then a predominantly Republican state. His solid, well-reasoned opinions gave him an aura of authority and reliability, an advantage, his backers insisted, over the sometimes impetuous TR. Parker in January 1904 wrote the majority opinion in the case of People v. Lochner, validating a New York law regulating the working and safety conditions of bakery employees. It was an eloquent affirmation of the government's authority to regulate industry, and it helped him secure the Democratic party's presidential nomination in the summer.

Parker resigned as chief judge and, following the custom of the day, did not travel or make speeches beyond a few from the front porch of his estate, Rosemont, in Esopus, on the Hudson River near Kingston. He campaigned on frugality and economy in government, cautioned against foreign adventuring, and accused TR of secretly soliciting campaign contributions from railroad and banking magnates. TR denied the accusation and pointed to his energetic, proactive record as President. Parker generated little enthusiasm. A cartoon in the fall showed him in a rowboat near his dock at Rosemont, leisurely fishing and lamenting, "If I could only hook a real issue!" Americans in the early 20th century were ready for strong presidential leadership. TR won easily, garnering nearly 60% of the popular vote.

1912: the resurgent New Yorker
TR served as president until 1908 and was succeeded by his friend and Secretary of War, William H. Taft. TR had so much confidence in Taft that he easily convinced Republican leaders that Taft was his logical heir apparent. Roosevelt went off on a hunting trip to Africa and when he returned in June 1910, he quickly expressed displeasure at the way his successor had handled things. Taft, amiable and accommodating, had signed a tariff bill that increased rates on imported goods, weakened TR's conservation policies, and given in to Republican conservatives in Congress on other issues.

TR began attacking Taft and articulating a new political philosophy which he called "the New Nationalism." Roosevelt condemned court decisions that nullified state regulatory statutes and declared that "property shall be the servant, not the master, of the commonwealth...The...essence of any struggle for healthy liberty has been, and must always be, to take from one man or class of men the right to enjoy power, or wealth, or position, or immunity, which has not been earned by service to his or their fellows." Roosevelt sought the 1912 Republican nomination and won most of the primaries in the handful of states that had them that year. But Taft supporters denounced TR as a dangerous power-hungry radical who if elected might wield unprecedented executive power. They vowed to stop him at all costs. Taft forces controlled many state delegations and the president was renominated.

TR and his supporters cried foul, left the Republican convention, and then formed a new party, the Progressive Party, dubbed the "Bull Moose" party after TR declared he felt as "fit as a bull moose." The Progressive platform included workmen's compensation, old-age insurance, woman suffrage, and federal regulation of business, built around the slogan "Let the People Rule!" TR campaigned energetically, narrowly escaping assassination when a deranged man fired at him in Chicago. The Democrats nominated Woodrow Wilson, who had served as a progressive New Jersey governor and before that was president of Princeton University. Wilson campaigned on a platform of "the New Freedom," including strong federal regulation of business. Taft waged a weak, dispirited campaign. With the Republicans effectively split between Roosevelt and Taft, Wilson triumphed easily, Roosevelt came in second, and the hapless Taft carried only two states, Utah and Vermont.

1916: the progressive New York governor and judge
Woodrow Wilson pushed several progressive reforms through Congress, including the Federal Trade Commission, the Federal Reserve Act, a strong anti-trust law,, and a lower tariff. But after World War I began in 1914, public attention shifted to the balance between defending American trading rights on the high seas and at the same time avoiding being drawn into the war. Easily re-nominated in 1916, Wilson espoused military preparedness but also pledged to keep the nation at peace, campaigning on the slogan "he kept us out of war."

Republicans, reunited after their 1912 split, nominated former New York Governor and Supreme Court Justice Charles Evans Hughes. TR and Taft both endorsed him. Hughes had been a strong, progressive governor and a moderate, capable judge who favored government regulation. But he was an uninspiring campaigner, his speeches limp, too often laden with platitudes. Hughes so straddled the issue of peace and war that the Democrats dubbed him Charles "Evasive" Hughes.

The result was close in a number of critical states. The election hinged on California. That state's Republican governor, Hiram Johnson, who had been TR's 1912 vice presidential running mate, was lukewarm on Hughes. One day during the campaign, Hughes and Johnson were in the same hotel in Long Beach for several hours, but, due to a scheduling snafu, did not meet with each other. Hughes later apologized but Johnson thought Hughes had snubbed him and gave him only nominal support. Wilson narrowly carried California and the election. (The next year, 1917, Germany began attacking American ships with its submarines, leading Wilson to ask Congress for a declaration of war. Hughes later went on to be Secretary of State and Chief Justice of the United States.)

1928: New York's "Happy Warrior"
America was prosperous and at peace in 1928, which many people attributed to the benign, pro-business policies of Republican Presidents Warren G. Harding (1921-1923) and Calvin Coolidge (1923-1929). When Coolidge announced he would not run in 1928, Republicans selected his Secretary of Commerce, Herbert Hoover, as their candidate. Hoover, an engineer, had won acclaim for leading relief work in Europe after World War I and promotion of business and prosperity as commerce secretary. He campaigned as heir apparent of the two previous Republican presidents and promised to continue America's sunny prosperity.

People were satisfied, even complacent. It seems unlikely any Democrat could have defeated Hoover in 1928. Democrats selected a strong contender, Alfred E. Smith, governor of New York 1919-1921 and 1923-1928. Smith, the "Happy Warrior," was one of New York's most effective governors, consolidating state government, enacting the modern state budget system, increasing aid to education, and taking other initiatives. But Smith was also a "wet" -- he opposed prohibition, the outlawing of alcoholic beverages, which had been in effect since 1919. He was also a Catholic at a time when anti-Catholic bigotry was strong. Opponents whispered that Smith would be under the control of the Vatican and might even bring the Pope himself to Washington to take charge of the government.

Smith espoused a vision of a federal government which would address the issues facing the nation "along sane, sensible progressive lines." His informal campaign song, "The Sidewalks of New York," reminded audiences everywhere he spoke of his New York roots. That helped in some places but hurt the candidate in other areas which associated New York City with concentrated wealth, urban problems, and overly-liberal values, and associated Smith himself with the New York Tammany Hall Democratic organization. Smith did well in urban areas but he carried only seven states, all but one in the south, which had been strongly Democratic since the time of the Civil War.