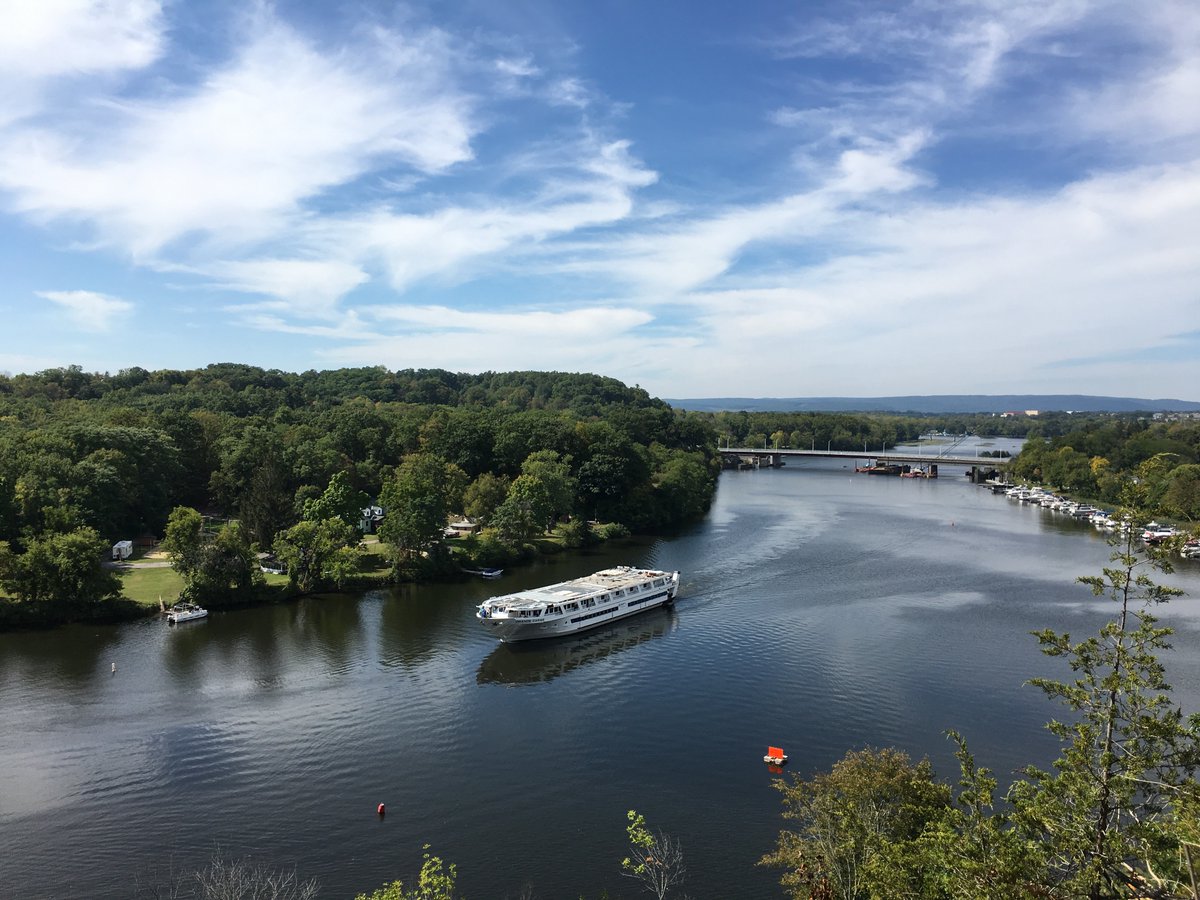 Along the Erie Canal (photo: @NYSCanalCorp)

The Erie Canal just celebrated its 192nd birthday on Thursday, October 26, the date in 1825 when it was completed and Governor DeWitt Clinton, the canal’s most ardent and persistent advocate, boarded a packet boat in Buffalo for a 10-day journey to New York Harbor.

Upon arriving that day, Clinton emptied two casks of Lake Erie water into the harbor. This triumphant “wedding of the waters”—linking the Great Lakes to the Atlantic Ocean—was followed by the overnight success of the Erie Canal. It transformed the nation by providing a pathway for westward expansion. It created new markets by dramatically cutting the cost and time to ship goods and allowed New York City to become a reigning center of world trade.

Suffice to say, times have changed along the Erie Canal, as they have along the Oswego, Champlain, and Cayuga-Seneca canals, the other components of the New York State Canal System. Mules pulling barges filled with lumber, coal, and hay, as the song goes, have long been gone. So are most of the barges.

Now, most of the traffic on the canal is either by recreational vessels or the bikers, hikers, joggers, and cross-country skiers who take 1.6 million trips annually on the Erie Canalway Trail, the old towpath used by the mules.

Nobody disputes the Erie Canal’s iconic status. But it is much more than just an historic artifact. This is an active, vital waterway. But when the New York Power Authority assumed control of the Canal System this year, Gov. Andrew Cuomo sensed it was a crown jewel in need of some additional luster.

That’s why he tasked the Power Authority and the state Canal Corporation to launch a global competition to reimagine the canal system, so it can be embraced by more visitors and once again serve as an engine of economic growth.

While boat traffic on the Canal System is well off its historic highs, its water still matters even if you never set foot inside a boat. It helps irrigate crops and golf courses in Western New York. Factories rely on the water for cooling systems for heavy machinery. It serves as a source of drinking water in Utica. And it’s the home for 27 hydroelectric plants—including three owned by NYPA—providing clean, renewable power.

It is on that foundation that this competition rests. We’ll seek entries on two tracks. The first will solicit proposals for infrastructure so we can reshape the relationship between the canals and the 226 communities they pass through. That could include building new facilities or re-engineering existing structures.

The second track focuses on the best ways to increase recreational use of the Canal System and enhance the visitor experience by creating a new tourist destination or giving a reboot to one that currently exists. There’s also a lot of potential in creating signature events, like the ones we held this year across the state to celebrate the bicentennial of the Erie Canal’s construction.

Under Gov. Cuomo, NYPA and the Canal Corporation will award up to $2.5 million for proposals that demonstrate the best ability to promote economic growth, increase visitation and are sustainable over the long term. The competition is open to anyone from anywhere -- good ideas have no boundaries.

Admittedly, I had never traveled on the Eric Canal before NYPA assumed control of the Canal System from the State Thruway Authority. Like most Manhattan residents, it’s something I had only heard of. The nearest canal was north of Albany. But I quickly realized why the canals are so integral toward defining the essential fabric of what made New York The Empire State.

Communities take deep pride in their link to the canals. It’s not just the dozens of museums and historical societies in the canal corridor that feel this way. Visitors constantly remark about the warm welcome they receive in canal towns because the locals like to show off their links to canals that turned the U.S. from mostly a nation of farmers to an industrial superpower. Many of these towns sprung up along the canal banks. They have plenty of great stories to tell.

We should be proud of that legacy. But with this competition, as New Yorkers we can be prouder of what is yet to come.