by Elizabeth Crowley and Melissa Mark-Viverito 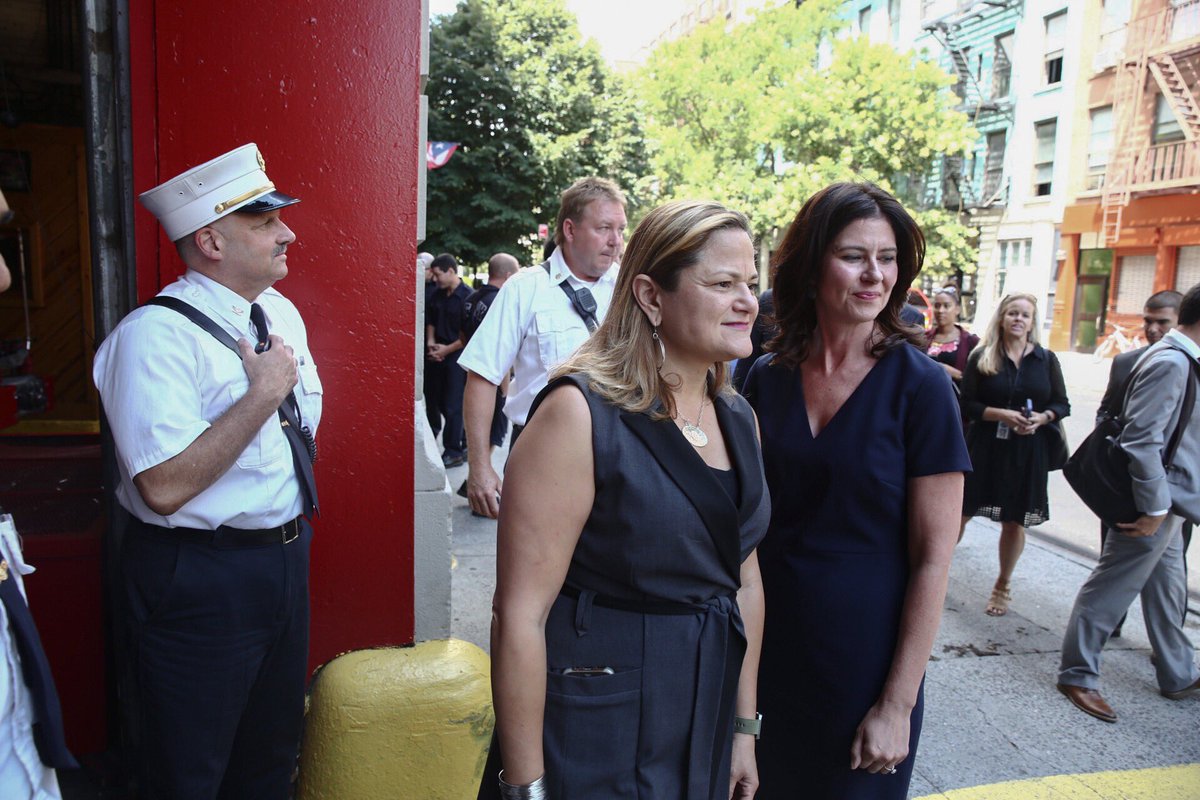 Susan B. Anthony said in 1897, “There will never be complete equality until women themselves help make laws and elect lawmakers.”

Thanks in part to Anthony’s life work and that of her fellow suffragettes, American women now have the power both to vote and serve as lawmakers. Yet, more than 120 years later, Anthony’s dream of complete equality has not been realized, because of the profound disparity in representation between men and women in elected office.

During our years as members of the New York City Council, we saw the number of women in the Council decline from a high of 18 in 2009 to its current number of 11.

Why should New Yorkers care about the underrepresentation of women in the city’s legislature? Our experience in the Council serving on the governing team that oversees the spending of your tax dollars is perhaps the biggest reason.

The city budget is over $85 billion and the Council has oversight over nearly 130 different government offices and agencies and nearly 300,000 full-time city employees. How this money is spent and these critical resources are managed reflects the makeup of the city’s elected officials. When over 78% of the Council’s members are men, male points of view dominate the discourse in the halls of government, even though a majority of New Yorkers—52%—are women.

Fortunately, there is a new awareness across the nation that women will not be equal until they have equal say in the most important decisions that affect their lives. One reason for this awakening is the election of a president who revels in his misogyny, has bragged about sexually assaulting women, and continues to show contempt for women in office, filling his cabinet with the highest percentage of men of any president since George W. Bush in his first term.

To do our part locally in the fight for complete equality, we co-founded the 21 in ’21 Initiative, a nonpartisan effort that aims to achieve gender parity in the New York City Council, starting by increasing the number of women in the Council to at least 21 through the next city election cycle, with votes cast in 2021.

While this goal is ambitious, it is attainable mainly because of two factors: term limits and the city’s campaign finance system, which includes a significant public matching fund program.

In 2021, 36 of the Council’s 51 seats will be vacant because of term limits. Without an incumbent office holder, these seats are much more winnable, particularly for a candidate who has spent years preparing to run. That’s why nearly four years out from Election Day, we’re already building the infrastructure and recruiting the candidates we’ll need to accomplish our mission of electing a minimum of 21 women to the Council in 2021.

It will be a challenge, but it is possible, and the work is well underway.

The best part of New York City’s electoral system is that you don’t have to be rich or have wealthy friends to become a successful candidate. That’s because the city’s Campaign Finance Board matches every dollar donated to your campaign up to $175 at a six-to-one ratio, turning, for instance, a $10 donation into $70. This system empowers women from every neighborhood and every background to step up and vie to represent their communities in the Council.

The main reason that more women aren’t elected officials is that far fewer women become candidates. Studies show that when women do run, they win at a comparable rate to men, despite additional barriers. While there are several factors that deter women from running, a large one is that women aren’t generally brought up in a way that inclines them to self-select as candidates the way men do.

We grew up in women-led households, in which our mothers made the decisions for our family. They were leaders that instilled in their daughters the belief that serving in public office was the noblest of professions. We were lucky to have mentors like our mothers.

It is this model of strong mentorship that is at the core of the 21 in ’21 Initiative. We have already built a top-notch network of mentors to strengthen and support female candidates.

21 in ’21 is here for the women ready to become the future leaders of our city, but all New Yorkers must contribute in order for Susan B. Anthony’s dream to become a reality. From the voting booth to our block associations, and our political clubs to our community boards and of course to the New York City Council and beyond, we must all demand equal representation now.

***
Melissa Mark-Viverito and Elizabeth Crowley are former City Council members and co-founders of 21 in ‘21. Mark-Viverito was the Council Speaker from 2014 through 2017. On Twitter @MMViverito and @ElizCrowleyNYC.