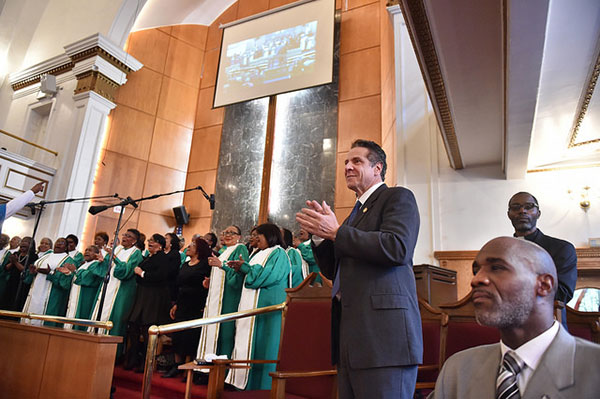 It has been nearly three years since Kalief Browder tragically ended his own life after being caged, abused, and tortured on Rikers Island. Elected officials promised us that his story would be a turning point and that New York would fundamentally transform a criminal justice system designed to criminalize low-income black and brown New Yorkers and then place a bounty, through the money bail system, on our freedom. With another new state budget now passed in Albany, it is clear state leaders are not going to make good on those promises and New York will continue to keep people locked in cages because they are too poor to pay bail.

I cannot imagine what Kalief must have felt while trapped in a cage, spending much of his time in solitary confinement, facing abuse from the guards and other incarcerated youth -- only there because he could not afford bail. As a young black person, growing up in Brooklyn, I can relate to how Kalief must have felt that night; his future was permanently disrupted. I have been out in my neighborhood, just enjoying myself, or hanging out with friends, only to have the NYPD initiate an interaction that reminds black youth we cannot afford to be care-free when the criminal justice system surveils, restricts, and criminalizes our very existence.

That is why I organize with youth across Brooklyn and New York City to end racist and biased policies and practices throughout the criminal justice system. It is why last week, I traveled three hours to Albany to join civil rights organizations, public defenders, community organizations, and NFL player DeMario Davis (formerly of the New York Jets), to demand New York legislators pass bail reform that will completely eliminate wealth-based detention, significantly reduce the number of New Yorkers caged before their trial, reduce racial disparities, end profiteering in pre-trial services, and does not increase the likelihood that people will be detected, detained or deported by federal Immigration and Customs Enforcement (ICE).

In Governor Cuomo’s State of the State speech he made promises to reshape New York’s bail and pre-trial detention that will “will transform our criminal justice system by removing critical barriers, reaffirming our beliefs in fairness, opportunity and dignity, and continue our historic progress toward a more equal society for all." He did not follow through by passing reforms that would have made positive change.

And, unfortunately, when I studied his proposals, it became clear some parts could actually bring reform in the wrong direction. If passed, the governor’s proposal would increase the number of New Yorkers who are detained before trial without the possibility of release, give prosecutors the power to hold New Yorkers before trial, expand the use of electronic monitoring and house arrests, and pass the costs of pre-trial services on to people awaiting their trial. It isn’t progress if we extend mass incarceration into our homes and communities through ankle bracelets and house arrests and then charge poor people for the cost of their release before trial.

With Governor Cuomo now celebrating the new budget and the state Legislature on vacation; and as we hit the 50th anniversary of the murder of Dr. Martin Luther King, Jr., we should all remind our elected officials that justice delayed is justice denied.