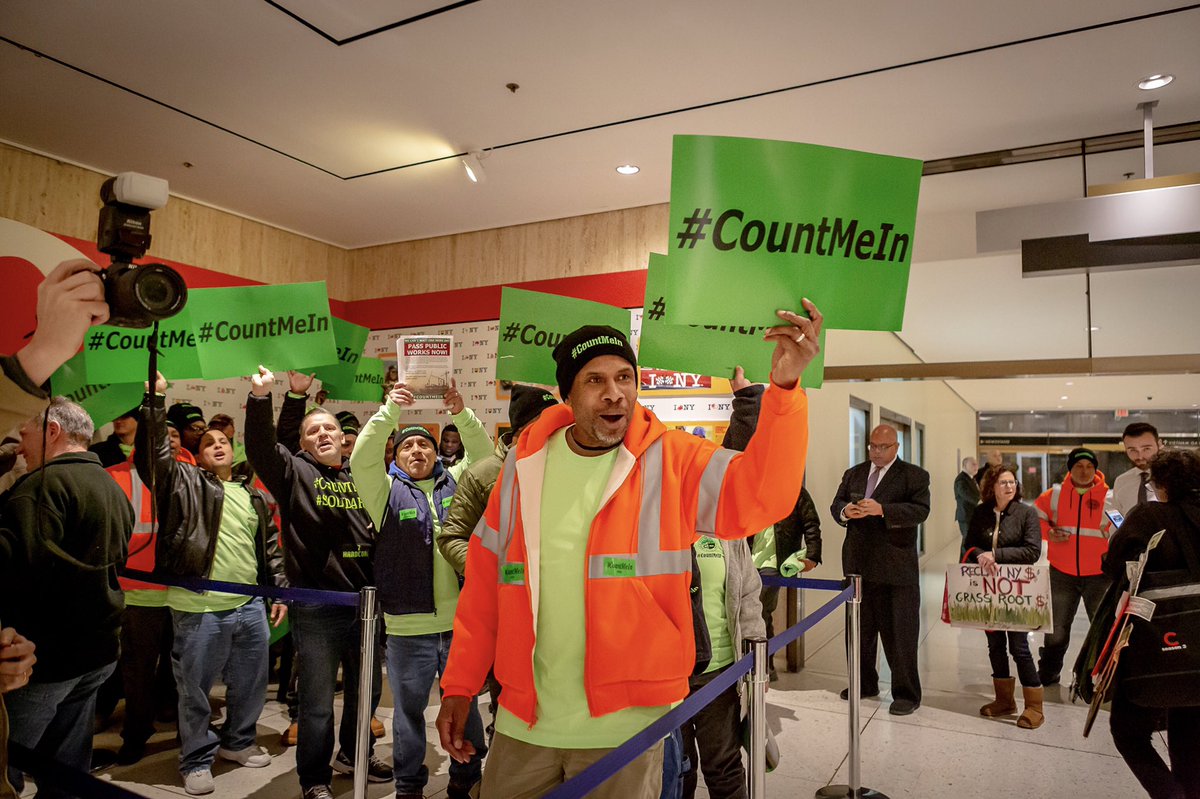 The labor movement is under attack. Over the past few years, assaults on unions and labor have escalated at a breakneck pace. From recent court cases like Janus v. AFSCME to right to work legislation creeping through state legislatures, one thing is clear: unions remain strong, but our resolve is being tested by increasingly relentless attacks from moneyed interests and a hostile political environment where the value of profit is placed over the value of working people.

We all know what happens when union and labor power are diminished -– a race to the bottom follows where working people lose out and a handful of wealthy individuals reap the rewards of everyone else’s hard work. That is not to say the pursuit of wealth should be discouraged – healthy entrepreneurship, innovation, and risk power the economic engine of New York, and those who drive their industry forward should be rewarded; however, the engine works best when all its pieces are working fairly and in concert.

There’s a reason New York is the most union dense state in the country, and that is because, as New Yorkers, we don’t settle for less, we champion the best. Unions are the backbone of this state and from the recent fight to codify construction safety to #CountMeIn, our movements have been at the forefront of pushing the country forward in the fight to build a solid middle-class for all.

Now, more than ever, New York City finds itself at a pivotal moment in labor history. With growing wealth inequality and in the face of a commercial and residential construction boom, will developers and power players stand up for our middle-class or will they settle for the lowest denominator, like open shop, in the name of cost-cutting?

As Governor Andrew Cuomo has mentioned, New York will continue moving forward by building new bridges, new airports, and other new infrastructure. This means jobs - lots and lots of middle-class jobs. Middle-class jobs aren’t created out of thin air -- they require cooperation between job creators and job seekers and the understanding that if an employee works hard and does their part they should be able to support a family without worrying about whether their next paycheck will be enough to scrape by or whether they will make it home safely.

Lawmakers need to spearhead legislation to ensure that residents are being paid higher wages, provided with adequate health benefits, and are placed in an environment with good working conditions -- tenets of union work. These are not revolutionary ideas, but axioms of New York’s history -- a history that some would like to see erased.

With a wave of development underway ranging from Hudson Yards, to Amazon HQ2, to residential booms in Brooklyn and the Bronx, local and state officials and developers must work together to protect unions, particularly as it relates to construction.

This means no open shop for Hudson Yards. This means work environments with high standards. Taxpayers are already footing the bill for massive projects like Hudson Yards, they expect something in return. How about some middle-class jobs? There should be no blank checks in the greatest city in the world. Open shop is broken shop and New Yorkers deserve better.

They know they deserve better and that’s why, over the past year, we’ve seen the enormous grassroots success of the #CountMeIn movement, which has brought together New Yorkers of different races, religions, and backgrounds united in a fight for their fair share. While much has been made of reports of a supposed decline of construction unions in New York City, such analyses do not take into consideration total market share. For example, growing claims of the rise of open shop do not paint the whole picture because they exclude commercial or institutional markets. When the dollar amount is analyzed, union construction accounts for 70 percent of New York City’s total construction -- a much higher proportion than non-union construction. The #CountMeIn movement is evidence that the revival of the labor movement starts here and it begins with construction unions.

Now is the time for lawmakers and developers to cultivate this grassroots energy and do what is right: listen to the voices of New York and reject open shop, promote worker-friendly legislation and show that yes, we can continue to build the greatest city in the world, and we can do it while creating middle-class jobs and preserving the economic future for the next generation.

New York’s metric for success is not just about jobs or numbers on a spreadsheet, it’s about dignity and quality of life for our workers. At this moment in history, this is a battle worth fighting, and if it is won, it will serve as a model for the rest of the country.

Let’s prove that New York cares about fairness and a strong middle class. The future of unions and the labor movement depends on it.

***
Gary LaBarbera is President of the Building and Construction Trades Council of Greater New York. On Twitter @NYCBldgTrades.