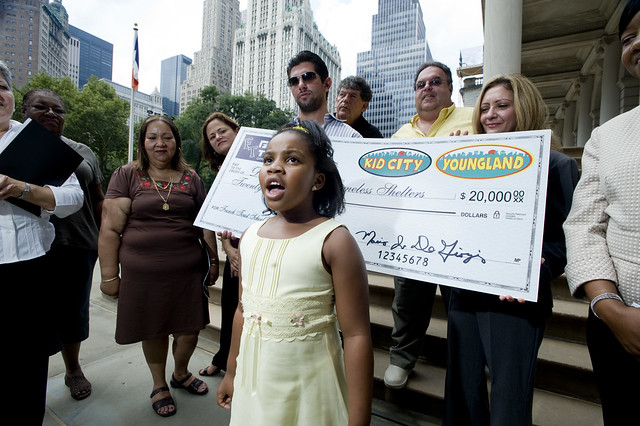 Senator and presidential candidate Kirsten Gillibrand wants to give all Americans $600 to donate to candidates for office. She believes this will level the campaign finance playing field and ween candidates from the corrupting influence of large donors and corporate PACs.

This is a well-meaning reform based on early success of the Democracy Voucher Program in Seattle, Washington, to diversify the pool of donors, yet it misses an important point. By restricting “Democracy Dollars” to eligible voters, one of our most important constituencies is again left out: young people.

According to the Pew Research Center, the pool of donors is as biased toward older voters as it is toward the wealthy and highly educated. A third of those over the age of 65 report giving a campaign donation compared to less than 10% of those 18-29 years old. In Seattle, older voters are much more likely to use a Democracy Voucher than younger voters, and minors are not even eligible.

Is it any wonder that New York City classrooms are crumbling and segregation continues to plague our schools? On issues that are most likely to affect young people in the future -- from quality schools to climate change to the ballooning federal debt -- lawmakers remain unable to find long-term solutions.

This is in part because the political voice of young people is muffled until they become eligible to vote at age 18, and after due to low voter turnout. As former Mayor Ed Koch famously quipped, “You don’t vote, you don’t count.”

Interestingly, federal law does not bar young people from making campaign contributions. In 2005, the U.S. Supreme Court found restrictions on campaign donations from minors unconstitutional. And Participatory Budgeting in New York City is already open to everyone over the age of 11.

This opens a window of opportunity for the city to continue to innovate in the area of equitable campaign finance. While the city’s existing Matching Funds Program does not match donations from minors, a new “Democracy Voucher Program for the Future” targeted at high school students could empower the leaders of the city in the decades to come.

Similar to Senator Gillibrand’s proposal, the approximately 400,000 students attending public and private New York City high schools would receive $5 vouchers that they could donate to eligible candidates for office. If students were each allotted two vouchers, this would generate a pool of up to $4 million.

This new program would potentially re-orient campaigns toward a newly powerful class of donors. Candidates would be compelled to articulate their views on the issues young people care about. Young people would be able to support candidates that speak to their issues and share a vision for the future of the city.

Yes, the image of candidates soliciting donations on the steps of a local high school is strange. But, is it any stranger than courting developers at swanky restaurants or city contractors at private parties?

If you believe in changing the corrupting influence of big money in politics and energizing those left out of politics, then you should support empowering the city’s young people.

***
Heath Brown is associate professor of public policy at City University of New York, John Jay College and CUNY Graduate Center, and the author of Pay to Play Politics. On Twitter @heathbrown.