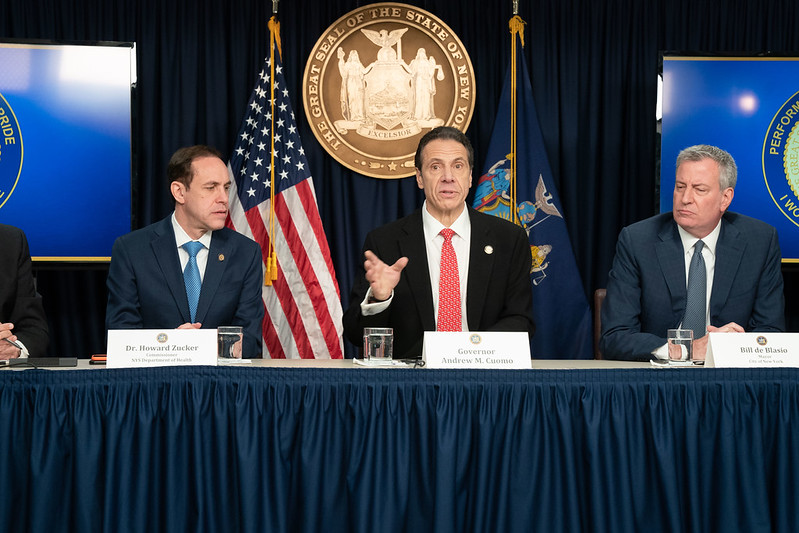 Turf battles between government executives occur all the time. But when it comes to a public health crisis like this pandemic, ultimate decision-making really matters, and lives are literally at stake.

In the early days of this COVID-19 crisis and since, Governor Andrew Cuomo and Mayor Bill de Blasio have at times clashed over the timing of business shutdown orders and school closings, so the question arises, "Who has the final say over when and how New York City reopens?"

Sorry, Mr. Mayor: It isn't you. Under well-established New York law, it's the Governor.

That is not to say that the Mayor is without authority to act in such an emergency. New York State Executive Law Section 24 provides that a local "chief executive may promulgate local emergency orders to protect life and property or to bring [an] emergency situation under control," and the New York City Charter itself incorporates that same language.

But the New York Court of Appeals has severely circumscribed municipal home rule, holding as recently as 2013 that the State's authority was paramount even over the City's local taxi medallion industry, reasoning that "the public health, safety and welfare of residents of the State of New York traveling to, from or within the City of New York" is "a matter of substantial State concern."

So if the Governor wants to overrule the Mayor in this situation, he clearly can do so.

Leaving no doubt about it, the State Legislature just two months ago amended New York State Executive Law 29-a to expand the Governor's power to respond to such an emergency. That statute now authorizes the Governor, "by executive order," to "temporarily suspend any state, local law, ordinance, or orders, rules or regulations, or parts thereof, of any agency, during a state disaster emergency, if compliance with such provisions would prevent, hinder, or delay action necessary to cope with the disaster or if necessary to assist or aid in coping with such disaster."

The State Legislature explained that it intended by this amendment to allow "the governor" to issue "any directive necessary to respond to a state disaster emergency." That statute further provides that the Governor "may issue any directive during a state of disaster emergency declared" in an "epidemic," now defined to include a "disease outbreak."

Thus, when Mayor de Blasio suggested in mid-March that he was considering a "shelter-in-place" order for New York City, Governor Cuomo sought to pre-empt the field by issuing an executive order that "no locality or political subdivision shall issue any local emergency order" regarding COVID-19 "without the approval of the State Department of Health."

As a result, it seems crystal clear that Governor Cuomo has the emergency authority to issue executive orders intended to address the COVID-19 pandemic, including overriding the requirements of existing laws and the directives of local officials like Mayor de Blasio for the duration of the crisis. And court decisions support that conclusion.

For example, just last month, a state court judge ruled that "it is within the Governor's power to suspend th[e] statutory right" to a preliminary hearing "during a state emergency disaster." And nearly 20 years ago, another state court judge found that Governor Pataki had the power to suspend the Speedy Trial Act in the immediate aftermath of the 9/11 attacks at the World Trade Center.

Of course, the State Legislature remains free to check the Governor by taking back the power it gave him. Indeed, it expressly provided in Executive Law 29-a that it "may terminate by concurrent resolution executive orders issued under [that statute] at any time." In reality, though, the State Legislature gave the Governor that power and even expanded it in the early days of this COVID-19 crisis, so that is not going to happen anytime soon.

In other words, within New York State, Governor Cuomo really does have the "total authority" that President Trump claimed over all 50 states to direct emergency response during this pandemic. And there's nothing Mayor de Blasio can do to cross him because the Governor can override any of the Mayor's moves to address this emergency disaster. So in this chess match between political heavyweights, it's checkmate for Cuomo.