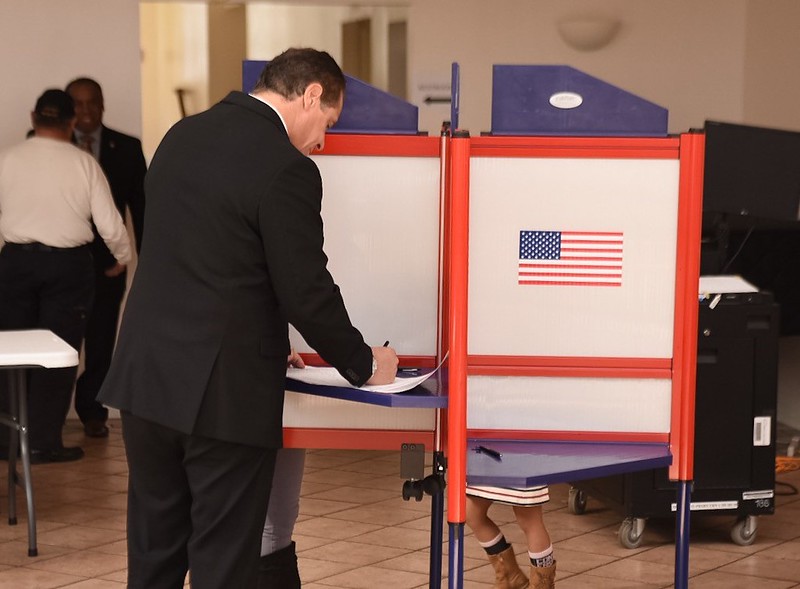 New York has made some adjustments to voting amid COVID-19 (photo: governor's office)

The COVID-19 pandemic has impacted nearly every aspect of our lives, including how we will vote this year. In times of crisis in a democracy, it is essential that we proceed with elections. At the same time, we can’t ask New Yorkers to put their health in jeopardy. Ensuring our elections run smoothly will require planning, resources, and flexibility.

With a large slate of primary elections fast-approaching in June and the general election in the fall not far off, New Yorkers must know about recent changes and be prepared to vote safely. This will require additional reforms in the weeks and months ahead.

On April 24, Governor Cuomo issued an order compelling Boards of Elections to mail an absentee ballot application to all eligible voters. This caused a lot of New Yorkers to scratch their heads. Wouldn’t it be easier (and cheaper) just to mail a ballot, rather than an application? Yes, but, the New York State constitution prohibits that from happening.

We encourage all New Yorkers to take advantage of expanded absentee voting for the June election. A coalition of civic groups and government offices is boosting these efforts with a public education campaign to raise awareness and explain the process so as many New Yorkers as possible vote by absentee ballot.

But we also need New Yorkers who know -- like everyone reading this column -- to become absentee ballot ambassadors by simply spreading the word among their networks. It takes two minutes to post to Facebook, send a tweet, or even email a small list of people to make sure they know their options.

In some areas, including New York City, you can apply for your absentee ballot online (click here to fill out your form). Voting absentee will not only minimize risk to public health, but also reduce stress on the Board of Elections, which will likely be operating with fewer poll workers.

Since declaring a state of emergency, Governor Cuomo has issued 12 executive orders related to elections. Right now, the governor’s executive orders explicitly apply only to the June elections. However it is not too early to start thinking about the general election in the fall. To carefully manage public health risk, we need to allow everyone who wants to vote by mail this fall to do so.

We also need to think about how to engage a new generation of voters. Presidential election years are typically when we see the highest spikes in voter registration, particularly among young people who are voting for the first time. Because of COVID-19, voter registration rates have dropped off precipitously.

One barrier is that currently only residents with a New York State ID can register to vote online. This excludes 700,000 New York City residents, including many younger potential voters. The only other option currently available to the unregistered is printing out a form and mailing it in, which excludes the many New Yorkers without printers.

We need to make it easier for new voters to register and vote. Luckily a solution already exists for New York City. The Campaign Finance Board (CFB) developed a system of online voter registration that does not require a photo ID. Unfortunately, it was superseded by state law that doesn’t go into effect until 2021. We do not have a year to wait.

There is a bill in the state Legislature that would allow the CFB’s website to go live and accept voter registration applications in New York City. That bill should be passed and signed into law immediately, given the circumstances we find ourselves in. If the Legislature cannot do it, we urge Governor Cuomo to act via Executive Order.

These are unique times, calling for creative and aggressive solutions, especially when it comes to protecting our democratic processes. We have just a few weeks to ensure strong participation in the June primaries. We have just five months to make sure we get this right for the general election in November that is expected to draw immense interest. A global pandemic will only weaken our democracy if we let it.