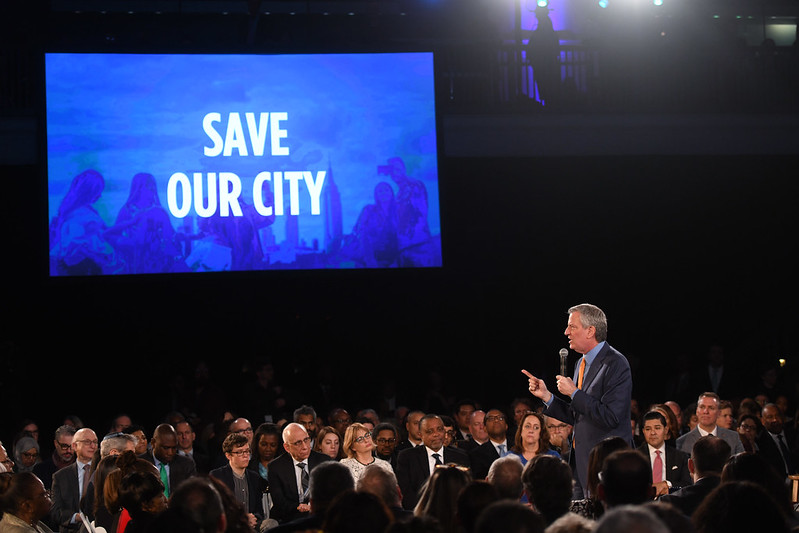 Mayor de Blasio at his 2020 State of the City (photo: Michael Appleton/Mayor's Office)

Mara Gay of the New York Times Editorial Board and Sally Goldenberg of Politico New York joined the show to discuss Mayor Bill de Blasio's legacy to this point, what to watch for in his final year as mayor, and key aspects of the developing race to replace him in the 2021 election, with the all-important June primary rapidly approaching.

Max & Murphy · Episode 266: Bill De Blasio's Last Year As Mayor And The Race To Replace Him