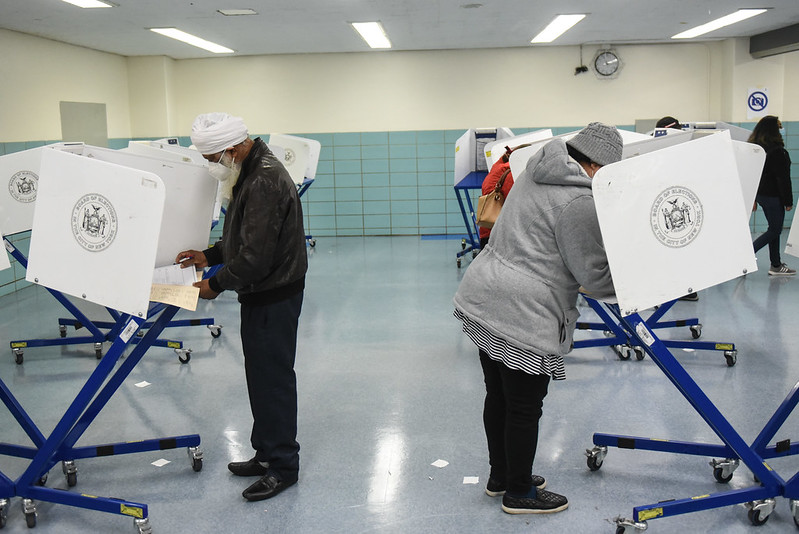 New York City’s first ranked-choice election is underway in Queens. The crowded and competitive special election to replace former City Council Member Rory Lancman, who resigned for a position in the Cuomo administration, saw early voting begin this past Saturday. It will run through January 31, followed by election day on February 2.

While it is the city’s first election using ranked-choice voting, which took effect this year after being approved by voters in 2019 and only applies to special and party primary elections for city government positions, it is the second in a wave of City Council special elections happening ahead of the city’s regularly-scheduled 2021 election cycle, which will see primaries in June and a fall general election culminating on November 2.

Previously, Bronx Council Member Andy King was expelled for repeated ethics violations and a special election to replace him was held in December. That District 12 election saw Kevin Riley emerged victorious with 68% of the vote, beating Pamela Hamilton-Johnson (24%) and Neville Mitchell (3.2%).

Along with Lancman, several other City Council members — Andrew Cohen, Ritchie Torres, and Donovan Richards — have left their posts for other government offices in recent weeks, necessitating three other special elections, together effectively kicking off the 2021 city election cycle.

However, Riley and whoever wins the early 2021 special elections will still have to run again in the June primary and fall general election to serve the next full term. In the interim, they will be able to exercise the powers that come with the job of City Council member, including decisions affecting land use, legislation, and the city budget, while providing constituent services, for at least the remainder of 2021. Because of redistricting from the 2020 Census, all candidates will run for two-year terms instead of four-year terms. Nevertheless, winners of these special elections could end up serving through 2029 until term limits would mandate their departure from office.

The ongoing Council District 24 special election in eastern Queens will be followed by one in Council District 31 in southeast Queens, the seat vacated by newly-elected Queens Borough President Donovan Richards. That special election will include early voting February 13-21 and election day on February 23. In Council District 15 in the central and south Bronx, Ritchie Torres who was elected to Congress, and in District 11 in the northwest Bronx, Andrew Cohen left his seat to become a judge — both districts will fill their vacancies via early voting March 13-21 and election day March 23.

These initial runs for ranked-choice voting will help provide insights into the new voting system’s strengths and weaknesses ahead of the June primaries. Ranked-choice voting in New York City -- again, only for special and primary elections -- allows voters to rank up to five candidates in order of preference. If no candidate receives more than 50% of first-place votes, the candidate with the least first-place votes is eliminated and the voters who chose that candidate as their top choice have their votes redistributed to their second choice candidate. The process of elimination continues, at some point one candidate hits over 50% and becomes the winner.

Special elections for New York City government positions are non-partisan, meaning there are no traditional political parties used and each candidate must create a new party name for their ballot line and collect eligible voter signatures to secure the ballot spot.

Below is a breakdown of the four ongoing and upcoming City Council special elections, including candidate information, important dates, and district data.

The seat became vacant after Andrew Cohen was elected to a judgeship and subsequently resigned.

The seat became vacant after Ritchie Torres was elected to Congress and subsequently resigned from the Council.

The seat became vacant in November when Rory Lancman stepped down for a position in Governor Cuomo’s administration.

The seat became vacant after Donovan Richards was elected Queens Borough President and subsequently stepped down.