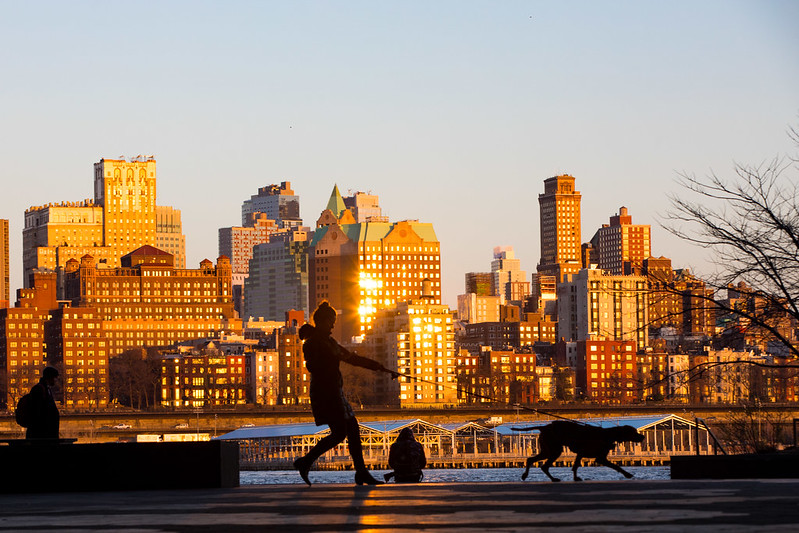 After getting "derailed" by the pandemic, Mayor Bill de Blasio is reviving one of his earliest and most delayed mayoral commitments: to reform an out-of-date and unequal property tax system. The city's Advisory Commission on Property Tax Reform will begin holding public hearings, originally scheduled for last March, on its preliminary recommendations and will produce a final report by the time de Blasio leaves office at the end of the year, he said Thursday morning.

The mayor made the announcement in testimony before the State Legislature at a hearing on the governor’s proposed state budget, two days after downplaying the possibility of more work being done on the issue in his final months in office.

The advisory commission was empanelled by de Blasio and City Council Speaker Corey Johnson in 2018 and billed as the fulfillment of de Blasio's 2014 promise to overhaul property taxes to make them more rational, equitable, and transparent. Its mandate was to comprehensively examine the problems that lead to widely variant effective tax rates across the city's properties -- disproportionately burdening owners of less valuable property and weakening the prospect of Black, Latino, and immigrant homeownership in New York City.

The mayor's promise was to create a roadmap for reform to push in City Hall and in Albany, where many of the arcane rules were crafted. But the commission was plagued by delays from its inception, and when it finally released its preliminary report last January, before the pandemic hit, there was only a tiny window to devise a final plan in time to advance it in Albany (another complicated endeavor) before de Blasio left office due to term limits.

At a press briefing Tuesday, de Blasio told reporters property tax reform was one of many "things that I'm very unhappy about that were derailed by covid." While he said he remained open to opportunities to advance it, he made no indication that next steps from his administration or the commission were imminent.

But when pressed on it at Thursday's budget hearing before the State Senate and Assembly fiscal committees, he told lawmakers the commission's work would begin again.

"We've talked about it internally, we've got to restart this engine. We're absolutely committed to a final report soon," he said in response to State Senator Andrew Gounardes, a Brooklyn Democrat, who asked whether the commission hearings would be rescheduled. He did not provide details for when the hearings would begin but said it would be soon and that the final report would come this year.

“We look forward to the Commission continuing its work in a safe and effective way,” wrote a spokesperson for Speaker Johnson in an email.

City Lawmakers, budget watchdogs, and reform advocates have been frustrated with the de Blasio administration's slow pace on a commitment that would impact virtually every New Yorker.

"We waited nearly two years just for the New York City Advisory Commission on Property Tax Reform to release a report that told us what we already knew: our property-tax system – which was last updated in 1981 when New York City was a very different place – is badly broken and unfair because it benefits the wealthiest 1% and crushes everyone else," said City Council Member Justin Brannan, a Democrat representing parts of southern Brooklyn overlapping with Gounardes, in an email to Gotham Gazette on Wednesday, when de Blasio’s commitment to reform appeared dead.

Brannan pointed out single-family homeowners in his district and other neighborhoods that have seen relatively slow market growth, especially in the Bronx and Staten Island, pay a much higher percentage of their properties' sales value in taxes than co-ops and condos and even similarly valued properties in other parts of the city. The reason is the complex scheme of property classification, assessment, and taxation, with built-in tax caps and phases that hold down the taxes of rapidly appreciating properties -- benefiting owners in gentrifying neighborhoods at the detriment of other areas. The system has become more convoluted over the years with a host of rebates, abatements, and exemptions intended to plug holes in the leaky system. The problems don't only affect homeowners; landlords often pass large tax burdens on to their renters.

Property taxes account for a third of all city revenue. In the current fiscal year, that amounts to roughly $30.7 billion. That stream is forecasted to shrink to $29.4 billion in fiscal year 2022 due to a rare drop in market values as a result of the pandemic.

With so many interests at stake, so many layers, and the potential to create big winners and losers, the lack of political will has long made reform a white whale in New York City and Albany.

"Enough with the goddamn reports! We know what to do. We need action!" Brannan wrote to Gotham Gazette Thursday after the mayor announced the advisory commission's resurrection. To help struggling homeowners, Brannan said he and Gounardes are working on legislation in Albany to freeze property taxes at last year's rates or lower them on properties that have depreciated.

Per the executive order that created it, the advisory commission's preliminary recommendations are meant to be revenue neutral, meaning they should do nothing to reduce the city's bottom line. "The Mayor has to know we aren’t dealing with a giveaway and if he was smart about it, this could be a way to tax his wealthy Park Slope neighbors who pay vastly different rates from average joe’s,” said Council Member Joe Borelli, a Staten Island Republican, in an email Thursday.

While many of the frequently-discussed changes need to be made at the state level, some the city can do independently.

Martha Stark, a Department of Finance commissioner under Mayor Michael Bloomberg and policy director of the advocacy group Tax Equity Now New York, slammed the delays and offered suggestions for steps the city could take immediately.

"Blaming his inaction on the pandemic shows the Mayor's lack of leadership, courage, and commitment to doing what he could to make NYC's property tax less of a tale of two cities," Stark told Gotham Gazette in an email Wednesday, ahead of the budget hearing announcement. "He had six years to make the property tax system fairer for those who were also hardest hit by the pandemic: Black and Brown people, the working class, small businesses, and renters."

Stark, whose group is suing the city and state to change the property tax system, says the city could lower what's known as the "assessment ratio" -- the ratio of a property's assessed value to its market value -- which would effectively redistribute taxes from large swaths of the Bronx and Staten Island, and parts of Brooklyn and Queens, to more gentrified areas where property values have increased significantly in the last two decades. (Stark made a similar move in the late aughts when she headed up the Department of Finance.)

"Most importantly, he could drop his opposition to the lawsuit that could have set the City on a path towards developing a property tax system that is legal, fair, and not discriminatory," she told Gotham Gazette. Tax Equity Now's lawsuit was dismissed last by the state's appellate division in early 2020 and the group plans to file an appeal in the Court of Appeals.

Even without advocacy in Albany or action at the city-level, de Blasio has called the advisory commission and its promised report "historic," being the most significant foothold for comprehensive reform in decades. Yet, New York City was in an almost identical position under de Blasio's predecessor and mentor, Mayor David Dinkins.

In the early 1990s, Dinkins also created a commission to look at property taxes, which issued a report during his final days in office. But after losing his reelection bid, any proposed reforms met their demise when Rudy Giuliani took the reins as mayor in 1994.

"This is so hard to get done, so it needs momentum," Andrew Rein, president of the Citizens Budget Commission, said in a phone interview Wednesday. "One of the challenges is obviously that administrations only last so long. It needs momentum, whether the mayor can get it done in the current year, which is certainly a challenge, or at least build that support for the next mayor."

For Rein, property tax reform is paramount to encourage rental housing development and broader economic growth, which he says is right now impeded by opaque and uneven taxation.

"There is no question that this is a top Albany agenda if we are going to launch out of this recession into the next recovery," he said.