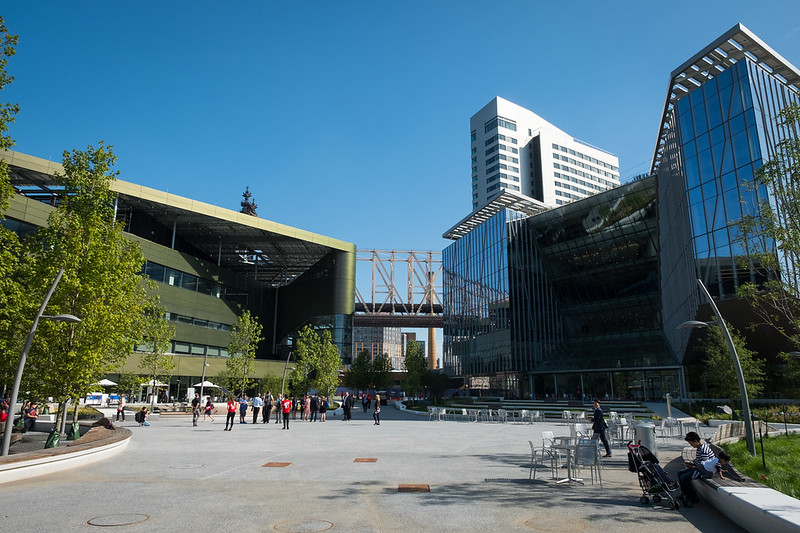 With New York City’s political landscape on the verge of drastic change, urban technology experts at Cornell Tech, the graduate school based on Roosevelt Island, are looking to make sure that the new class of city officials elected this year will embrace technology-based solutions to the city’s longstanding challenges.

Cornell Tech’s Urban Tech Hub, which is part of the Jacobs Technion-Cornell Institute and conducts applied research, helps create startups, and offers a dual master’s degree, is in the beginning phase of producing an Urban Tech Agenda for NYC, a report that will suggest how the city can more effectively procure and use technology to solve problems from social service delivery to trash pick-up to traffic management.

“We have a real financial crisis. We have an equity crisis and racial divisions,” said Michael Samuelian, director of the Urban Tech Hub, in a Zoom interview describing the effort. “How can technology really be focused on people and not on tech for tech sake.”

Samuelian, an urban planner and architect by training, is leading the Hub’s effort with his colleague Rohit Aggarwala to provide a raft of ideas for the city’s elected officials, nonprofits, advocacy groups, and general public to help fix how the city delivers services to its people. The report will be “representative of how we view the hub, as both top-down and bottom-up,” Samuelian said. “We're not just ivory tower by any means. We're not just going to issue something, post it on a website, and then go lecture the world on it. That's not our model of what we see as the new academic world. It really is iterative and really about public engagement in a deep way.”

Some of the main issues that Samuelian said the report would address are broadband access, digital privacy, how the city and its agencies use technology, and integrating technology into urban systems like waste management, for instance.

A preliminary report produced by the Hub is expected to be published in April, in time to be a topic of debate and consideration ahead of the June primary elections, at which point the next mayor is expected to be chosen given the city’s overwhelming Democratic voter enrollment. The Hub will be looking for mayoral candidates to adopt the platform, or at least its spirit and pieces of it.

But the report is not just intended for mayoral candidates — the entire roster of city government is on the ballot this year, from mayor through the City Council. Aggarwala, senior fellow at the Cornell Tech Urban Tech Hub, said the Hub’s project aims to “fill what I think is a gap in the civic conversation here around how broadly New York City should make use of technology.”

After the preliminary report is released, the Hub will solicit feedback from a broad range of stakeholders – candidates, elected officials, advocates, community organizations and more – before publishing its final report some time in the summer.

While city agencies and local organizations address technology issues within their purview – for instance, transit groups talking about technology like automated traffic enforcement cameras to make streets safer and groups like BetaNYC and Civic Hall that consistently push for better use of technology and data by city government – Aggarwala said, “Nobody's really put together a comprehensive vision for how technology could be used by city government to make New York City better.”

Mayor de Blasio and his predecessor, Michael Bloomberg, did take steps to improve the city’s utilization of technology, by creating technology-focused positions at City Hall and hiring technology advisors. But, as some have pointed out, those efforts have at times been duplicative and without a centralized vision. For instance, the city has a Chief Technology Officer within the mayor’s office as well as a Department of Information Technology and Telecommunications, and they do not always appear to be working in concert.

It’s not just the next mayor who will decide the city’s approach to and use of technology. As Aggarwala pointed out, “The City Council is going to be really important to this in terms of shaping privacy policy. And even the borough presidents have a big role to play in the way community boards make use of technology. And the comptroller will probably play a significant role because as with all things, but even more acutely with technology, procurement is a major issue.”

The hub doesn’t plan to pitch pie-in-the-sky ideas. “We're not going to be proposing stuff that isn't available, because the city isn't in the business of inventing new technology,” Aggarwala said. Having previously served as director of long-term planning and sustainability under Mayor Michael Bloomberg and as a founding member of Sidewalk Labs, Aggarwala has experience with city government and planning for the future. If you accomplish a lot in a relatively short amount of time, he said, the work will “continue on and people will build on it. But if you spend all your time doing long-term visioning, it's more likely to die on the vine than it is actually to have any impact.”

Samuelian and Aggarwala are hoping that the elected officials that lead the city in the coming years won’t shy away from technology. “It's really about building a constituency which believes that technology can be a solution because I do feel like in the city, we've had a tremendous tech backlash,” Samuelian said. He cited the rejection of Amazon’s bid to build a new campus in New York City as an example, and the broad pushback against the NYPD’s use of technology. “And it's because very few people are willing to be an advocate for responsible technology, which takes people into consideration more so than industry.”