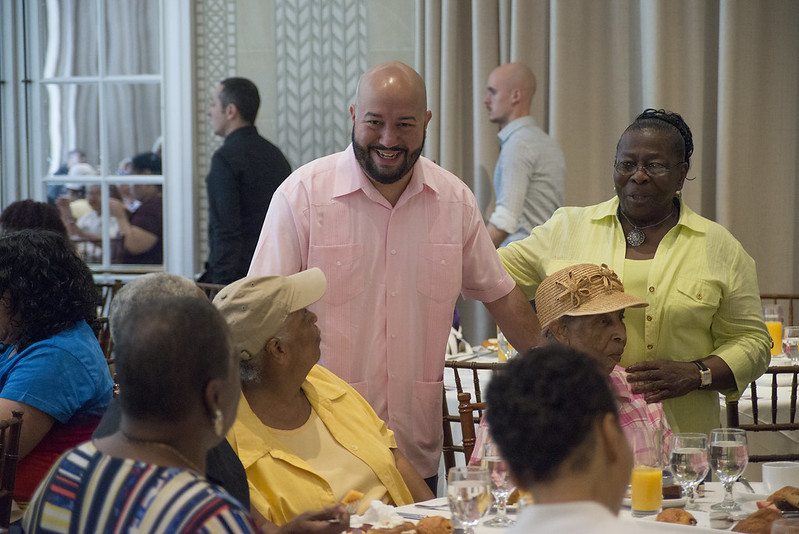 Eli Valentin is a professor, political analyst, and writer who has experience as a political consultant and working in city and state government in New York. He writes regular columns for Gotham Gazette, largely focused on Latino politics in New York City. Those columns include a series, Latino Vote '21, about the Latino vote in the consequential 2021 New York City elections that are happening this year, with the primaries in June and the fall general election thereafter, whereby all of city government is on the ballot and New Yorkers are electing a new Mayor, along with many new City Council members, and many other office-holders.

The Latino vote could be roughly 20% of the Democratic primary electorate citywide in the June vote.

In conjunction with those columns, Valentin is working with Gotham Gazette on a pop-up podcast of the same name, Latino Vote '21, to offer wide-ranging and thematic discussions of key issues related to the top of Latino voters in New York City. The Latino Vote '21 podcast can be found as a special series under the "Max & Murphy" podcast stream wherever you get your podcasts, or simply find episodes embedded in Gotham Gazette articles like this one. The first episode - available here - was a discussion between Valentin and Gotham Gazette editor Ben Max about the big picture of the Latino vote in New York City, some important history, Latino endorsements in this year's mayoral race, and more.

In this second episode of the podcast, listen to Valentin and City Council Member Rafael Salamanca of the Bronx discuss the importance of the Latino vote in the 2021 elections, particularly in the Bronx, which is home to the most Latinos of any borough in the city, and more: