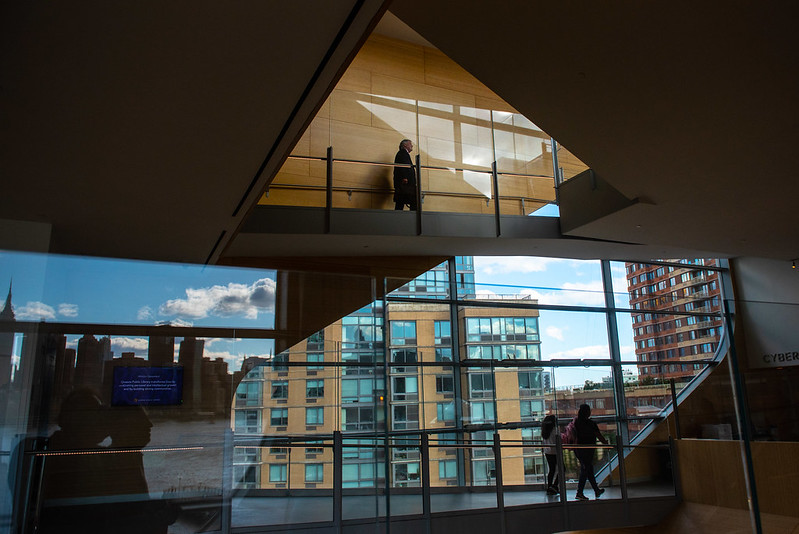 The report comes as the city is not only recovering from the devastation of the COVID-19 pandemic but selecting the next class of city government through the ongoing election cycle that will seat a new mayor, City Council, and other office-holders in January. It offers up a set of plans that promises, ambitiously, to bring back 500,000 jobs lost during the pandemic that have yet to return, bolster small businesses, and provide meaningful aid for a revival of the arts, among other goals.

“New Yorkers are full of bold ideas,” the report says. “Now is the time to turn these ideas into action.” The Center for an Urban Future sourced the varied ideas from business, labor, education, community, and other leaders, arguing that a diverse mix of authors makes for a true reflection of the city’s strengths and possibilities.

All told, it’s a “sweeping vision” for the city’s economic rebuilding that is “urgent, practical, and hopeful,” the report says. It’s detail and broad scope are meant to offer up to the next class of city leadership a policy agenda rooted in the will, creativity, and thoughtfulness of the people.

The ideas were compiled from a series of interviews, emails, and meetings conducted by Center for an Urban Future between March and May of this year. Each proposal was submitted in response to one of three prompts -- how to spark immediate economic recovery, how best to address structural challenges that have resulted from or been worsened by the pandemic, and how to reconstruct an economy that is more equitable in the long-term. The report attributes each suggestion to its original source and urges the ideas to be viewed as completely unto themselves and their author, not as policies endorsed by other study participants or by CUF itself.

The hundreds of proposals are divided up into a set of ten core principles: sparking NYC’s economic comeback; strengthening NYC’s small businesses; helping New Yorkers of color boost incomes and build wealth; making skills-building the centerpiece of an equitable recovery; reimagining streets and public spaces and re-investing in vital urban infrastructure; boosting the hard-hit arts sector to bring back the city’s magnetism and vitality; building a stronger and more inclusive economy for the long-run; prioritizing hard-hit workers and communities; and shoring up the building blocks of NYC’s economic success.

Under the first principle -- sparking an economic comeback -- the report lists a total of 36 ideas. The proposals span climate resiliency, job creation, tourism campaigns, and even the revitalization of public housing. Among them, Sally Tallant, President and Executive Director of the Queens Museum, suggests filling vacant office spaces with artists-in-residence; while Jeff Zucker, the President of CNN, suggests attempting to attract film and television production from Georgia and other states by creating new incentives.

On strengthening the city’s small businesses, the report outlines proposals heavily focused on themes of increased access to capital and financial services, as well as advancement into the tech sector and repurposing of city space. There are plans to create a relief grants program for street vendors; to help restaurants gain access to Department of Education and senior center food procurement contracts; to allow businesses to temporarily operate in city parks; and to use the tech-savvy student bodies on CUNY campuses to help small businesses get online.

On helping New Yorkers of color boost income and wealth, the report lists plans for the issuance of “baby bonds”; increased capital funding for minority- and women-owned construction firms; expansion of freelancer hubs; aid for New Yorkers of color starting businesses in the burgeoning marijuana industry; extension of government benefits and voting rights to immigrant communities; and more. Nathaniel Fields, the CEO of the Urban Resource Institute, proposed a wage hike for the non-profit and human services workforce.

For the “embrace” of public health to ensure a healthier New York with a better economy, the report includes proposals from contributors to make the city a “global capital” of public health, and the city best prepared for the next pandemic. More specifically there are plans to transform the city’s covid test and trace corps to a public health workforce and to expand the Mayor’s Office of Resiliency mandate to include public health threats.

On making skills-building the focal point of an equitable economic recovery, Reshma Saujani, the founder of Girls Who Code, proposed launching a major workforce training initiative centered around women and the care economy. This section of the report also lists plans to boost funding for adult education; provide free community college; create a talent-matching program within the biotech industry; closing the digital divide through community help desks; and targeting workforce development programs for domestic violence survivors and homeless individuals.

As part of the goal to “Reimagine streets and public spaces and re-invest in vital urban infrastructure,” the report touts a plan from Sheena Wright, the President and CEO of United Way of NYC, to prioritize affordable home-ownership above rental housing, as well as plans from other contributors to launch a WPA-style program to create jobs and upgrade city infrastructure; improve the commutes of essential workers by subsidizing micromobility e-vehicle purchases; and to extend the Hudson Bergen Light Rail to Staten Island; among others.

On revitalizing the arts and bringing back the city’s “magnetism,” the report offers a Teaching Artists Jobs Corps; free rehearsal spaces in schools; creating grant-matched Individual Development Accounts for artists; ensuring that city funding for the arts goes to organizations that pay a livable wage; and more.

The platform reaches a more broad point with the eighth tenet -- building a stronger and more inclusive economy for the long-run. Here the proposals look to the future by diversifying the economy with plans to support the manufacturing of PPE and sterilization products and to grow the city’s presence in the adult entertainment industry and in the green economy.

In prioritizing hard-hit workers and communities the report includes plans by contributors to boost the impact of local nonprofits by prioritizing paying them on time; to create a new office aimed at targeting K-12 students who were disconnected from school during the pandemic; to close the digital divide through broadband expansion and digital literacy programs; to expand ethnic studies programming in schools; and to ensure that there are stable and well-trained security officers in homeless shelters.

Finally, the report finishes with a relatively short section on shoring up the building blocks of New York City’s economic success. Plans in this section fall largely under the themes of a clean and safe city -- with proposals to prioritize quality of life investments; put money into street cleaning; and bringing together community leaders and the NYPD for conversations on public safety.

There is much more in the 250 proposals included in the Center for an Urban Future report. The publication, in its entirety, attempts to offer a roadmap to a post-pandemic city that draws upon what CUF calls “an unwavering belief in the power of New Yorkers to tackle big challenges together.”