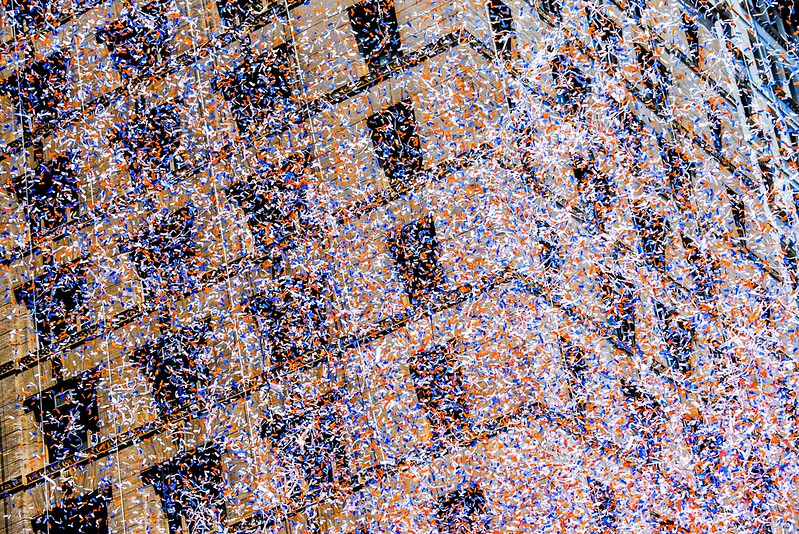 Spending on this year’s mayoral election has already surpassed the $100 million mark, according to the latest campaign finance reports that were filed on Friday. Those filings show fundraising and expenditures by the Democratic and Republican candidates for mayor, including the top eight Democratic mayoral candidates who made the televised debates, as well as independent expenditure groups, also known as political action committees (PACs), which spent for or against candidates.

The top eight Democratic mayoral candidates spent $68.9 million altogether through July 11, including about $38.5 million in public funds that they received through the Campaign Finance Board as part of the city’s matching funds program that is meant to incentivize small-dollar fundraising. Independent expenditure committees, PACs and Super PACs that cannot legally coordinate with candidate campaigns, spent another $38.9 million through the same period, including $31.4 million on the Democratic mayoral primary. The next campaign finance filings are due August 27, reflecting fundraising and spending between July 12 and August 23.

Of the eight Democrats, the campaign of former Citigroup executive Ray McGuire topped the chart, spending $11.7 million on the race, including a $2 million loan that he has yet to be repaid and a $1 million gift from McGuire himself. He was the only major candidate to not participate in the public funds program, allowing him to raise higher individual donations but not affording him any matching funds. An outside group, New York for Ray, spent $5.75 million to support McGuire’s campaign but he nonetheless came in at seventh place. Top donors to the PAC include oil magnate John Hess, Broadway producer Daryl Roth, and hedge fund manager Bill Ackman, among others.

The winner of the Democratic primary, Brooklyn Borough President Eric Adams, was second in campaign spending, with more $11.2 million through July 11. Adams met the spending cap of $10.9 million for the primary with the rest of the spending going towards the general election, which has a spending limit of $7.3 million (the primary spending limit was raised in response to McGuire’s fundraising and expenditure). Adams had roughly $1.7 million remaining as of the mid-July filing, but as the Democratic nominee his fundraising is ongoing and likely to be robust.

Additionally, Adams benefitted from $7.7 million in outside spending, the most of any of the candidates. One outside group, Strong Leadership NYC, accounted for $6.3 million of those independent expenditures. The group’s top donors were hedge fund managers Steve Cohen, Daniel Loeb, and Kenneth Griffin.

Entrepreneur Andrew Yang, who ended up in fourth place, saw his campaign spend nearly $10.3 million and he received another $3.8 million in outside support. Most of that independent expenditure came from Comeback PAC, created by political operative Lis Smith, who was previously senior advisor to Pete Buttigieg’s presidential campaign. The same hedge fund managers who backed Adams – Cohen, Loeb and Griffin – also donated to Smith’s PAC.

Close behind was Comptroller Scott Stringer, whose campaign spent just under $10 million on his race only to end up in fifth place. Outside groups spent more than $4.75 million to support his campaign, of which $3.75 million was spent by a PAC associated with the United Federation of Teachers, the teachers union.

Former counsel to the mayor Maya Wiley, who finished in third in the primary, listed more than $8.4 million in expenditures on the race through July 11, though that includes more than $995,000 in outstanding payments. Her campaign had a negative balance of $843,000 as of the filing, though she is expecting another public funds payment by August 5 to resolve any liabilities. She received about $2.2 million in outside support, largely supported by 1199 SEIU, the healthcare workers union.

The campaign of former sanitation commissioner Kathryn Garcia, who just narrowly lost the race to Adams, spent $8.3 million on the race and got just $235,000 worth of outside support. Meaning when campaign and outside spending is combined, Adams saw about $10 million more in spending support during the primary than Garcia.

Shaun Donovan, the former federal housing secretary, saw his campaign spend about $4.8 million through July 11. But there was nearly $6.5 million in outside support for his campaign from New Start NYC, a committee funded almost entirely by Donovan’s father.

Former nonprofit executive Dianne Morales’ campaign spent $4.2 million on the race and got just $10,000 in outside support.

In the Republican primary, radio host and Guardian Angels founder Curtis Sliwa spent only $529,000 to win the race. His opponent, Fernando Mateo, spent nearly $2.5 million, which included a late influx of public matching funds (Sliwa did not qualify for public funds). There were no independent expenditures in that race.

Sliwa, Adams, and other candidates on the ballot will now compete in the general election set to be decided this fall.