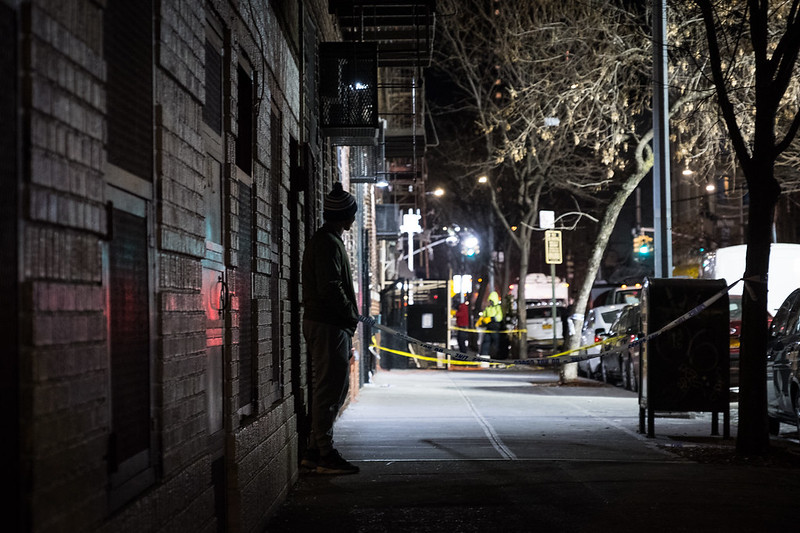 With women poised to take a majority of seats in the New York City Council for the first time come January, new ways of addressing public safety could be on the way.

Jennifer Gutierrez, who won the Democratic primary by a wide margin in the 34th City Council District and is likely to win the general election easily, is among those expected to be part of that new Council majority. Gutierrez, who has worked in the office of term-limited Council Member Antonio Reynoso, the likely next Brooklyn Borough President, says her perspective on public safety is informed by her experience as a woman and includes issues often overlooked by men.

“We talk about public safety from the perspective of police abuse, and I think that that’s valid, but I think as a woman, our understanding of public safety is entirely different,” Gutierrez said in a phone interview. “It is an everyday thing for us, it is as soon as you leave your apartment,” she explained, referring to feeling unsafe in such situations as “when you’re walking out of the subway and you’re the only one on the platform.”

Street harassment has been a long-standing issue, especially for women as well as LGBTQ New Yorkers, and is too often seen as an unavoidable fixture of city life. Walking in the streets and taking public transportation as a woman in the city means paying constant attention to who you walk by, who you sit next to, and who you make eye contact with, a way of life that has even inspired how-to videos and articles for newcomers in the city.

Although studies on street harassment have rarely been funded, the few, outdated ones show its prevalence for women living in New York City. In a 2007 survey conducted by the Manhattan Borough President’s office, 63% of all New York subway riders surveyed said they had been sexually harassed on the subway, and only 4% reported the incident to the NYPD or MTA. As a result of this rampant harassment, women are forced to change their behavior: 47% of women surveyed reported constantly assessing their surroundings, according to a 2014 study commissioned for data analytic group GfK by Stop Street Harassment, and 85.6% of women said they changed their transportation route due to harassment, according to a 2015 Cornell survey.

Inaction has largely been the City Council’s approach to the issue since a 2010 hearing where several organizations, including Hollaback!, a nonprofit combating harassment in public spaces, recommended the Council take action to stop street harassment. Recommendations included conducting a citywide survey to gather data on the effects and scope of street harassment in the city and investing in educational efforts like public awareness campaigns, curricula designed to teach students about street harassment (as well as consent, respect, gender issues, and healthy relationships), and bystander intervention training. Although action was promised at the time by members of the Council’s Committee on Women’s Issues, nothing advanced aside from funding for Hollaback!’s app for education on street harassment and reporting harassment to Hollaback! and City Council.

Nevertheless, the issue persisted, and in 2014, a viral video now viewed more than 50 million times that documented a woman’s 10-hour walk through New York City as she faced 100+ catcalls put street harassment back in the spotlight.

Emily May, co-founder and executive director of Hollaback! which was involved in the video’s production, told The Washington Post that the video was proof “You can’t even make it down the street to go to school or go to work without a barrage of comments about you and your body made as you walk down the street.”

Last year, at the height of the pandemic, the issue reached new levels when over the course of six months 11 women were assaulted exiting the Morgan Avenue L train station in East Williamsburg. Bianca Fortis, the fourth woman attacked, expressed discontent with the lack of action taken by the city. “It feels like negligence,” she told the New York Times. Another woman who was attacked said she gave up on reporting the assault after police failed to respond to her 911 call.

For Gutierrez, who doesn’t live far from the stop, “It was scary as shit,” she told Gotham Gazette. “I want to be very honest. I was like ‘mom, do not take the train.’ I was very nervous and it sucks.” After talking to more women about their experiences, Gutierrez concluded that “women have never been a priority in the conversation about public safety. It’s white women, it’s Black women, it’s Latinas, it’s trans women — it's all women.”

“The more and more I talk to women,” Gutierrez said looking ahead to her likely inauguration as a City Council member, “I realize that we need a women's public safety plan and that’s something I would love to spearhead.” She added, “women’s safety is public safety. When women feel safe, the community at-large feels safe.”

While increased police presence has traditionally been the answer to street harassment from city officials like Mayor Bill de Blasio, it's not the answer for Gutierrez, who points to its apparent lack of effectiveness: despite New York law effectively outlawing all forms of street harassment and the city’s massive police force, the laws remain largely unenforced. Gutierrez is among those who are calling to defund the police department by $1 billion to re-invest in social infrastructure. She says a women’s public safety agenda “could mean increased lighting, it could mean better pathways, it could mean so many things and I think the solution is in our community and it’s in our community of women.”

Gutierrez envisions a community-based safety plan supported financially and legislatively by the City Council. She explained that she hopes to bring together community groups that employ and serve women “to build the plan out in communities so that we can understand what we need to do, where the issues are, where the problematic areas are, and then as a Council member, fund those initiatives as best we can.”

Bringing women from all backgrounds to the table is paramount, Gutierrez said. She hopes working and connecting with women in groups that have large female membership like Workers Justice Project, a group fighting to improve conditions for low-wage, immigrant workers, will elevate women’s voices across her district and beyond. She listed Girls for Gender Equity, a Brooklyn-based group supporting cisgender and transgender women’s safety and equality, as another potential partner.

At the City Council, Gutierrez is hopeful that she will find support among her female colleagues for initiatives like increased lighting, more transportation alternatives, bystander training, improved harassment reporting, and partnership with businesses -- particularly in locations like Morgan Avenue in Brooklyn, where many assaults took place last year.

Gutierrez said she hopes to collaborate with other women who could be elected in Brooklyn, including Sandy Nurse in the 37th Council District, Shahana Hanif in the 39th District, and Crystal Hudson in the 35th District. Women, women of color, and trans women need to lead the way, Gutierrez said.

The Council’s female majority and whomever the next Council speaker is will be working with a new mayor, likely Brooklyn Borough President Eric Adams, a former NYPD captain who won the Democratic primary to replace term-limited Mayor Bill de Blasio. De Blasio’s administration has done little to nothing to address street harassment. It claimed to add 150 NYPD officers to address harassment on the street and on public transportation, though it is unclear whether this ever happened and if so to what effect. Inquiries to the police department and mayor’s office were not returned.

To fight street crime more generally, de Blasio added 358 new lighting fixtures to NYCHA’s Stapleton Houses on Staten Island and 504 new lights in Brooklyn’s Boulevard Houses as a part of his Action Plan for Neighborhood Safety (MAP) initiative. Increased lighting has shown significant positive impacts in nighttime crime reduction, according to a study by University of Chicago’s Crime Lab in partnership with the de Blasio administration.

Key decisions around lighting and other crime-fighting strategies will soon be up to the next City Council and mayor. Adams, who has been running largely focused on reducing crime, especially gun violence, while also moving ahead on police reform, has outlined an extensive public safety platform. But, Adams’ platform doesn’t specifically address women’s safety or street harassment, an issue Sonia Ossorio, president of womens’ group NOW-NY wrote about in a Gotham Gazette op-ed column.

Ossorio lamented the fact that even with crime and public safety at the center of the mayoral debate, no one in the Democratic primary was able to answer the question: “what will you do to root out sexual assault and street harassment as part of rebuilding New York and creating a world class city?”

Gutierrez sees hope that she and a majority-women City Council will have an answer starting next year.