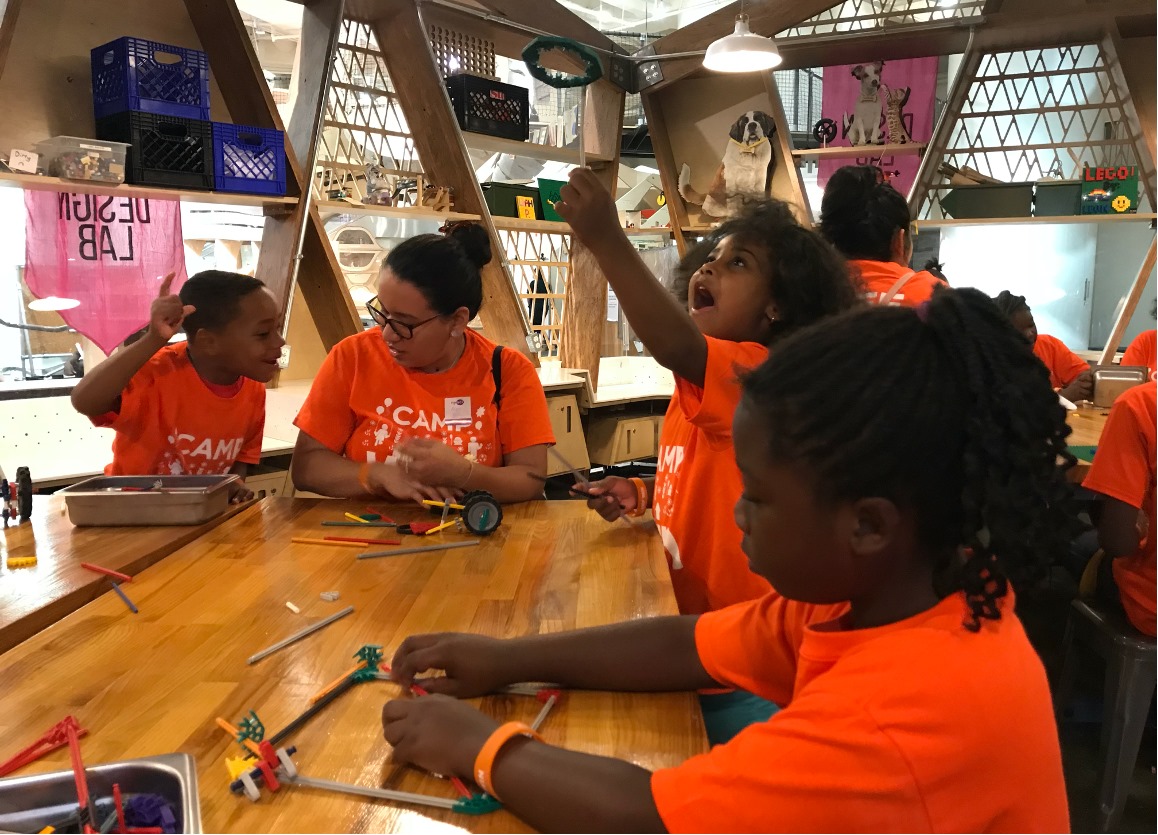 New York City's nonprofit human services workforce – a sector of 200,000 social workers, case managers, and counselors serving the city's most vulnerable residents – is, itself, in need.

According to a new report from Win (formerly Women In Need), the city's largest shelter provider for families and children, pay among social service workers – a majority of whom are supported by city contracts – lags behind their counterparts in municipal jobs and more often fails to cover basic needs. Fifteen percent of human services workers qualified for SNAP benefits, or food stamps, compared to 12% percent of the private sector overall and 9% of government employees, according to the Win brief, which cites a recent report from the Human Services Council (HSC).

Nonprofit human services workers make 71 cents per dollar earned by government employees in similar positions, the brief and HSC analysis state, which they blame in part on inadequate government funding.

"The city is by law required to house the homeless and those who do that work everyday are also homeless," said Christine Quinn, executive director of Win and the former City Council speaker, in an interview with Gotham Gazette. "The very same people who work on those [city] contracts are also receiving those services and living in shelters."

The disparity in pay reflects and perpetuates racial and gender inequities. Women of color make up 46% of the human services workforce compared to 26% of the private sector, according to the report. With average income at slightly over $34,000 a year in 2019, wages for social service workers cover less than half the cost of basic needs for a family of four, the report states, citing another HSC analysis from 2017.

"Keeping these wages where they are traps women of color in the cycle of poverty," Quinn said. "It's a true value-statement about an administration."

"The City values our human service providers and added $24 million to the budget this year that may be used for staff costs," said a City Hall spokesperson in a statement. "The City has also made a $94 million annual investment to fully fund indirect cost rates to provide increased financial stability for ​hundreds of nonprofit human service providers."

The sector provides everything from shelter to domestic violence and substance abuse counseling, and its workers are a lifeline for the elderly, disabled, and homeless New Yorkers and immigrant communities. Many were considered "essential" throughout the pandemic.

The Win report argues that low wages lead to high turnover, which harms client relationships and diminishes the quality of services. In an HSC survey of 65 nonprofit providers, close to a third reported frontline staff vacancy rates above 15%, with 8 out of 10 saying low pay was an obstacle to hiring.

"The cycle of recruiting and losing talent places a tremendous strain on nonprofits, which operate on shoestring administrative budgets," the report states. "It is also felt by clients, who lose workers with experience and with whom they’ve built relationships."

While some organizations, like Win, are large enough to raise private money to supplement city contracts, smaller providers do not always have the resources to reach potential donors. "They live exclusively off of their contracts," Quinn said, noting, "the contracts do not pay for the soup to nuts services -- staffing, electricity, et cetera -- of a shelter."

Win is calling on the city to increase funding for nonprofit social service organizations to raise base salaries in line with their counterparts in government and to keep up with cost of living increases. In the current fiscal year 2022 budget, enacted in July, the city allocated an additional one-time tranche of $24 million to the sector -- just half of the $48 million providers have advocated for to cover a 3% cost-of-living increase, according to the report. For homeless services providers, in particular, that means raising a cap on fringe benefits in addition to funding for salaries, the report states.

Quinn said more professional development opportunities would incentivize staff to stay and could have an impact on racial and gender inequality. "Considering the human services workforce is disproportionately comprised of women of color, offering educational supports can provide opportunities for career advancement and pay equity within the sector," she said.

In June, Mayor Bill de Blasio announced a $2 million scholarship program for human services workers to receive a CUNY degree or social work license. The funding would go to roughly 50 individuals seeking master's degrees and 70 seeking associate or bachelor's degrees. Another 300 would be enrolled in an Licensed Master Social Worker test prep course. Applicants must be employed at an eligible provider and have previous college credits to qualify.

While calling the scholarship a "useful starting point," Win wants to see the number of slots increased and the eligibility criteria expanded. With a new mayor coming into office next year -- likely Brooklyn Borough President Eric Adams, the Democratic nominee in the predominantly Democratic city -- "it's an important time to be having these conversations," Quinn said.