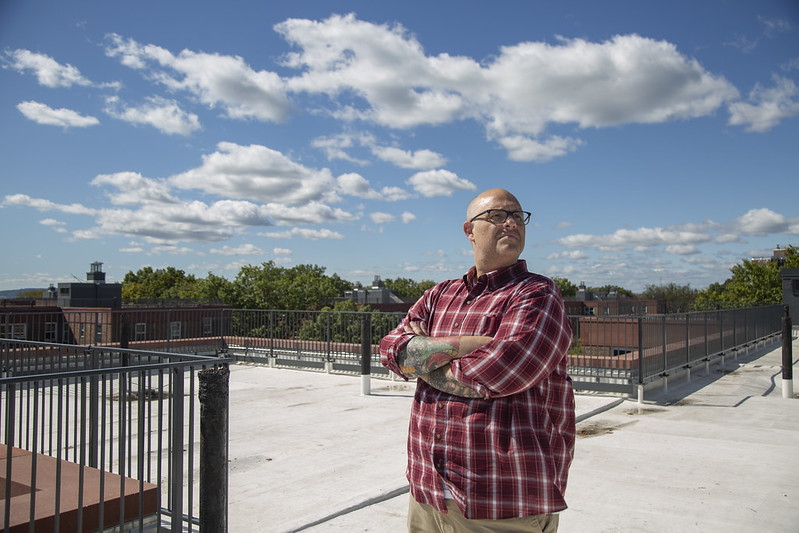 Following the severe destruction across the city from Hurricane Ida, City Council Member Justin Brannan is urging immediate measures to better equip the city to withstand severe storms in the future and “our new climate reality.”

Brannan, a Democrat who chairs the Council’s Committee on Resiliency and Waterfronts, appeared recently on the Max Politics podcast from Gotham Gazette to discuss his oversight of the city’s resiliency efforts, including a recent hearing he co-chaired to evaluate what went wrong before and during Ida’s torrential and deadly downpour, and more. Seeking reelection this year, Brannan represents the 43rd City Council district, which includes Bay Ridge, Bensonhurst, Dyker Heights, and Bath Beach.

In the interview with host Ben Max, Brannan discussed issues of accountability and performance in city government, and his bid to become the next Speaker of the City Council, a very powerful perch whose next occupant will be selected by the 51 members of the Council in January, when the next class of Council members is seated.

“Never in a million years did I think that I would be an elected official,” said Brannan, when asked to introduce himself to listeners. “I always thought politics was a bunch of stuff that old guys with white hair argued about in Washington.”

A former punk rocker who eventually got involved in local civic affairs then became an aide to his City Council predecessor, Vincent Gentile, then an intergovernmental official at the Department of Education before being elected in 2017, Brannan said among the issues he expected to tackle when in office, a global pandemic was not one of them. However, he said that the pandemic should serve as a reminder of the need for collectivity among New York City residents and has tested the importance of good, local constituent services.

“Certainly when I ran for office, I never thought that I would be attempting to govern during a pandemic, but here we are,” Brannan said. “But it definitely reminded us all of how interconnected we are and how my health and safety and well-being is related to my neighbor’s health and safety and well-being. If they’re not well, I’m not well. If they’re not safe, I’m not safe.”

One of few seats in city government where general elections can be competitive, Brannan’s district includes a great deal of diversity ideologically, as well as in other ways. Brannan called it a “microcosm for America.”

“It’s not like most of the majority of the city where if you’re a Democrat and you win the primary it’s all done,” said Brannan. “We still have competitive general elections. Democrats don’t win by landslides.” Brian Fox is the Republican nominee hoping to unseat Brannan this fall.

Asked about governing while representing the district and working with a wide variety of constituencies, he said, “It definitely helps make me a better elected official because you have to thread some of those needles and you also have to know when to listen and when to lead and when to take what might be an unpopular position because it’s the right thing to do.”

On the central topics of the interview -- Brannan’s oversight role regarding city resiliency efforts and the city’s ability to handle severe weather, as well as broader issues of government (dys)function -- Brannan expressed frustration. The city’s lack of progress implementing adequate resilience measures, taking the needed urgent action to prepare for the impacts of climate change, and generally upgrading its antiquated infrastructure in an equitable way throughout the city. He also called for and expressed optimism about the passage of his bill mandating the city create a five-borough resiliency plan.

“We’ve never seen anything like this,” he said of Hurricane Ida’s record rains. “This new climate reality and the climate crisis is very much here now.”

The hearing Brannan recently co-chaired featured testimony from representatives of the Mayor’s Office of Resiliency, the Department of Environmental Protection, the Department of Transportation, and Sanitation Department, and the MTA, but he said it did little to quell his concerns about the city’s vulnerability to disasters.

“I think I went into it and I left it with the same idea, which is that we’re just not remotely ready for the next superstorm,” Brannan said. “For me, it proved what a lot of us had been saying: that the city hasn’t really accomplished very much outside of lower Manhattan in the years since Hurricane Sandy.” Parts of the city, particularly along its coastline, have not completely recovered from that storm, he said, just ahead of the ninth anniversary of its impact.

“A lot of this stuff just requires coordination on every level that is not always the default position for different levels of government,” Brannan said. “We have to have city, state, and federal all working together.”

Brannan stressed that it wouldn’t necessarily require major policy changes in order to implement suitable resiliency measures, but better coordination and management. He praised mayoral frontrunner Eric Adams’ understanding that simple tasks, such as increasing the capacity of sewers or pruning trees, are essential to fortifying the city against future storms, as well as raising confidence in city governments.

“I think Eric is great on this stuff because he understands that there is immediate stuff that the city can do,” said Brannan, who endorsed Adams in the Democratic primary. “The fact that Eric Adams would appreciate something to the relation between tree pruning and the climate crisis is great because it might not make that connection, but it’s all related. That’s sweating the small stuff, and those are the things in the here and now are actions that we can take to mitigate the reality of climate change.”

“It’s about sweating the small stuff,” Brannan said when pressed on how to improve government’s delivery. “When the government fails people on the smallest and most immediate levels, then we can’t be surprised when people don’t trust the same government on the bigger issues. If you can’t get the sewers cleaned out, then how are you going to trust that same government to run a health-care system?”

“If we’re still installing sewers with the same capacity, what are we doing?” Brannan asked rhetorically, referencing that the city’s antiquated sewers are mostly built to handle 1.5 to 2 inches of rain per hour, not the 3 inches an hour of record rainfall during Ida. “Why would we be expecting a different result? It’s concerning.”

In 2019, Brannan and then-Council Member Costa Constantinides introduced legislation to mandate that the mayoral administration creates a five-borough resiliency plan to shield neighborhoods from rising sea levels, dangerous weather, and other climate threats.

“I’m optimistic and I’m almost confident that we’ll get it done,” Brannan said of passing his bill to mandate that plan, even though there are now just three months left in this Council’s term and the second and final term of Mayor Bill de Blasio. “It’s something that should have been done a long time ago, something that probably shouldn’t have required legislation, but whatever, let’s get it done.”

When questioned about his bid for City Council Speaker, Brannan expressed optimism about the incoming class of Council members and underscored the importance of the position in helping Council members to best represent their districts.

“I think the class of 2022 is shaping up to be full of just incredibly smart, and diverse and talented public servants,” Brannan said of that next class, which will be about two-thirds new. “I think when the job is done right, the speaker shouldn’t be in the spotlight. The speaker should be behind the scenes helping these members shine and deliver for their districts.”

“I really see the role of the speaker as the manager of the baseball team,” he continued of his philosophy and pitch to the returning and new members whose votes he’ll need to win the post. “The job is really to wake up every day thinking ‘how can I  make sure that everyone has what they need to deliver for their districts?’”