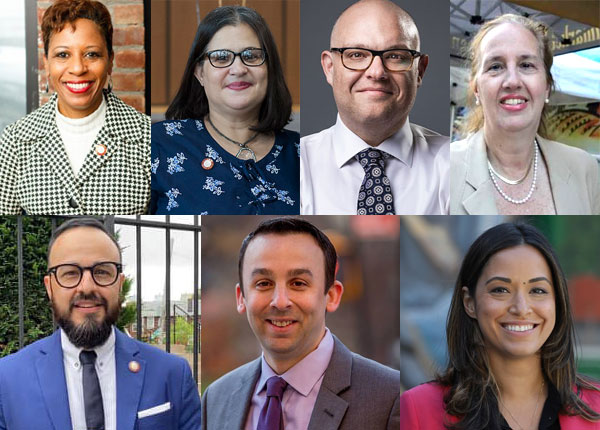 The seven candidates to be the next City Council Speaker, all Democrats, have in recent months joined the Max Politics podcast from Gotham Gazette, discussing their government work and Speaker campaigns with host Ben Max. The candidates — Adrienne Adams, Diana Ayala, Justin Brannan, Gale Brewer, Francisco Moya, Keith Powers, and Carlina Rivera — are all returning to the Council (though Brewer is doing so after an eight-year tenure as Manhattan Borough President) and mostly represent Manhattan, Queens, and Brooklyn, though Ayala's district includes parts of Manhattan and the Bronx. They have chaired varied committees in the Council and had different legislative focus areas.

In the interviews, each candidate discusses in detail key aspects of their oversight, legislative, and/or other recent work in government and outlines the pitch they've been making to Council colleagues as to why they should be the next Speaker.

The City Council Speaker is in essence the second most powerful elected official in city government, but not chosen by voters across the city, instead selected by the 51 members of the City Council in an internal vote influenced by many outside entities, including other elected and appointed officials, labor unions, and others. The Council Speaker has significant sway in negotiating the city budget, allocating tens of millions of dollars in discrentionary spending, making committee appointments, controlling the flow of legislation, otherwise setting a legislative agenda, and more.

Find all seven of the interviews embedded below or at Max Politics wherever you get podcasts.

Diana Ayala, Democrat, District 8 in Manhattan and the Bronx (November 2021)