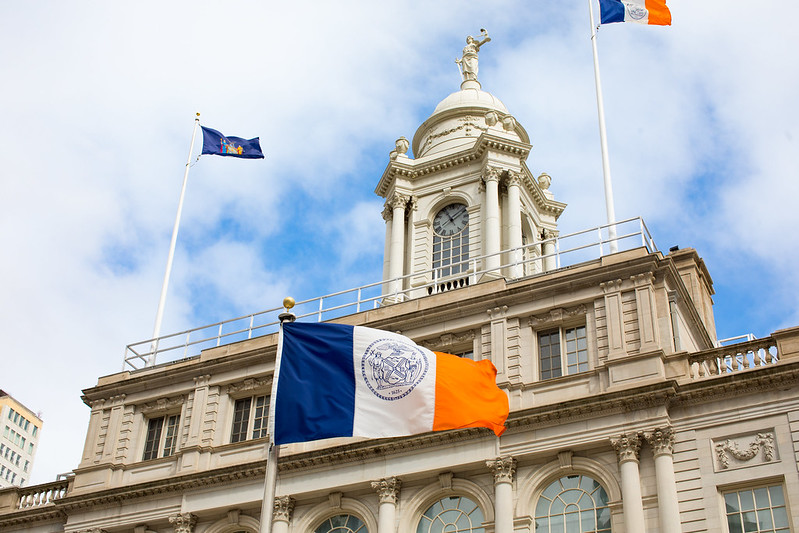 The New York City Campaign Finance Board is expected to take action Thursday against a slate of political action committees (PACs) as the agency continues to audit the 2021 city elections. The alleged violations range from failing to report contributions to not disclosing the individuals behind a corporate donor – gaps that make it difficult to track the flow of tens of thousands of dollars spent to influence voters.

They involve five entities known as independent expenditure committees -- or Super PACs, which spend to influence elections but are not allowed to coordinate with candidate campaigns -- that collectively poured more than $2.5 million into the mayor's race and down-ballot contests last year.

In one of the cases, the CFB alleges "1199 for Maya," a PAC run by the health care workers union 1199 SEIU that spent over $1.5 million in support of Maya Wiley's candidacy for mayor, failed to disclose the name of the individual behind what appears to be a $12,700 contribution made through a limited liability company (LLC).

In another case, "Amplify Her," a PAC that laid out $113,000 to support Wiley and Felicia Singh, a candidate for City Council, only reported $880 in contributions to the Campaign Finance Board.

A third spender that could face penalties, "WFP National PAC," also failed to disclose contributions. That case appears to refer to roughly $700,000 in donations the committee had previously reported to the State Board of Elections, based on publicly available state records.

Those three PACs and a fourth set to potentially face penalties, "NYSNA PAC," affiliated with the state nurses association, are all represented by Alexander Rabb, a political strategist and partner at the employment law firm Levy Ratner.

They are not scheduled to appear at the hearing. A fifth PAC, “Committee for Sensible Government,” which spent money on ads opposing Democrats Singh and Tiffany Cabán, is expected to address the alleged violations, which relate to failing to file invoices and other documentation.

"New York City’s strong disclosure laws are designed to prevent the 'dark money' we see in elections across the country, where big contributions are routinely hidden behind a corporate façade," said CFB Executive Director Amy Loprest in an email statement.

"In our city, an independent spender must disclose the leadership of any organization that contributes to it so we know the names of the people behind the spending," Loprest said.

The CFB meeting Thursday follows similar matters last month, including two other cases where PACs failed to reveal the people behind their LLC contributors and were fined by the CFB.

The expected enforcement votes come amid renewed scrutiny of campaign finance matters in the wake of Lieutenant Governor Brian Benjamin's resignation Tuesday following federal bribery charges related to his fundraising practices and alleged use of his government powers as a state senator to reward a campaign donor.

The penalties for the types of alleged violations being dealt with by the Campaign Finance Board are typically small compared to the spending power of the PACs. Last month, "Common Sense NYC, Inc." and "Voters of NYC, Inc.," two independent expenditure committees run by lobbyist Jeffrey Leb, were fined $750 and $2,000, respectively, for failing to disclose the leader of an LLC contributor. The PACs raised over $3 million in the 2021 election cycle.

Unlike a candidate campaign, there are no limits on how much an individual can give to an independent expenditure committee – or how much those committees can spend on behalf of a candidate – thanks to the 2010 Citizens United Supreme Court decision.

The State Board of Elections, the state's campaign finance regulator, recently came under scrutiny when it was revealed the agency had not enforced a 2019 state law requiring campaigns and corporate donors to both disclose the owners of contributing LLCs. Governor Kathy Hochul has raised nearly $400,000 through LLCs with no identified leader, according to a February expose from New York Focus and The City that uncovered the State Board’s lack of enforcement. In March, the Board announced it would begin looking into those types of violations.

Disclosure requirements around LLCs are meant to shed light on the individuals using corporate money to exert huge influence over the political process. In the case of the 2019 law, it helps ensure people do not exceed the legal limits for individual campaign contributions.

In the federal indictment against Benjamin, the former lieutenant governor is accused of trying to hide the source of fraudulent contributions made through an LLC from the State Board of Elections.

"What happens if someone refuses to provide the information," Benjamin allegedly asked his campaign staff. The campaign never disclosed the owner of the LLC, according to the indictment.

Tags: Board of Elections • Campaign Finance Board • independent expenditures